Joshua Turchin is the ultimate multi-hyphenate.

The 14-year-old star began appearing on Broadway national tours when he was just 9 years old, putting on award-winning performances that won him critical acclaim. He's a gifted actor and singer, of course, but he's also a songwriter and instrumentalist who's racked up more than a million followers on TikTok with his songs (including hilarious musical parodies), and he's the creator, host, writer, musical director and accompanist for a comedy variety show called The Early Night Show.

He's a busy guy whose career is definitely going places, and we got the chance to ask him all about where his work has taken him so far—and where it's going to take him next.

Sweety High: How old were you when you discovered your passion for performing? Do you remember a key moment when you realized it was what you wanted to do with your life?

Joshua Turchin: I have always had a passion for performing, but I don't think I knew it was performing back then. I used to just love to sing and get my friends to sing along with me. A key moment when I realized it was what I wanted to do with my life was when I watched Neil Patrick Harris host the Tony Awards in 2013. I remember watching him with the dog that played Sandy and seeing all of the kids in Annie and A Christmas Story performing. I was 7 and I told my parents and my piano and voice teacher at the time that I would be in A Christmas Story. Well, two years later, I was Randy in the Broadway National Tour of A Christmas Story! 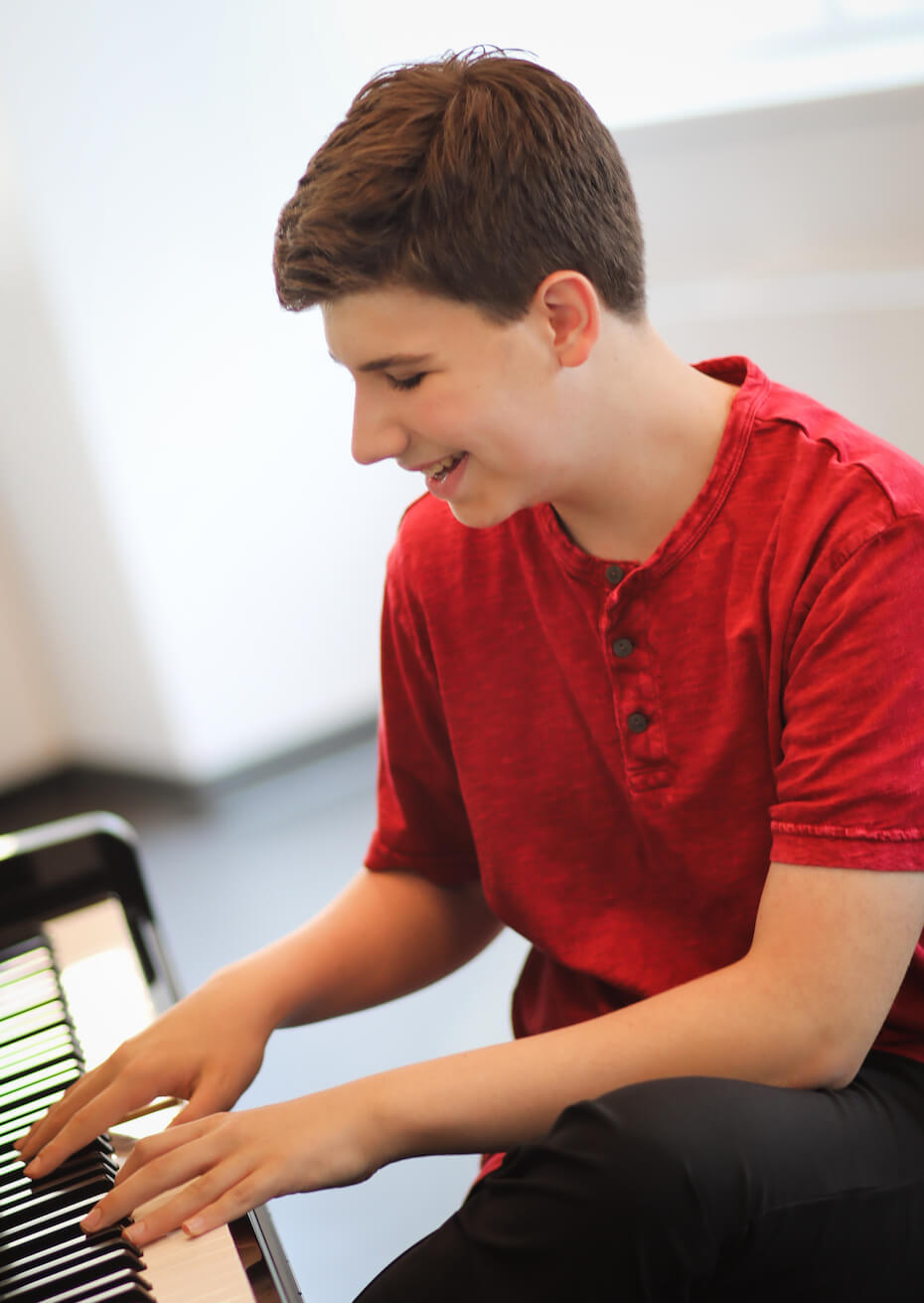 SH: Between being a singer and musician and being an actor, is there any one role you play that you're most passionate about?

JT: To be honest, I am equally passionate about all three! I love being a singer, musician and actor. I also love being a composer, lyricist and orchestrator. I feel that being on the creative side really allows me to dive even deeper into my roles as an actor, musician and singer because I like to try to remain true to the composer and lyricist's message behind the music and the story. It's always an honor to bring a creator's vision to reality and I take it very seriously.

SH: How did you come up with the idea for The Early Night Show? What types of things do you do on the show, and why is it important to you?

JT: I came up with The Early Night Show when I was 11 years old. I absolutely loved late-night TV and the whole variety show aspect of it. I realized that there wasn't much out there for kids my age. I was also very aware of the fact that in NYC, many of the kids who were on Broadway were aging out of their roles because of their height or maturity. So, I wanted to come up with something that would showcase as many people as possible in a really positive and fun manner. The Early Night Show premiered live in NYC in August of 2018 and I had a show every few months in NYC until the pandemic.

When NYC (and the world) paused, I decided to reimagine the show to support other performers who found themselves out of work. I also wanted to give as many performers all over the world an opportunity to perform, especially when their shows were canceled or postponed due to the pandemic. It has been such a positive experience and I've been able to connect with so many different professional performers all over the world, from the West End to TV and movie stars to Broadway, and rising performers as well. It is so important to me to have this platform to support other performers so we can empower each other during this challenging time. While the "business" may be competitive, I like to make sure that The Early Night Show is a positive and supportive force in the entertainment industry.

SH: What's been your career highlight so far?

JT: I have loved being in a Broadway National Tour, off-Broadway and working on a few TV shows. However, one of my absolute favorite moments was playing Flounder in the Hollywood Bowl's production of The Little Mermaid Live-to-Film. There was an all-star cast (Lea Michelle was Ariel, Peter Gallagher was Triton, Harvey Fierstein was Ursula, Cheech Marin was the chef and Ken Page was Sebastian) and we played for audiences of approximately 17,500 people in the Bowl. The most surreal moment, however, was the opportunity to meet and be on the stage with composer Alan Menken. His music has truly shaped me as a performer and it was such an honor to be able to sing one of his songs! Ironically, while I was out in L.A. waiting to perform, I found out that the musical that I composed and wrote when I was 11 and 12 was accepted and being produced at an International Musical Theater Festival in NYC and I was able to share that with Mr. Menken.

SH: What are all of the instruments that you can play?

JT: I love music, so playing instruments is just so much fun for me. In fact, I usually buy a new instrument after I finish a big job. Some of the main instruments that I play are piano, drums, guitar, electric guitar, accordion, ukulele, melodica, harmonica, cajón, recorder, banjo and glockenspiel, but I really love exploring the sounds of new instruments!

SH: Where are all the places we can catch your work at the moment?

JT: You can catch my new music on Spotify: I will be releasing two new singles really soon that I'm really excited about, so definitely make sure to check it out and be on the lookout! All of my original music, as well as covers, are also up on my YouTube.

The Early Night Show is available on Broadway Podcast Network, or wherever you download your podcasts. The web series is available at www.theearlynightshow.com.

I also post a lot of new music, parodies and orchestrations on my Tiktok  and on my Instagram.

If you are interested in the Luca-inspired musical that I have been working on, you can connect with me and many other wonderful people in the Discord.

As an actor, you can hear me in one of the recent episodes singing in Apple TV+'s new musical comedy, Schmigadoon!, and you can catch me in the upcoming season on the hit Amazon Prime series, The Marvelous Mrs. Maisel. 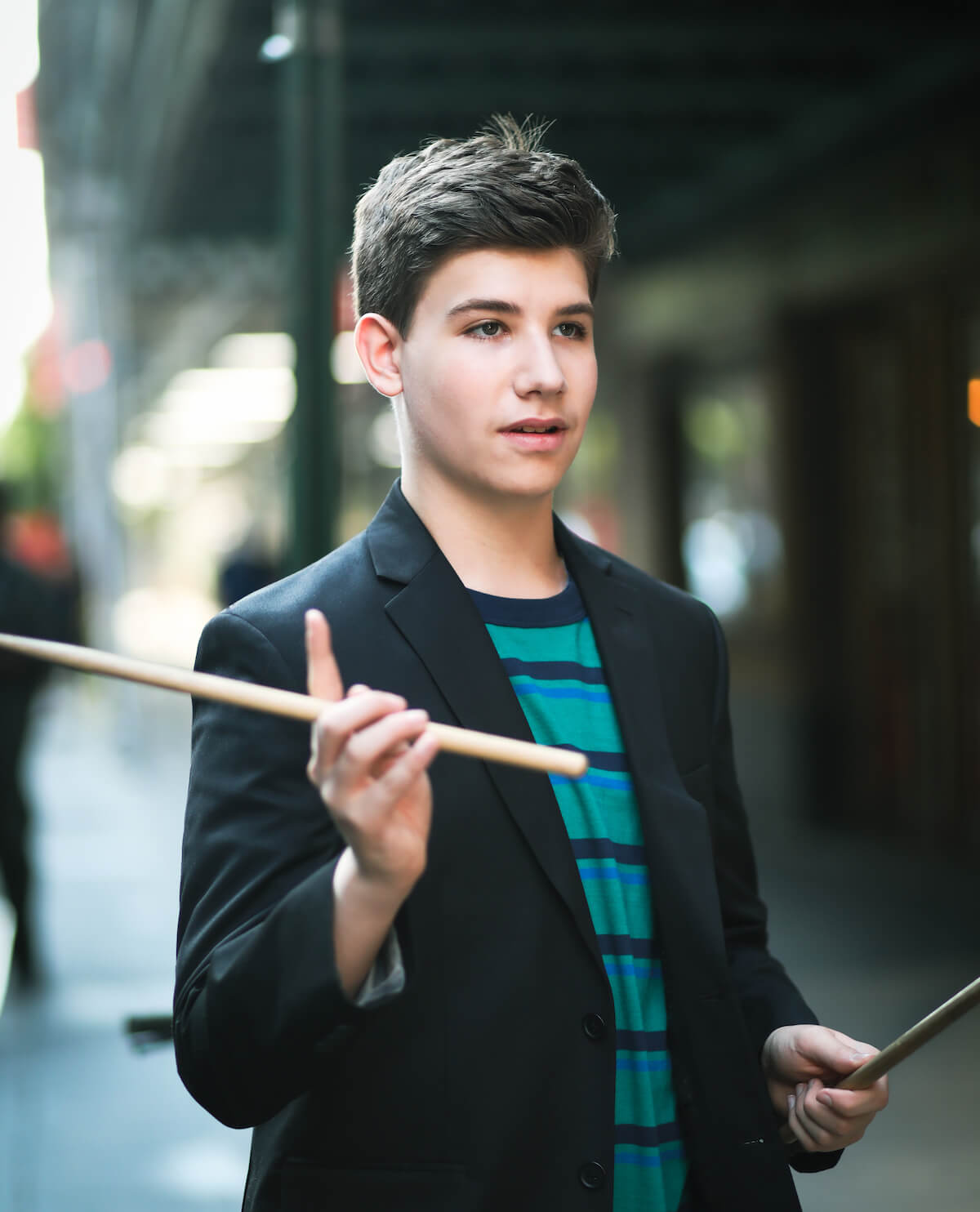 Love discovering new talents? Click HERE to discover everything you want to know about actor and TikTok sensation Walker Bryant.