After falling in love with Julia Wolf's music in 2022, we were eagerly anticipating the arrival of her debut album Good Thing We Stayed, and now that it's here, it's clear it's been entirely worth the wait.

Good Thing We Stayed is a powerful reflection of sorts, consisting of the moments and memories that have made the biggest impact on the human being she is today. After almost giving everything up, moving to another country and moving on to an entirely different life, she decided to stick with music after all—and we're glad she stayed, too. Its 10 tracks are raw and personal, balancing vulnerability, humor and darkness, to create a pop album worth blasting on repeat. We can't get enough, and we had the opportunity to chat with Julia all about the album and discover what this debut means to her.

Sweety High: What does the album name Good Thing We Stayed mean to you?

Julia Wolf: It reflects back to a time a few years ago when I reached a low point. I was utterly burnt out and ready to give up on music, after years of hitting so many roadblocks and never being able to bring the sound to life. My father saw the state I was in and randomly suggested moving to Italy to start a business and life over there and I was completely gung ho for the idea. But after we sold our house and I was packing up our room, my father just as randomly sat me down and called the whole thing off believing that we had to stay for my music. Two months later I met my producer Jackson and everything started from there, so it really was a good thing we stayed. 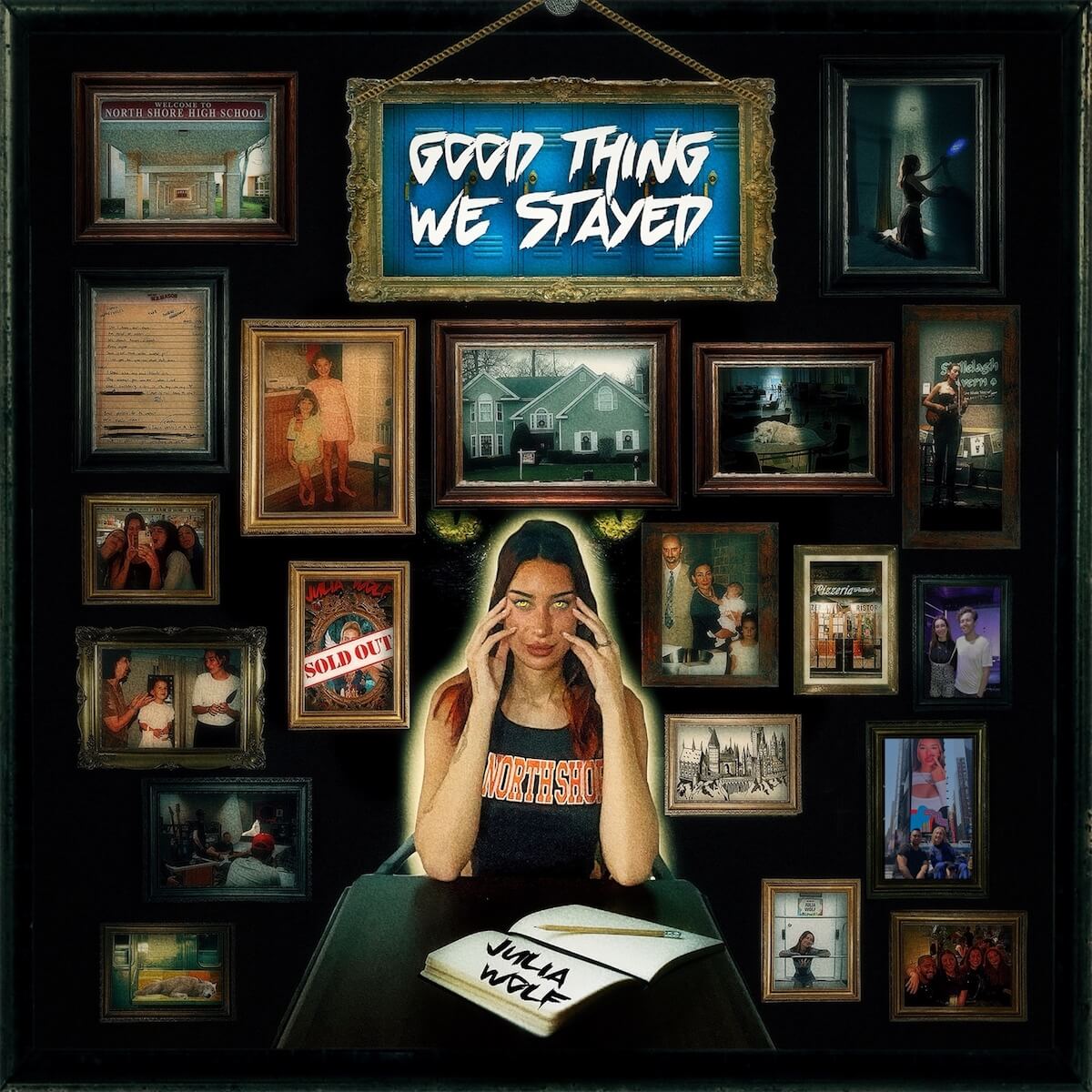 Also read about: Hayes Warner Pokes Fun and Channels the Butterflies of a New Crush in 'Shut Up'

SH: Why did that title feel like the perfect summation of this group of songs?

JW: These songs go through the 4 a.m. wake-up calls to a day job and falling asleep on train rides home from late-night studio sessions. They go through the countless times I've been underestimated and overlooked because of a quieter disposition. It was a cycle of failed collaborations and dead ends over the span of several years that burnt me out and had me doubting my dreams constantly. But the whole point is we never gave up. I always forced myself to keep going and teach myself when necessary. It holds the truth about how we got here today in the simplest of words. If we hadn't stayed, I would be living someone else's life right now. It's a phrase I find myself saying constantly.

SH:  What do you feel are the overarching themes of the album?

JW: Betting on yourself. One day in the studio, Jackson, my producer and main collaborator, said something I'll never forget. It was early in my career and I was complaining about being too shy to post on Instagram stories. I didn't ever speak much back then and the thought of doing it so publicly mortified me. He just turned to me and said "Julia, if you don't do it, someone else will." That changed everything for me. That's the theme here. We have to understand that we wouldn't let ourselves dream about things we didn't think we could achieve. No matter how frightening it is, go after it. No matter how lost you feel, never give up.

SH: What kind of feel do you hope fans take away from the album?

JW: I want them to feel empowered and much more encouraged to go after their wants in life. All these songs are written from the perspective of a girl in her 20s who's had horrible anxiety her entire life. But if I can do this, if I can grow and force myself out of my shell to start gaining this confidence, then anyone can. I want fans to feel seen and know I'm going through the same things they are. 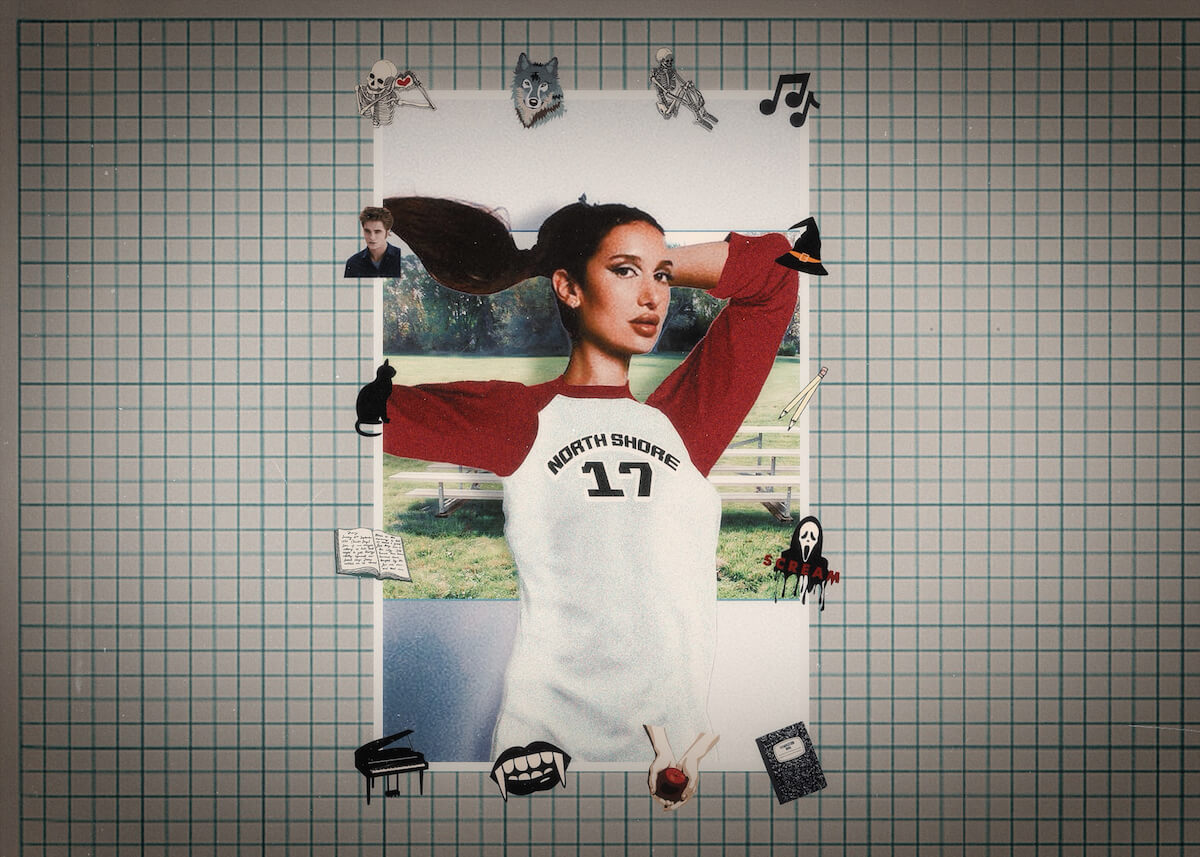 SH: How would you describe the album's sound?

JW: I took this album as an opportunity to experiment a bit with different versions of me that exist sonically. We will always have heavy 808s and layers of harmony, and I will always take influence from my favorite rappers, focusing most on flow and lyrics before anything else. But there are softer moments in here. There are beats that stay stripped and subtle to highlight what I'm trying to say.

SH: Production-wise, how did you go about bringing these tracks to life?

JW: Fortunately, I was able to be in the room with Jackson for all of these. Nothing beats hearing a song come to life! He's someone who understands me and the sound I gravitate towards, and that's what makes us work so well. I'll usually send a cappella version of me singing with a melody in mind and when we get together we just flesh out how we think the beat should surround it. We agree on so much, so effortlessly, that a lot of it is super instinctual. The 808s make their appearance early on—I can't help it.

Also read about: Lara Andallo Talks 'What U Want,' Growing Up Filipino and Her R&B Inspirations

SH: How do you feel that these songs represent where you all are in life right now?

JW: Many of these songs represent earlier days in our careers when we were facing many challenges that people didn't know were happening. It feels like this album is a chance to explain how things never happen overnight, no matter how much it may look like that on the outside. Songs like "Now" also take a moment to reflect on how far we've come and appreciate all the goals we've been able to cross off the list this early on.

JW: My favorite song is actually "Sad Too Young"! This is probably the most honest song I've ever written about myself as a person and what makes me me. It's not a subject I dig into too much, but there are things in my childhood that shaped me as an adult and still really affect me to this day. There's so much to unlearn and it's a struggle. I think when you grow up with that much shame and anxiety, you don't allow yourself to live in the moment ever and it makes connecting with people that much harder. There's no solution in this song, I was just hoping to be understood by people a bit more as to why I do certain things that I do. Everyone has their reasons, and this is mine.

SH: Was there anything that surprised you about the process of recording and putting together your debut album?

JW: Back when I first started releasing music, it was only singles for the longest time. I thought maybe I would struggle with deciding a concept or knowing when an album would feel like it was in the works, or complete, even. But to be honest, there were just certain studio sessions where we would finish songs like "Rookie of the Year" and know it was meant to be a part of something more. So we kept them and waited until finally, there was a collection that felt like it had covered everything I wanted to say in regard to this journey. Everything came together quite seamlessly, from the artwork down to the order of the tracklist.

SH: How are you feeling about releasing this debut album to the world?

JW: It's been such a long time coming, I can't stress that enough. I've been waiting for ages for this and now that it's here it feels like the closing of a huge chapter in my life and the opening of a new one twice the size. I'm excited to hear what fans think. I really hope they see, feel and relate to it, above anything else, and feel that extra push to persevere when that doubt starts to creep in.

Also read about: How Will Evans Tackles the Need for Validation and Comparison in New Single 'Already Gone'

JW: What makes releasing an album so exhilarating is the thought of getting to play it live! I'll be going on my first headlining tour this coming February and there is no better feeling than getting to meet people who support the music, because without them, I wouldn't be here! Truly am counting down the days to get these shows going!

For more with some of our favorite artists, click HERE to read our interview with Wyn Starks on his viral track "Who I Am."