Juliette Turner On Her Love Of Politics & The Constitution! 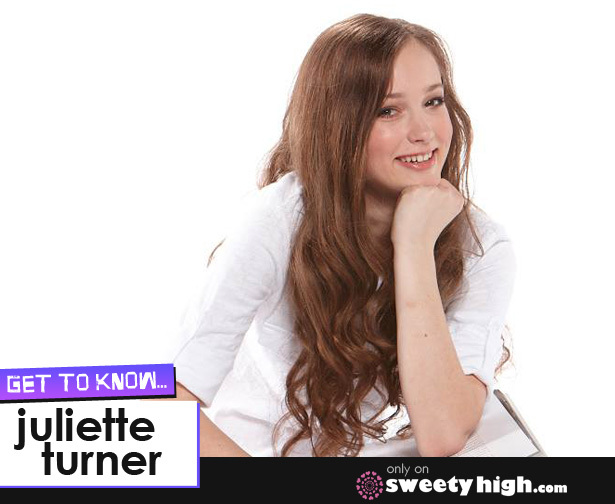 Juliette first got interested in the Constitution the spring break of seventh grade.

"I was sitting on a hammock, and my mother came up and said 'I'm going to read the Constitution to you,'" she said.

"We want our Constitution to be in our culture," she explained.

The message is particularly important to Juliette, as someone who's very informed about the U.S. political system and its history.

"My generation doesn't know, not only about the Constitution, but about America's history," Juliette said. "We don't want to sit down and read these pages and pages of textbooks of history. What we want is something that will fit to our attention span."

Most teenagers limit much of their news intake to 140 characters on Twitter or 6 seconds of video on Vine, she explained.

"We can't even watch six minute YouTube videos anymore," she said. "We watch six seconds of Vine. So what I did with my mom is make history fun and happy with sources and short synopses of information and lots of illustrations."

Since young people don't necessarily want to learn about the Constitution by traditional means, Constituting America takes a different approach.

"We want to hear it in music and TV and commercials and movies," she said.

Constituting America has kids compose their own songs about what the Constitution means to them. They can film PSAs and short films, or write speeches and essays to discuss the Constitution.

"What we try to do is make sure it does enter our culture because that's how people will know about the Constitution," she said.

Juliette started writing Our Constitution Rocks! when she was 12 or 13. When she was homeschooled for a year, she had a history assignment to write 90 essays on the Constitution. The book arose from those essays.

"HarperCollins On Demand picked up the book and it was published when I was 14, in 2012," Juliette said. "It was actually the 225th anniversary of the signing of the Constitution, so that was the perfect year to publish that book."

On her website, PoliKids, Juliette writes opinion editorials on the issues that matter most to her.

"I think it's very important for my generation to engage and debate on political issues, because only in that way can we become involved in our government," she said. "Many people think 'Oh, my voice really doesn't matter in our government, so I might as well not engage in the debate.' What I want to do is help engage my generation in debate, because the more people who are engaged, they'll learn to love and respect our democratic republican process of our government."

Most of all, Juliette just wants her generation to get involved and debate the issues that matter in America!

If you missed Juliette's interview earlier this week, be sure to check it out here! Also check out Our Presidents Rock! at Amazon or Barnes & Noble, and join our community at Sweety High!