JUNNY Reflects on 'Not About You – English Ver.' and His Debut Album, blanc

Kim Hyeongjun, better known by his stage name JUNNY, has always had a passion for songwriting. At just 14 years old, the Korean-Canadian singer was writing love songs to make pseudo-albums, burning the tracks he secretly wrote for his middle school crushes on CDs.

By the time he entered university, JUNNY knew that professionally making music was his only option, earning a degree in music production while simultaneously uploading his own music to SoundCloud. In a twist of fate, Luhan of EXO caught wind of JUNNY's songs and bought one of his tracks, jumpstarting his career in songwriting.

Now, at 26 years old, JUNNY holds an impressive roster of songwriting credits. He's the mastermind behind KAI of EXO's "Mmmh," IU's "Troll" and a mountain of NCT hits. But what truly drives JUNNY's genius is his holistic approach to songwriting. "I'm not a dancer, but if I was writing for someone like NCT, I'm going to imagine myself as one. I picture myself doing the choreography while singing these high notes and being nine different dudes," JUNNY explains to Sweety High. "I think about their image and style. I listen to a lot of what they released previously to figure out what range they would be comfortable at. As long as you're happy and comfortably singing and performing the song, I think that's when you can own it. It's like a magical fit." 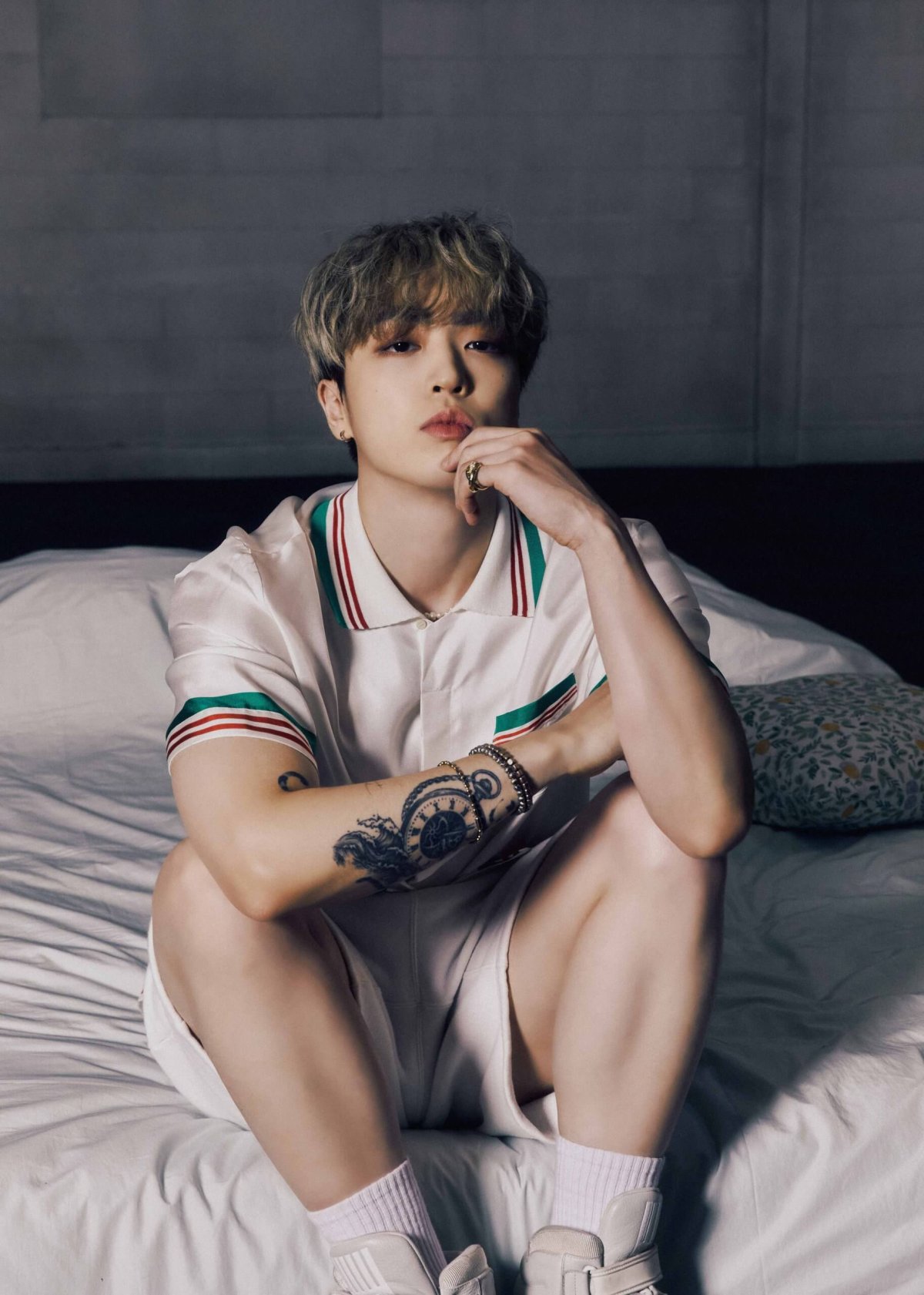 Also read about: HENRY Shares the Story Behind 'Moonlight' and Teases His Upcoming Album

With the release of his debut studio album, blanc, JUNNY proves that there's more to him than his pen. He's also a skilled performer—and if you were to watch any video from his latest string of live shows, you would think he'd been touring for years. And, as JUNNY chats to us on a Wednesday morning from Seoul, he's full of personality, sharing candid moments as he laughs with his dog and banters with his team. His passion is palpable through the screen while he answers our questions, taking the time to really think about each response. He's still coming down from the highs of his successful tour and excitedly anticipating his next one.

In the meantime, JUNNY has released an English version of "Not About You," the lead single from blanc and one of his personal favorites from his discography. "When I first wrote it, it was in English, and I really liked the sound. I started writing it and thought about its entire concept in English. The Korean version was the best I could do in terms of translation, but I really liked how the lyrics felt more personal in English," he shares.

"When we worked on the Korean translation, there were parts of the songs I couldn't say because my Korean isn't very good," JUNNY laughs. "I just had to keep studying it to make it feel like my own. I had a hard time doing that, but I got used to it, and then the song came out great."

Though the Korean version of the song is the one that made it on blanc in the end, there were still remnants of its English counterpart present. "'Cause, baby, you're so delusional," he sings. "It's actually my favorite part of the song. I like how the lyrics fit. There was no way I was going to change that into Korean! Delusional is a word that Koreans might not know well, but I just had to keep that in there."

Despite growing up culturally Korean and now living in Seoul full-time, JUNNY is transparent about his struggles with the language. "When I'm conversing with others, it's no problem. It's when you want to write lyrics, you kind of need to be able to think of different ways to express certain feelings," he says. "I can't always just say, 'I'm happy, I'm good, I'm sad, I'm lonely.'" Fortunately, he has a close circle of lyricists that help him, but he emphasizes that he's actively trying to improve his Korean in his own time. It makes sense—working hard is JUNNY's nature.

He's come a long way since starting his music career over a decade ago. JUNNY might have accidentally stumbled into songwriting for other artists through his chance meeting with Luhan, but without those early formative moments, he wouldn't be the artist he is today. "I never thought of myself as a songwriter," he begins. "I just wanted to write songs and make music for myself. After I got into the whole songwriting and producing scene, my skills definitely changed." 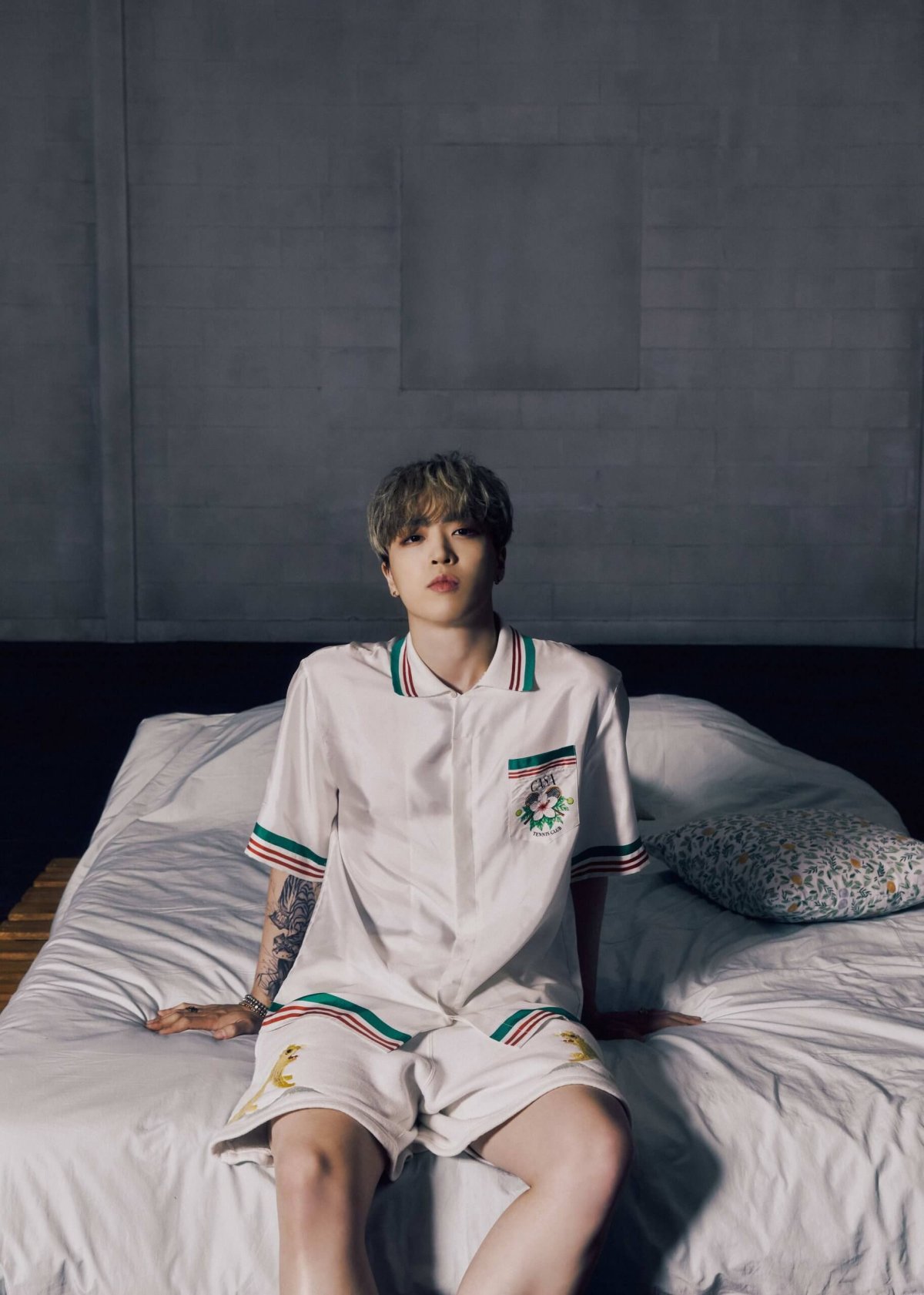 Also read about: Kang Daniel Bares All on Repackaged Album The Story: RETOLD

"[Through it], I was able to cut down section by section who I am and figure out what kind of music I wanted to make. I've become a totally different songwriter and overall musician. It helped me in a very positive way," JUNNY says.

Ultimately, JUNNY has learned the art of narrative, an influential element in the creation of his brainchild, blanc. Really, the debut studio album is a metaphor for this chapter of his life, being the face of his words and cultivating the JUNNY persona, all the while grappling with the woes of complicated relationships ("Not About You") and the impending doom of getting older ("boyhood"). He's painting the blank canvas of his new life, blending the paint strokes of Kim Hyeongjun and JUNNY to create his masterpiece.

There are plenty of layers to be added to this canvas, but for now, JUNNY is celebrating the project from this era, describing it as his proudest achievement. "It's not something everyone can know, but it's something that I can feel deep down. Everyone who contributed to blanc just worked really hard. We switched up everything that we could to fix it and make it as perfect as possible," he states. 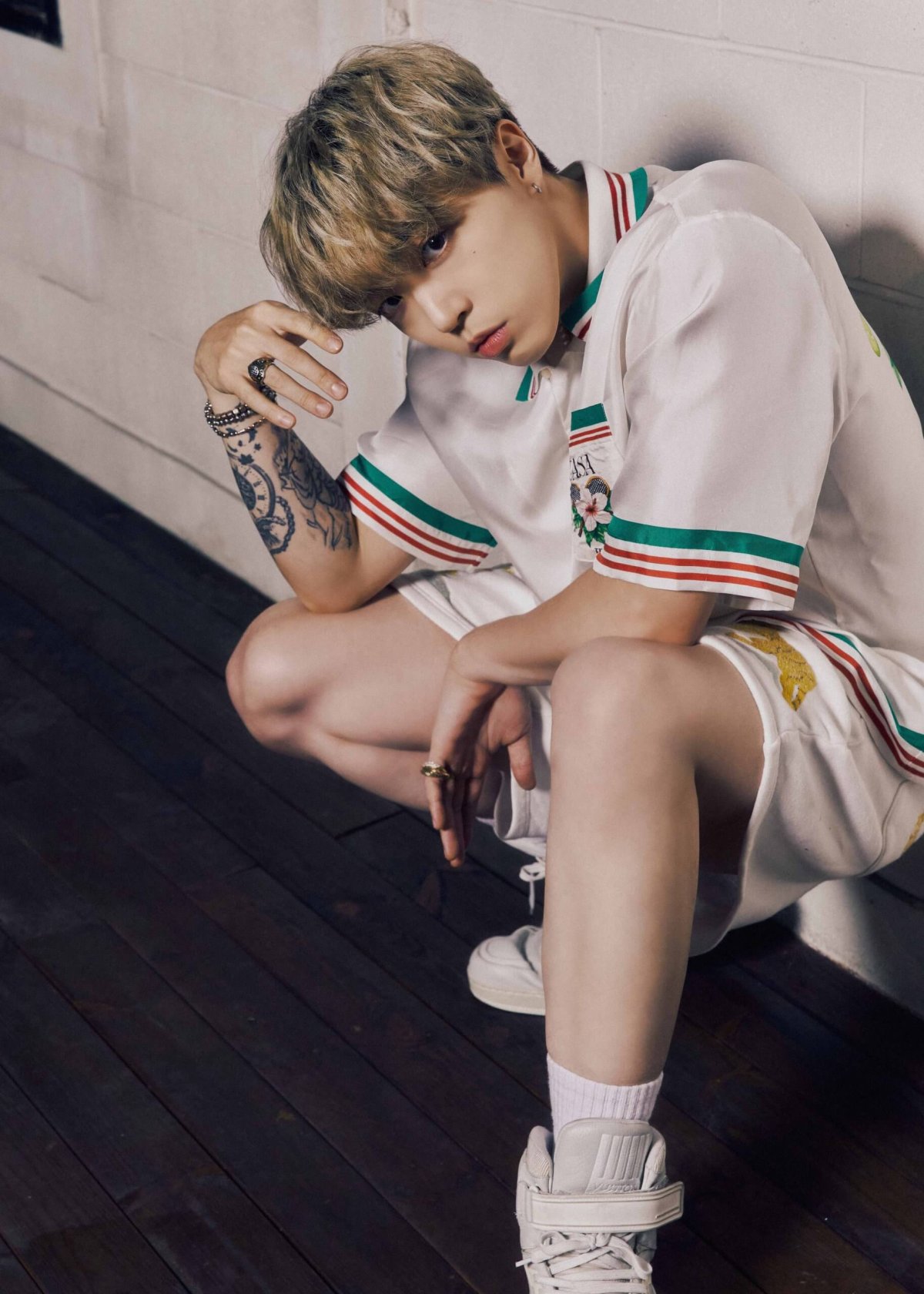 "I think that's what this album was about. Songwriting doesn't always have to be that way, but for this project, I really wanted to have no second thoughts, and that's why I like every single song of the blanc album."

JUNNY is a myriad of things—a diligent musician with a passion for every step of the process and a romantic who apparently "dreams in English" and loves his dog, but most importantly, he's fluid. For JUNNY, every experience is an opportunity to keep learning and growing. He's had a lot of firsts over the past year between his album and tour, perhaps leaving room for his next album to be his most transformative release yet.

"After this whole tour happened, I felt like a totally different person… I think the music will speak for itself. So, stay tuned," he says with a smile.

For more from our favorite artists, click HERE to read our interview with MONSTA X on their new Reason mini-album.