Everything You Didn't Know About Justin Prentice From 13 Reasons Why

Justin Prentice first caught our eye way back when he made an appearance on Glee.

From there, he made his way onto Awkward and iZombie, and now you'll be excited to hear he plays a major role in 13 Reasons Why, premiering on Netflix this Friday.

If you've seen Justin on your fave shows before, then you also know you absolutely can't miss his Netflix debut this week. Learn everything you've ever needed to know about Justin below! 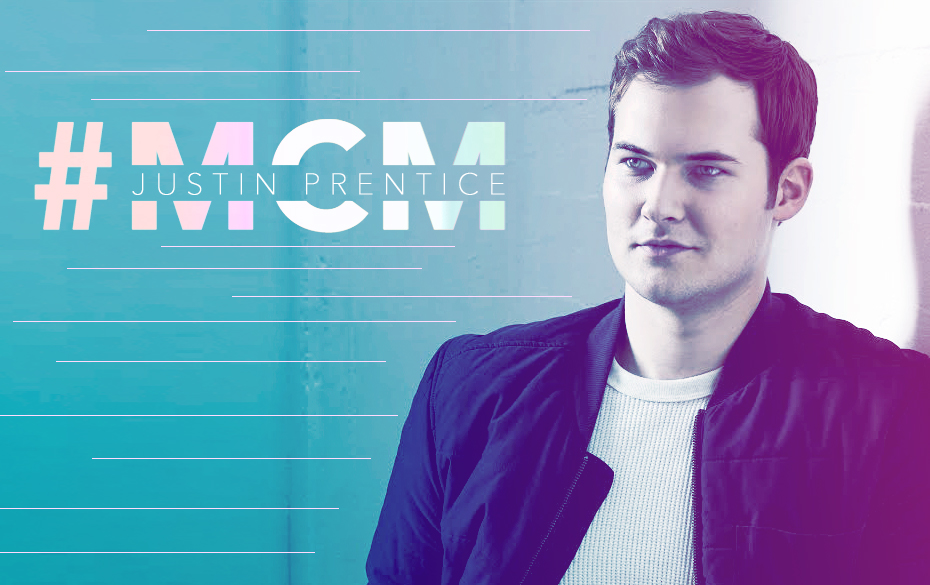 1. If it wasn't obvious, he loves his dog. "I grew up with a yellow Labrador Retriever back in Tennessee, named Gracie," he told Sweety High. "She's getting old, but she used to play fetch all day long, especially if there was a body of water involved."

Gracie fell asleep reading about my boy @blakeshelton in the new Men's Journal. I don't wanna say it bored her but… pic.twitter.com/wXeVjowSdY

2. He's a low-key Pokémon master. "I used to collect Pokémon and Yu-Gi-Oh! cards," he revealed. "I will admit that I still occasionally play both."

3. He loves cooking up crazy dishes in his kitchen, but for nights out he loves sushi. "When I was a kid, my parents would take me out for sushi on special occasions," he shared. Maybe you should stick to sushi, Justin. This marshmallow concoction looks… interesting, to say the least. ????

With great power comes great irresponsibility. No those aren't marshmallows. It's web. I'm a superhero. Shut up. #superhero #bittenbyaradioactivespider

4. He recently binge-watched The Crown on Netflix and loved it. Yep, that's what we'll be doing with 13 Reasons Why on Friday. Have your popcorn ready, everyone.

5. Moving to California without his parents when he was 13 proved to be tough for him. We totally understand why. They seem like they have a blast together!

6. His favorite movies include Good Will Hunting, The General, Deliverance, Training Day and One Flew Over the Cuckoo's Nest. "I could keep going, but I'll spare you," he joked.

7. He has traveled to quite a few cool places, but would love to go wingsuit gliding on his next major trip.

You know what we noticed? Justin is an Aries! If you're thriving this month like he is, then you'll relate to THESE 12 truths.