Justine Dorsey is an award-winning singer-songwriter who recently co-wrote the song "Best Worst Day Ever" with her sister, Kerris Dorsey, for the Alexander and the Terrible, Horrible, No Good, Very Bad Day soundtrack. 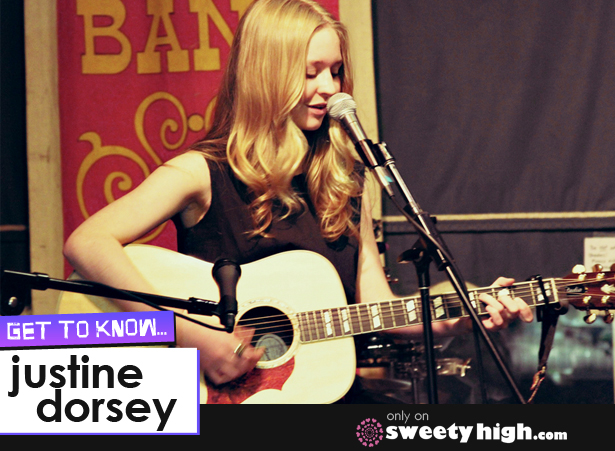 In a recent interview, we got the inside scoop on "Best Worst Day Ever" from Justine herself!

The director of Alexander, Miguel Arteta, knew that Kerris was a musician when he suggested she write a song for the film.

"He asked her if she wanted to write a song, and then she kind of extended the invitation to me," Justine explained. "We ended up just writing it together."

The duo drew inspiration from the film and one of its trailers.

"It was a genius move on Kerris's part, because she was watching the trailer with the tagline 'Get ready for the best worst day ever,'" Justine said. "Kerris was like, why don't we just call the song 'Best Worst Day Ever?' and it It all kind of snowballed from there."

The sisters wanted the song to be positive, inspirational and empowering.

"We were really conscious of what the movie's message is, about overcoming bad days," she said. "We'd seen some clips from the movie and we got a feel of what it was all like, and we tried to capture the energy of the movie in the song."

So far, the song has delighted fans, as well as Justine and Kerris Dorsey themselves.

"It's like the equivalent of a sugar rush, only it's good for you," she said. "It's happy but not it's not shallow. It just makes me really happy when we play it."

Justine and Kerris also had the opportunity to star in the music video for the song together.

"That was one of the easiest video shoots we've ever done because it was at our house," Justine said. "The bedroom in it is my bedroom, the backyard was my backyard, and it was really fun and really relaxed.'

The two also used the opportunity to sport their favorite styles with help from the vintage-inspired brand, Wildfox.

"We really love Wildfox," Justine said. "That's not a plug, by the way. We just really love the brand, so we wore as much of their clothing as we could, and we had a tea party in our backyard. At the end of the night, everyone just got Thai food and kind of hung out at my house."

Justine Dorsey has a lot of experience as a songwriter, winning the Singer/Songwriter of the Year award at the Malibu Music Awards.

"That was realy cool because I didn't really expect it at all," she explained. "I just went in and I thought it was going to be a fun night of music and was so surprised when I got an award. It was really cool."

Her debut album releases next year!

"Right now I'm in the process of recording a couple of singles that we're going to be releasing in a couple weeks," she said. "Each one of them is going to have a music video and then it's all gearing up for my debut album. I'm really excited about it!"

Check out Justine Dorsey's music on her official site here and join us at Sweety High for updates on all things Alexander and the Terrible, Horrible, No Good, Very Bad Day. Our interviews with Justine's sister, Kerris, are also listed below!