Get To Know the Voice Behind Riley From Pixar's "Inside Out"

Disney and Pixar's Inside Out broke big records over the weekend, taking in $90 million in the U.S. to make it the biggest original movie opening in history. Kaitlyn Dias voices the main character, Riley, in the film, and we spoke with her just last week to find out all about her fav things and her experience recording Inside Out!

Katniss, because Cinna, her stylist, is amazing.

What's your favorite thing about yourself?

Probably my singing voice. I just love to sing.

Which Disney princess do you relate to most?

Merida. The archer thing is pretty awesome and she's not afraid to go after what she wants.

I'd have to get back to you with a list for that one. It's a LOT of different people! 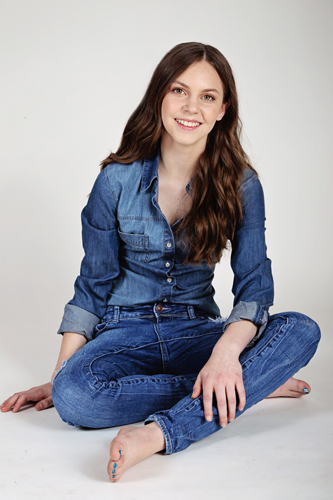 What drew you to the script of Inside Out? How old were you at the time you recording everything, and did you relate to your character, Riley?

I actually didn't get to see the full script before action. All I knew was that it was Pixar, and that was exciting enough for me.

I was about 11 at the time. We're both definitely total goofballs. I'm always all over the place doing wacky stuff with my friends.

What is it like to record your voice for an animated movie? Did you get to spend any time in the studio with the other actors involved?

The actual recording was easy. I've always been good at picking things up right off the page and putting a lot of emotion into them. But then watching the movie back, I was like, "Wait. That's my voice. Where's my face? Oh wait, it's Riley's voice now, apparently."

Unfortunately no, I did not get to record my lines with the cast. It was just me in the booth. But afterward it was mind-blowing to be able to meet such wonderful people who I had seen on TV so many times before and who I really looked up to. That was definitely a good day for me. 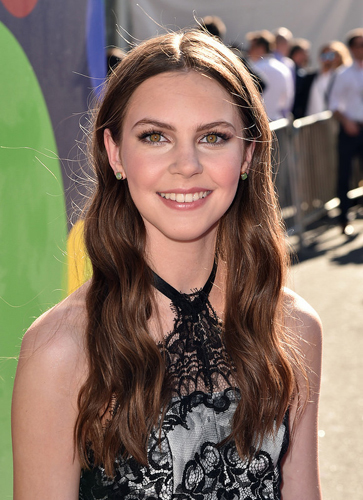 Out of Joy, Sadness, Fear, Anger and Disgust, who do you relate to the most? Why?

That would be Joy. As she says in the film, there's always a way to turn things around. I always love looking at things in a positive light and trying to figure out how to find the fun in everything.

Why should our readers check out Inside Out?

It's an amazing family movie. No matter what your age, you're going to enjoy it, and you'll also take something away from it as well. But a fair warning to all people, bring tissues!

Inside Out is in theaters across the country now! Share your thoughts on our interview with Kaitlyn in the comments and check out more Inside Out news, plus our exclusive purple carpet interviews with Kaitlyn and more, below!