Kayleigh Rose On Her Musical Journey, Influences and More!

Kayleigh Rose is a 16-year-old artist from Springfield, Missouri who has been winning over audiences across the country with her unique voice. 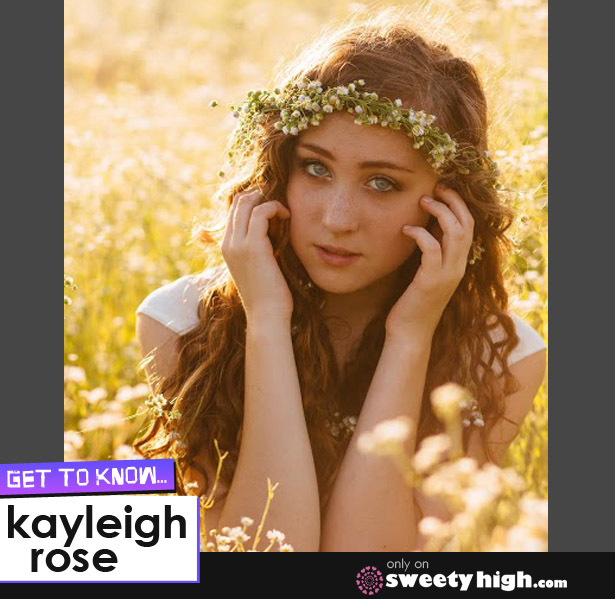 In a recent interview we spoke with Kayleigh to learn all about her musical career and more!

"Most of my family member's hobbies don't involve music, but they fully support me in my music," she said.

Kayleigh wasn't aware of her own musical talents for years. She first tried her hand at making music in the 8th grade for her school talent show.

"I had never sang and I hadn't been playing piano for very long," she said. "I was very nervous, but I made try outs and most people were very surprised when they heard me sing for the first time."

Her listeners weren't the only ones who were impressed.

Kayleigh's first appearance onstage was a bit terrifying, but a huge moment in her life as a musician.

"When I was on stage, I was so nervous singing that I was shaking," she said. "Soon the crowd got into it and the people were listening, not just hearing. Actually listening. That's my ultimate goal, to guide people to listen to the music."

Today, Kayeligh is a pianist as well as a guitarist. As piano is her first love, it's her favorite instrument to play.

Her favorite part about making music is its incredible transformative quality.

"Music takes me to another world, where I don't have to think," she explained. "My mind goes numb and I am completely enthralled with sounds."

She defines her musical style as "piano pop." Her influences include Pink and Adele.

"I have great respect for them and their music," she said.

In the future, she plans not only to write more music, but to also get back to the recording studio and do more live performances

"My next step is to… get out and perform for more people to hear me and to entertain them with some valuable music," she said.

Last but not least, she wanted to thank the people in her live for their unending support.

Check out Kayleigh's original song "I Don't Love You" below and be sure to follow Kayleigh on her Twitter and Facebook. You can also share your own musical adventure with us in our community at Sweety High!