Here's Everything You Need To Know About 'TOUCH' Singer-Songwriter keshi

Vietnamese-American singer-songwriter, guitarist and producer keshi is currently all over the Billboard charts, and that success is well-deserved.

keshi truly is a mastermind, touching every aspect of the music he creates and seamlessly switching between multiple genres, and it's no surprise that his loyal fanbase consists of millions around the world. His newest single, "TOUCH" is as enchanting as it is steamy, and gives us just a taste of his upcoming debut album, GABRIEL, which is available for preorder now.

He's also going on tour throughout Europe and North America beginning in April, with many of the dates already fully sold out, so if you haven't snagged your tickets yet, now is the time to do so. Keep reading to discover everything we learned about the artist as our latest Man Crush Monday. 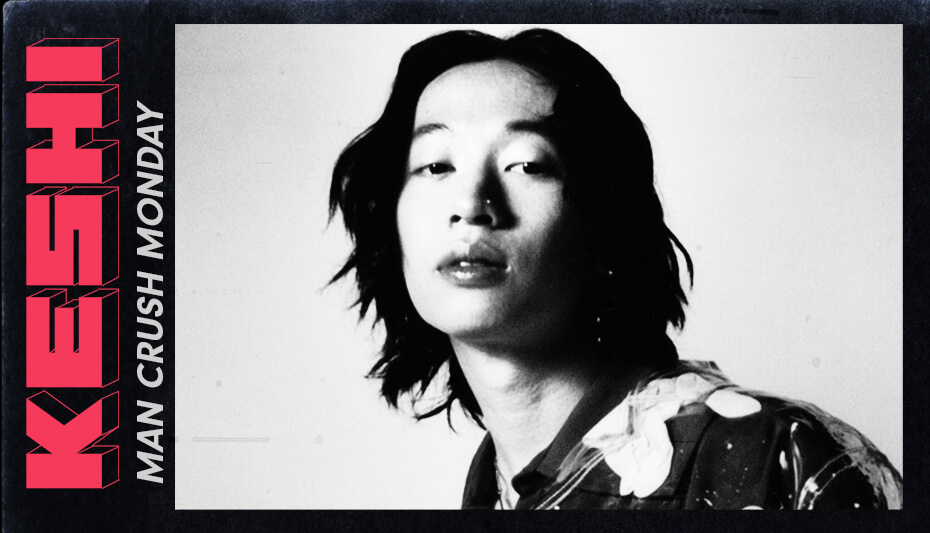 1. keshi's fiancé makes him laugh more than anyone else.

"This was answered in complete honesty, and not at the mercy of anyone else concurrently in the room with me."

2. Japanese-inspired wide silhouettes are his favorite style trend at the moment.

"I have always loved interesting cuts of clothing but have never quite had the time to be able to scour about and amass a big collection of stuff that I like to wear regularly. I've luckily fallen into the hands of someone who's able to help me with that, so my wardrobe's finally been elevated to where I've always wanted it to be."

3. He sees Attack on Titan's Eren Jaeger as a big inspiration.

"I think about (him) quite often when I hit the gym. This is a serious answer, I'm not even joking. 'Tatakae.'"

4. keshi was a tennis player growing up.

"Definitely the kind of sport where you have to figure out the game on your own. You don't have a team to rely on—it's just you and whoever's on the other side of the court. Definitely helped nurture a sense of confidence in my independence."

5. "Here We Go… Again" by The Weeknd ft. Tyler the Creator was the last song stuck in keshi's head.

"I just love the chords and the synth choices. It's been on repeat since it came out."

6. He would love for Keanu Reeves to play him in a movie about his life.

7. His favorite superhero is Spider-Man.

"Spider-Man is the greatest superhero in the universe, hands down."

9.  He couldn't live without the TikTok app.

"I have a problem, I can admit it. Definitely on for at least an hour every night before bed. It's become quite a nighttime ritual for us."

If you're as obsessed with "TOUCH" as we are, click HERE to read our interview with keshi on how the track came to be and its true meaning.