Chances are slim to none that we'll get our hands on the official version, leaving us extremely curious about how they might smell in real life. To satisfy that curiosity, we attempted to make our own.

Before we start, do not try this at home. You've been warned!

Because we were making a bath bomb,  we decided to start with the ingredients of a basic bath bomb recipe, minus the scented essential oils. We began by combining the dry ingredients of baking soda, citric acid and Epsom salts in a big bowl.

Next up, for an authentic KFC flavor, we added the 11 herbs and spices of KFC's Original Recipe. According to KFC's Wikipedia, they are:

We added each of these to our dry bath bomb ingredients in the same proportions, mixing well to get the mixture nice and spicy.

Last but not least, we combined the wet ingredients for the bath bomb, including water, olive oil and different hues of food coloring, to get a nice disgusting brown shade. To make our bath bombs authentically chickeny, we also broke up a chicken bouillon cube and mixed it in for good measure. It smelled a lot like chicken soup, but the color betrayed that what we were mixing was grosser than soup.

After pouring the liquid into the dry mixture, we stirred well until it was a wet dog food-like consistency and turned a light toasty brown. As the chicken stock-y liquid started mingling with the spices, the result did smell like well-seasoned chicken. Again, the appearance made the experience pretty unappetizing.

Lastly, once everything was thoroughly mixed, we scooped the goo up into molds and let them sit overnight.

The next day, we removed our bath bombs from the molds. Possibly due to the addition of all the herbs and spices each resulting bomb was far less stable than a regular bath bomb. Rather than a solid ball, they were crumbly like packed balls of wet sand. 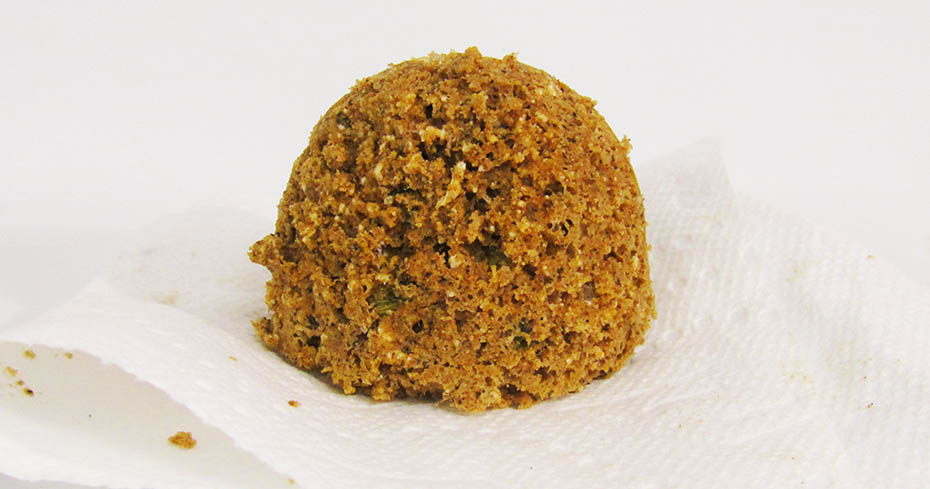 The moment of truth came when we finally dropped them into a big bowl of warm water. Immediately, it fell to the bottom of the bowl. Rather than fizzing, initially, only big bubbles of air came from the center of the bath bomb. 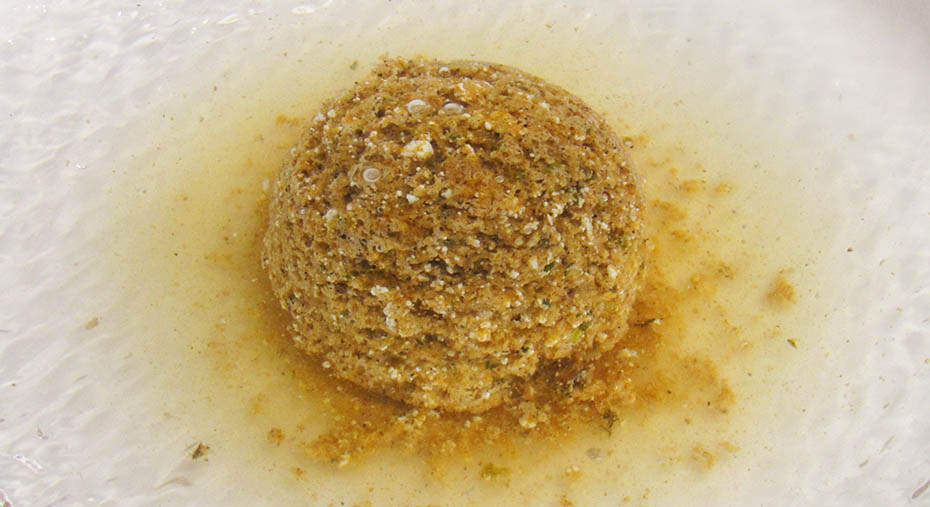 Eventually, it started to fizz a little, resulting in a lot of icky brown water and a foamy surface. After a few minutes, the bath bomb had mostly dissolved, leaving a coat of floating herbs and spices.

Again, it smelled more like a spiced chicken soup than tasty fried chicken, and the look of the liquid made it completely unappetizing. We dipped our hands in the liquid for just a second. Not only were we worried about it irritating our skin, but we definitely didn't want to smell like gross soup all day. 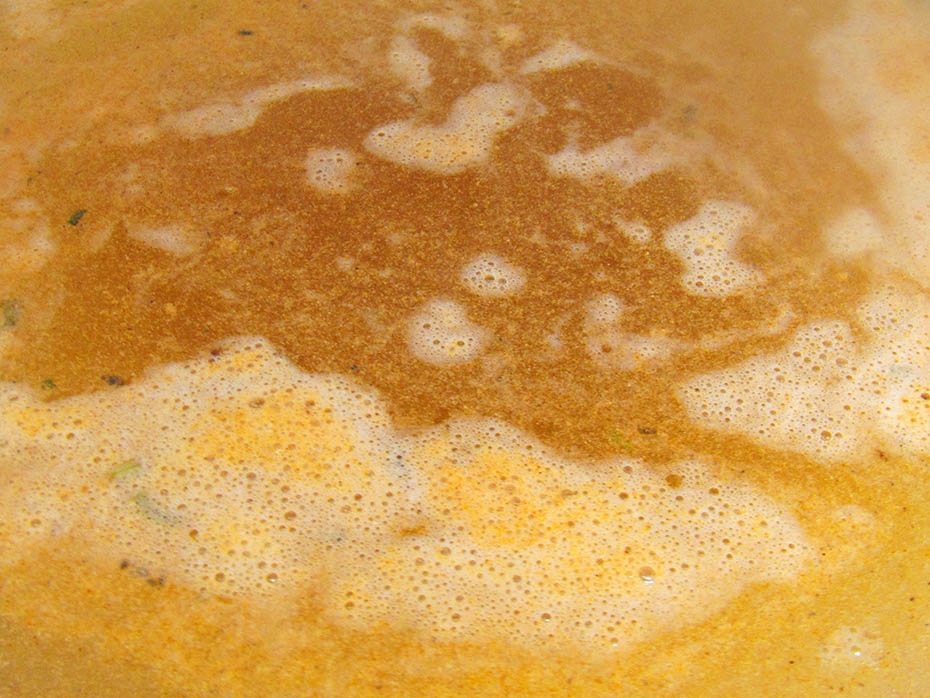 At the end of the day, the experiment might have been a bit of a fail, but we weren't expecting anything else. If we had to, we'd do it all over again the exact same way.

Want to make a bath bomb that smells awesome instead of like failed fried chicken? Click HERE for our favorite unusual bath bomb DIYs.