Have you ever had to deal with having a reputation that was totally unearned?

Singer-songwriter KG Crown has, and that experience was the inspiration behind her K-pop-inspired new anti-bullying anthem, "Bad." The song is vibrant and downright infectious, and we got the chance to chat with KG all about how it came to be. Keep reading for the full interview, and listen to the new track on Spotify HERE.

Sweety High: What was the songwriting process behind "Bad"? Was there a specific instance that inspired you to write it?

KG Crown: The song "Bad" was written in response to being bullied. I grew up in a very conservative town and went to a conservative Christian school. When I switched from singing contemporary Christian music to pop music, I was severely bullied. I was harassed by mothers, teachers and my peers, who decided I was "bad" for singing pop music and wearing crop tops. So the song is really just a sassy way of standing up for myself and for other people who are being bullied. There is nothing wrong with a girl pursuing her dreams of becoming a singer and actress. There is also nothing wrong with being confident in yourself, and your body, and dressing how you want to. I have zero tolerance for bullying. 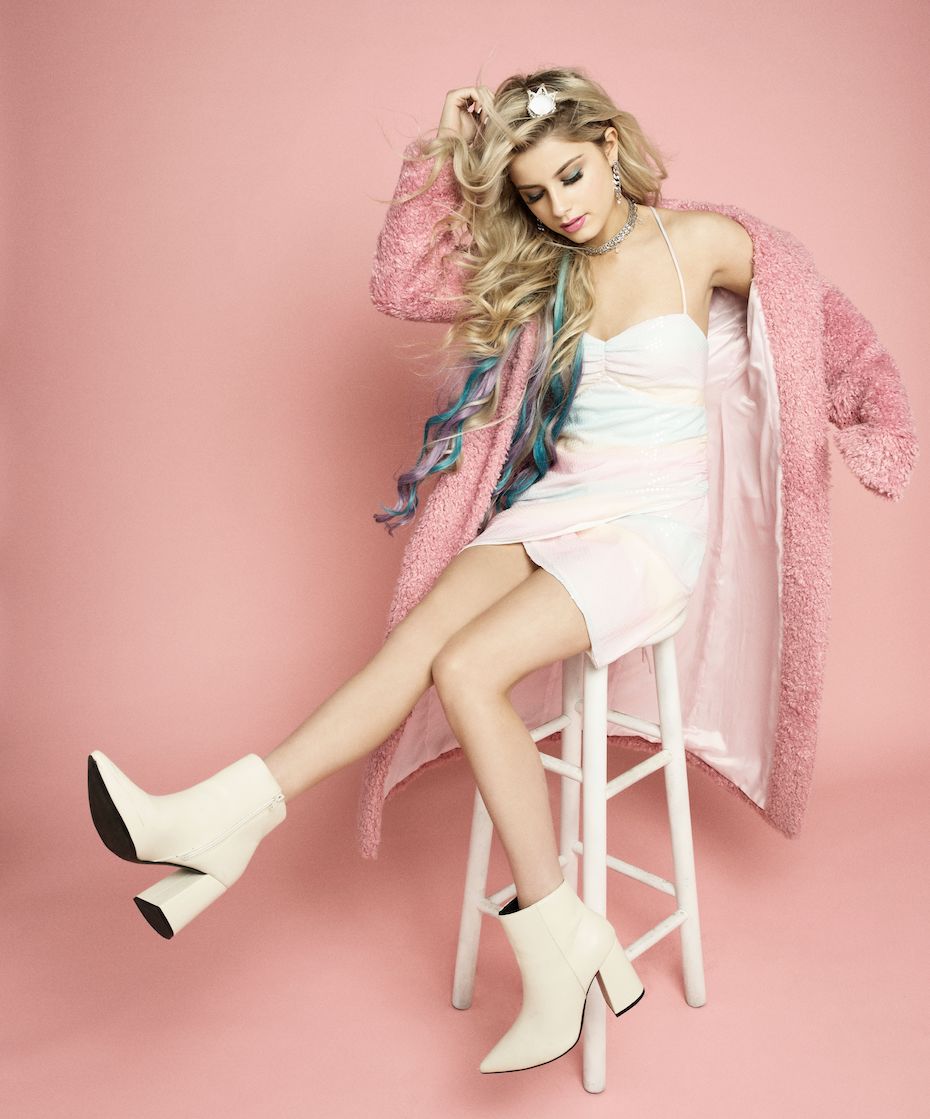 SH: How do you stand up and stay strong against false accusations and rumors?

KGC: I have dealt with many false accusations and rumors. I was accused of getting plastic surgery at age 13, which obviously is false. I was accused of having many boyfriends when I have only ever had one middle school relationship in my life. I think false accusations and rumors really stem from jealousy and other people's insecurities. It definitely is challenging to deal with. I spent many nights crying and feeling alone, but then one day I just decided I would take this awful experience and turn it into something positive. That's when I decided to use my platform to join anti-bullying efforts and speak around the world about bullying. I just try to stay positive and not focus on the hate and know in my heart that I am a good person and I am capable of doing great things with my life.

SH: Would you consider this an anti-bullying album? What message do you hope listeners take away from it?

KGC: No, it's not an anti-bullying album. The only song inspired by bullying is "Bad." But it is a sassy album. I am definitely an artist who puts her emotions into her music. I have been through some traumatic experiences and I could either write sad songs about it or I could write songs that make me feel empowered and I chose to do the latter.

SH: What influenced the decision to do a K-pop-inspired song? Are there any K-pop groups you're loving in particular right now?

KGC: The K-pop inspiration just came from my being Generation Z and my exposure to all genres of music. Music is a universal language. In my music, you will hear K-pop, rap, hip-hop, and pop influences. But to answer your question, one K-pop band that I am obsessed with is Blackpink. I definitely have an appreciation for Korean culture and how hard K-Pop bands train. 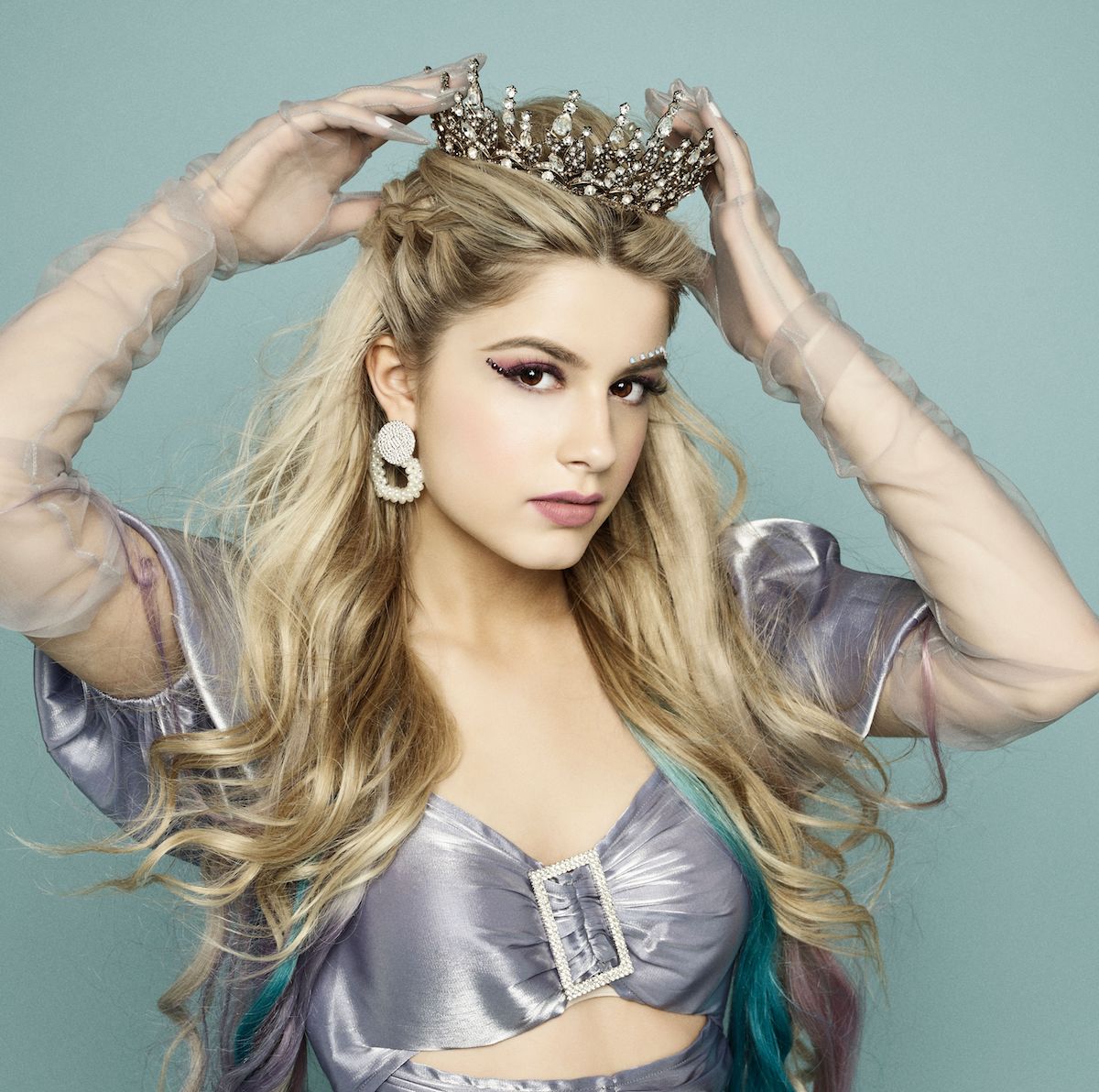 SH: What's your favorite lyric from the track?

My favorite lyric is "Eat your false accusations, I'mma do whatever I like." And I also found it humorous to say "I got a bad reputation" because I'm not a bad girl at all. I am actually a really kind, sweet girl. I was raised well, with great values and a strong faith. But my bullies spread lies and rumors to make it seem like I was something that I'm not. So again, the lyrics are a way for me to talk back and stand up for myself and create an anthem for other kids being bullied as well.

SH: Is there anything else you want people to know about the song?

Are you also a big K-pop fan? Click HERE to read our interview with artist SURAN on her new song, "Blanket."