Kiernan Shipka may be the star of a Riverdale spinoff, but she's also a self-proclaimed fan of the CW series.

There's been a lot of talk of a Chilling Adventures of Sabrina–Riverdale crossover, and the actress has made it clear where she stands on the issue.

Kiernan appeared on Live With Kelly and Ryan on Friday, Oct. 19, and she told the hosts that she'd love to see it happen.

Kiernan is on board for multiple reasons: First, there's the fact that she adores Riverdale, which we totally get. The second also makes sense but has more to do with geography. As she pointed out, Greendale, where Chilling Adventures of Sabrina is set, is "just the town over" from Riverdale. With that being the case, Kiernan thinks the citizens of the two towns should interact. 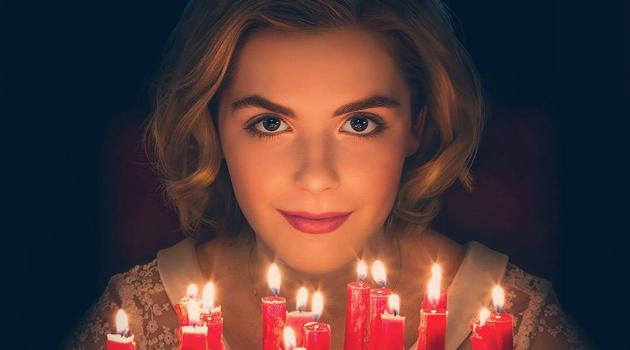 "Both of these towns are so action-packed," Kiernan said. "So much stuff is going down. How are they not talking about this or bonding over the fact that all this stuff is happening?"

It definitely seems plausible and not too difficult to make happen, at least in theory. Host Ryan Seacrest suggested that the two high schools' teams could play one another, for example. Yet, whether or not a crossover happens, Chilling Adventures will have nods to its sister show.

"We make little, small references to Riverdale on the show," Kiernan teased.

Watch the interview below.

If you haven't watched a preview for the show yet, click HERE for a taste of Chilling Adventures of Sabrina.