Have you heard? One of our favorite Disney XD shows, Kirby Buckets, premiered its third season today!

Luckily for us, we got to sit down and chat with star of the show, Jacob Bertrand, before tuning in to get a sense of what we can expect to see.

Want the inside scoop before you watch for yourself? Scroll below for some spoilers about the new episodes in this warped world! 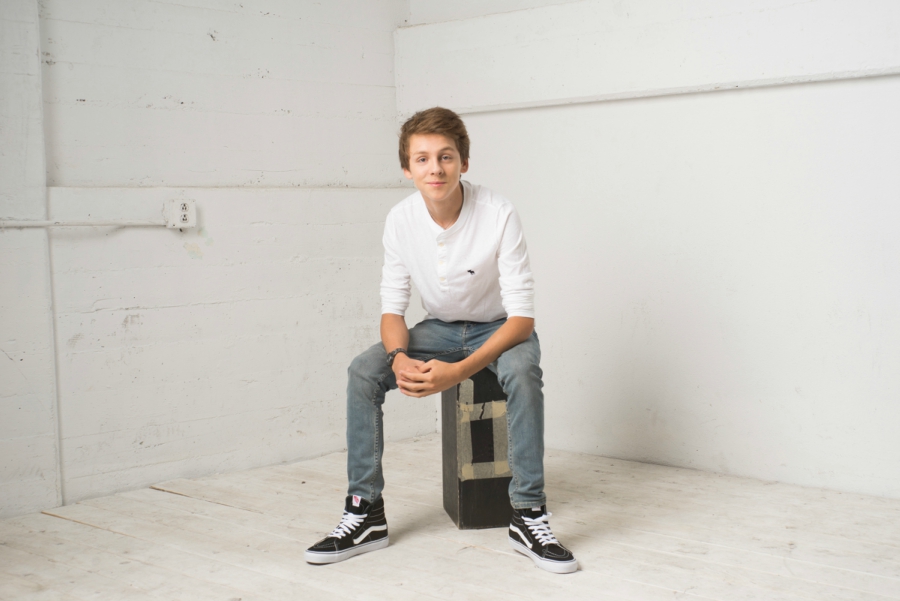 Sweety High: Can you tell us a little about season three of Kirby Buckets and what fans can expect?

Jacob Bertrand: Well, as you probably know, season two ends with Kirby getting his own TV show. Through some unfortunate events, things happen and he ends up finding this portal generator that generates portals to different dimensions. He goes on this journey with his sister, friends and Belinda to try and make right with the world. Fans are definitely going to love some of the really unique places that we visit paired with some creative storylines. It's going to be a cool ride!

SH: Do you think that you're anything like your character Kirby? What is it that you like most about him?

JB: What I like most about Kirby would probably be his courage—he is so courageous and he definitely puts himself after others a lot. He learns a lot through the series about himself and about loyalty to his friends and he is just a good-hearted kid and a true leader.

I'd like to think I'm similar to Kirby. He's such a character. I've had a really tightknit group of friends for a super long time, similar to him.

SH: What is your favorite part of working with your cast?

JB: I love the cast, all of us sort of just click. Sometimes casts have difficulties and personalities clash, but for us, everyone is just really good friends. I've had Mekai and Cade over a bunch of times and we have sleepovers. Everyone knows that what we do is a job and we're working, but no one ever dreads going to work. Everyone there loves what they do, which makes things genuinely more fun.

SH: Speaking of the cast, do you guys have any fun, special on-set rituals?

JB: Well, actually, most of my scenes end up being with Cade and Mekai since we're like the three-friend trio. So when we're behind or have a lot to do, we amp ourselves up by getting in a triangle bro huddle and we high-five the person next to us and make noises to pump each other up. It's just our ritual!

SH: Outside of acting, we know you're super interested in music and in sports. Tell us about what you play.

JB: I started soccer pretty much the same time I started acting, except I was way more serious with soccer at first. I've played club soccer for about nine years and now I'm lucky enough to be able to be on the high school team. My schedule is perfect because Kirby ends and then soccer season begins, and then when soccer season ends usually Kirby is starting back up again. I've just been super blessed to be able to do both.

I also play guitar. I started guitar when I was super young, and only played for a couple of months, but I retained some of it. I really actually got back into it just before season two of Kirby Buckets because my new studio teacher played guitar and had a guitar class at school. I would play with him, and together we would jam out everyday and get better.

SH: What are you up to now and how pumped are you for the show?

JB: As of right now, I'm just kind of back in the audition grind. Season three is definitely going to be a trip. I'm actually really excited for everyone to see it. There's actually this one episode in particular, it's in the cop dimension, and that is by far one of my favorite episodes just because there are so many cool little inside jokes and everyone had so much fun filming it. This is the episode I'll have a bunch of buddies over to watch and be excited for them to see.

Season three premiered this morning, be sure to catch it on Disney XD!

Want to learn a bit more about Kirby Buckets' Jacob Bertrand? Then head over HERE to read what this guy is all about.