Introducing Klondike Cones! I'm a big fan of the brand. After all, what's not to love? From Choco Tacos to bars and sandwiches, I've yet to try a product I haven't liked. So, when the brand reached out to me about their new offering, I pretty much jumped at the chance. Keep reading for my honest review of Klondike's new Cones!

Klondike first got its start all the way back in 1922. However, it wasn't until the '80s that the brand reached more than just a few states. Rather quickly, Klondike gained traction and soon became everyone's favorite, go-to ice cream brand.

In the last few years, Klondike has launched some pretty incredible products, like their donuts and shakes! At prices you can't beat, this is a brand everyone can get behind. 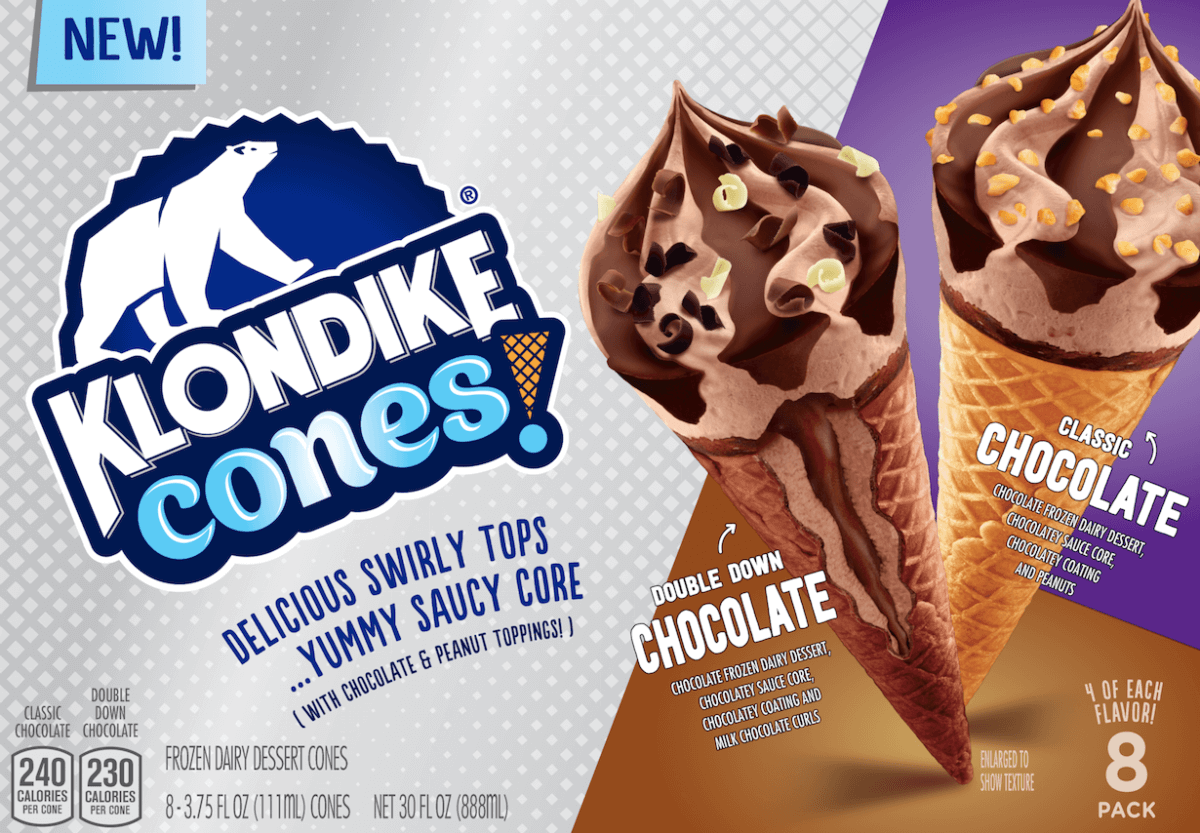 Vanilla Chillin' is the most basic cone, but you honestly can't go wrong with it. Featuring creamy vanilla, a super chocolatey sauce core and a crispy wafer cone, my first bite was absolutely mouth-watering. 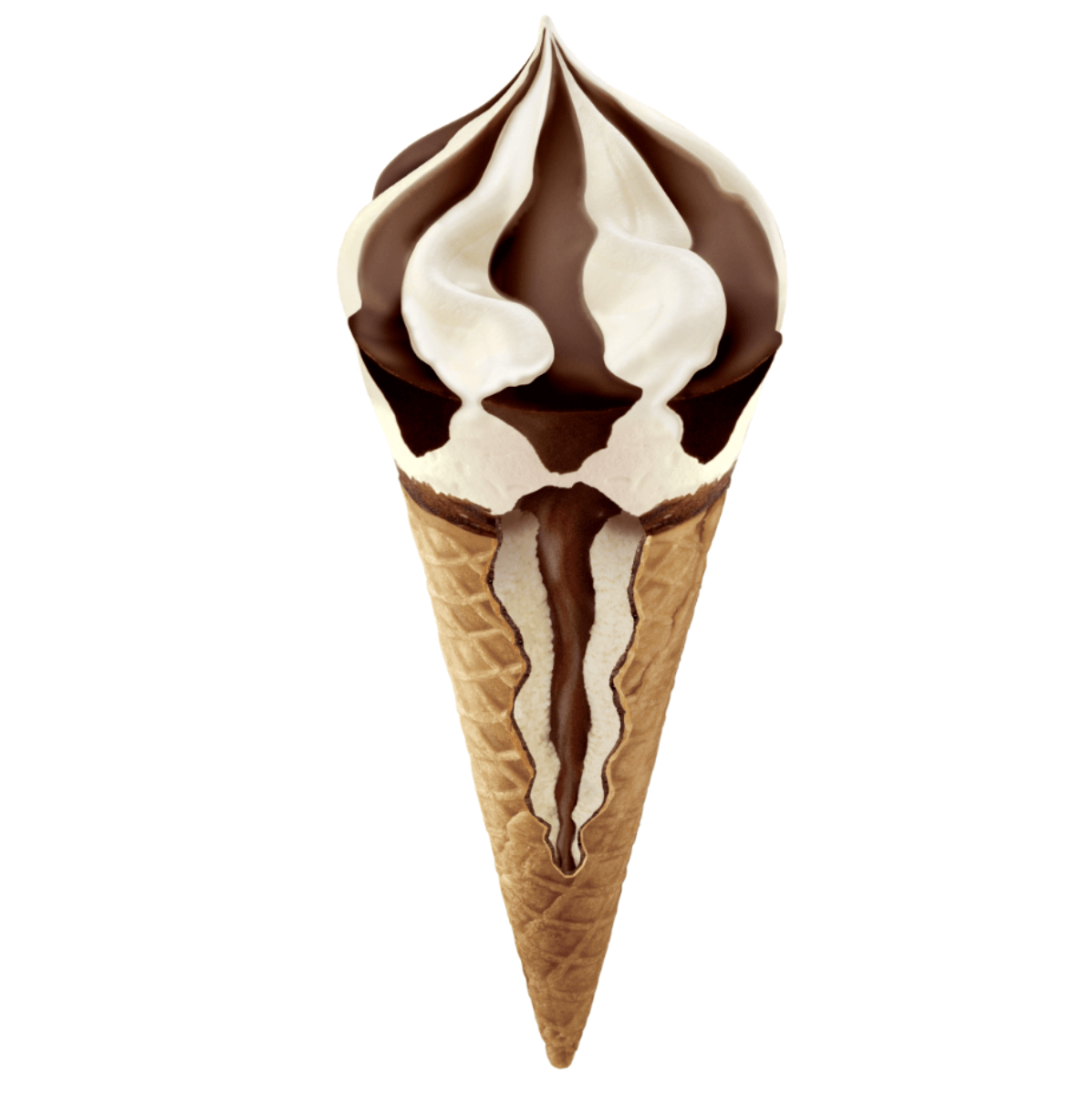 Nuts for Vanilla is pretty much the exact same cone as Vanilla Chillin', but with a twist. Featuring creamy vanilla, a super chocolatey sauce core, a crispy wafer cone and crunchy roasted peanuts, this cone has a little something special. 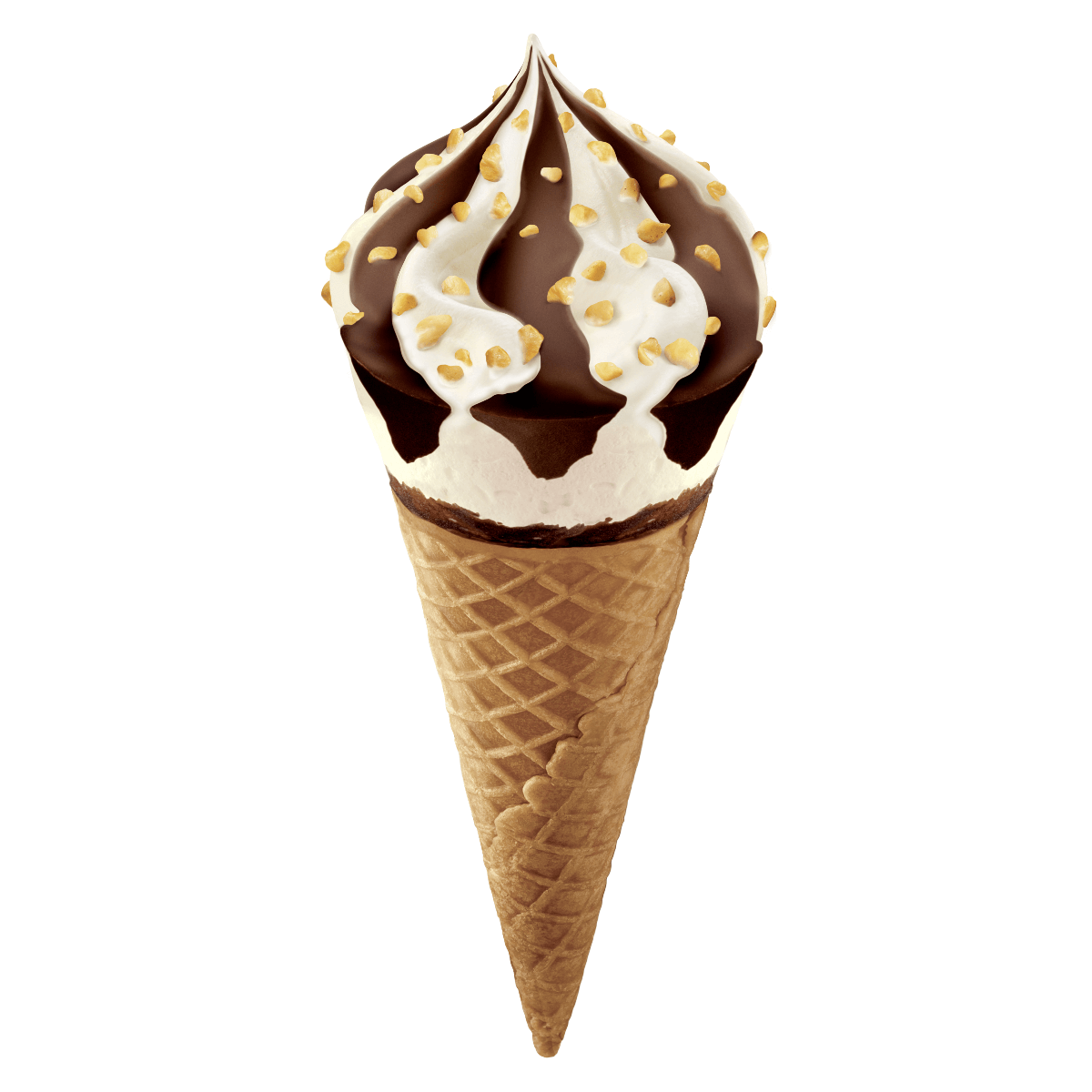 I'm a sucker for pretty much anything chocolate and couldn't wait to get into the Classic Chocolate Cone. Featuring creamy chocolate, a chocolatey sauce core, a crispy wafer cone and crunchy roasted peanuts, this one reminded me of Nuts for Vanilla, with chocolate instead! 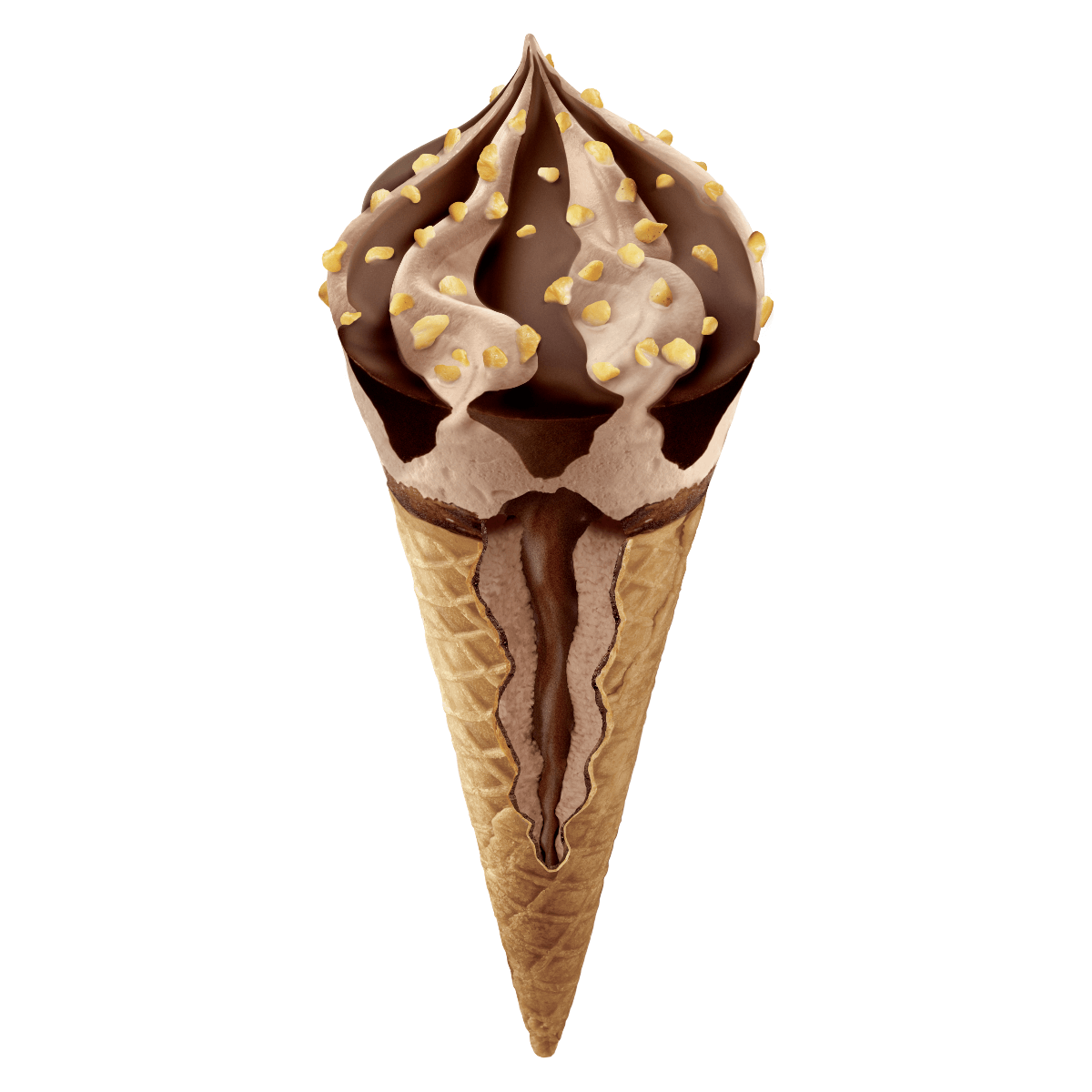 When I say I love chocolate, I mean I will devour an entire chocolate bar in one sitting. I did just that with the Double Down Chocolate Cone, which features a chocolate base, a chocolatey sauce core, a crispy chocolate wafer cone and chocolate ribbon curls. Delish. 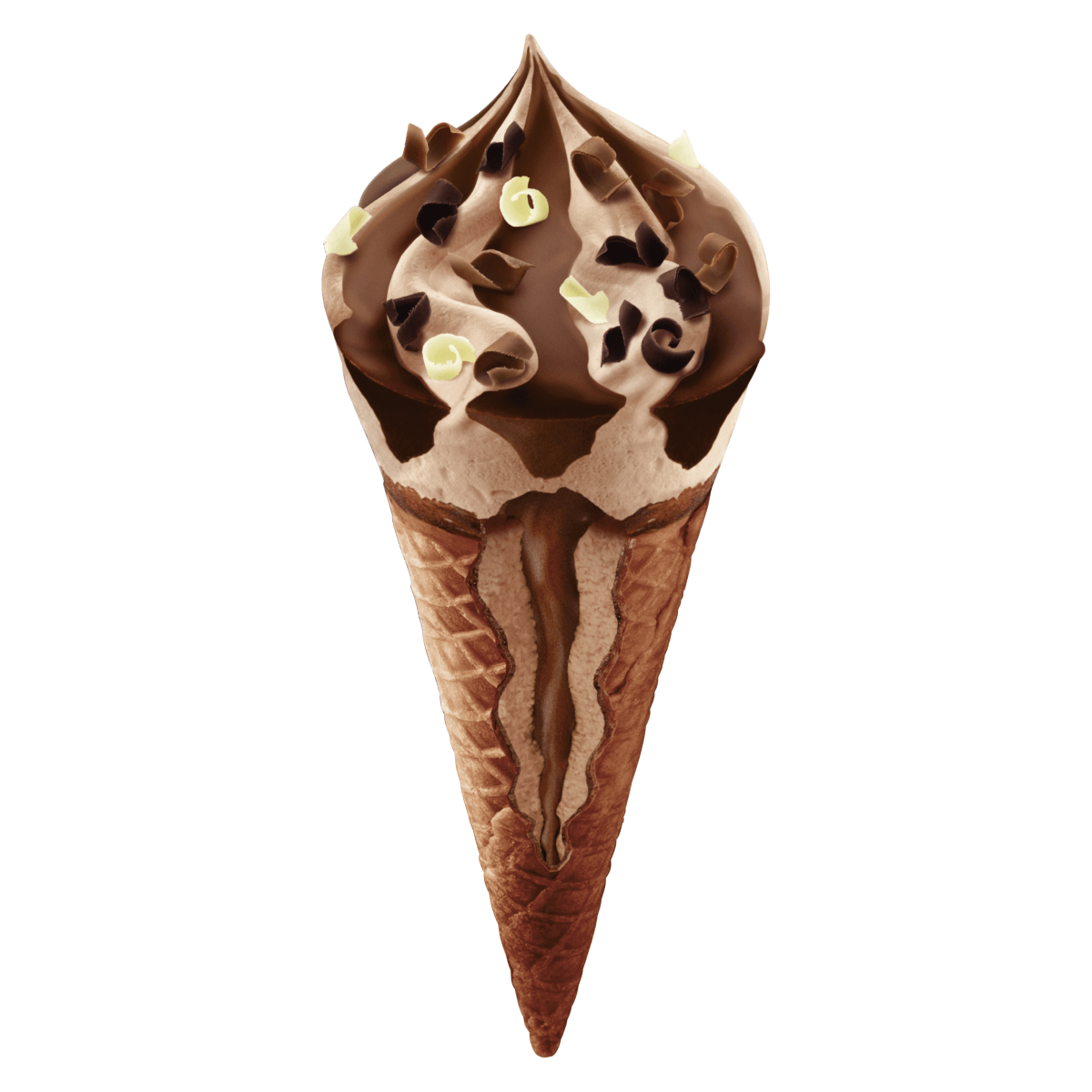 I was super skeptical about the Unicorn Dreamin' Cone, but it was actually not as bad as I thought! I'm not a huge fan of bubblegum flavor, but the strawberry ice cream mostly muted it out. It also featured a strawberry sauce core and a green wafer cone, which I thought was a cute touch. 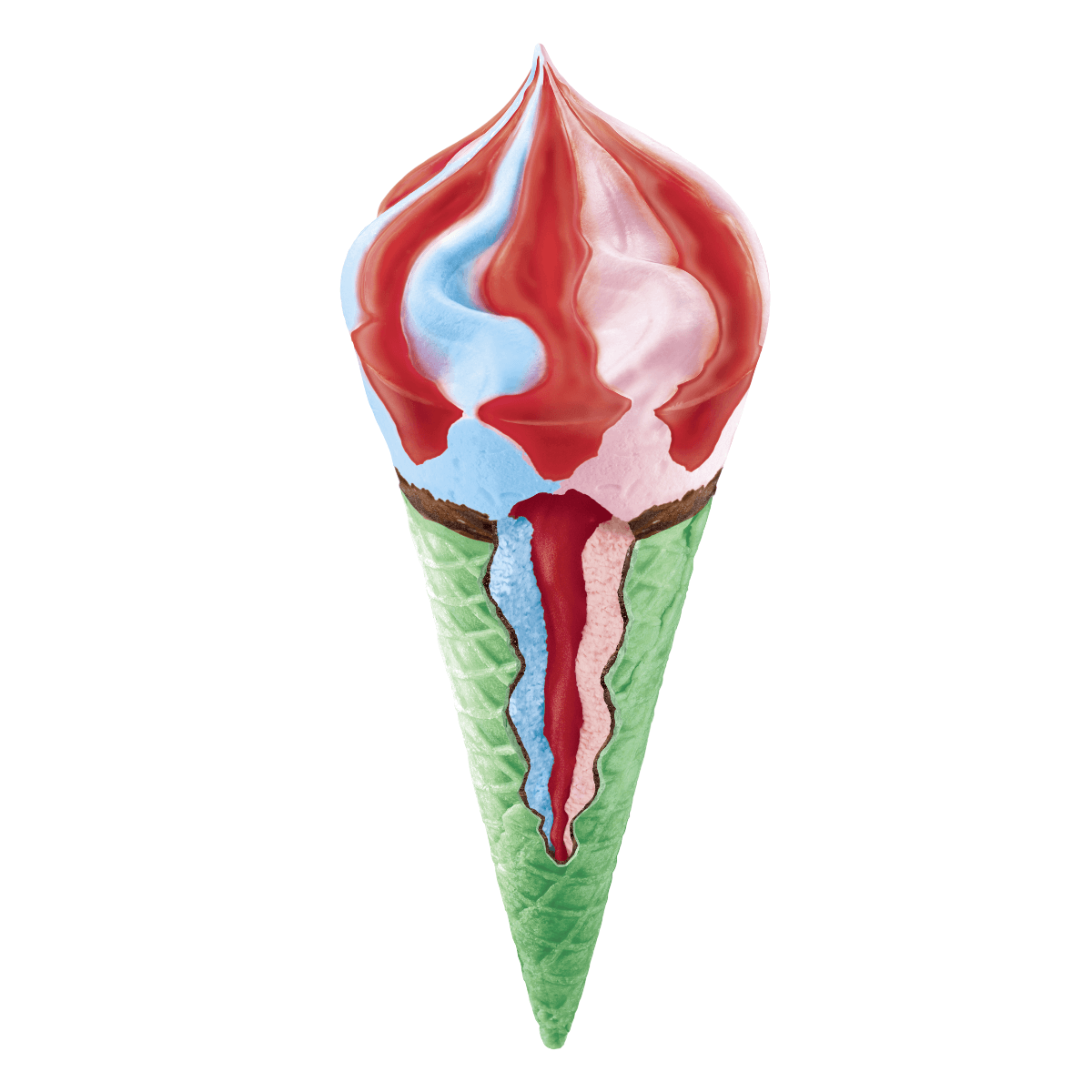 As a vivid ice cream lover, I can say without a doubt that the Klondike Cones are a treat everyone needs to get their hands on. They're not too big and you won't feel completely guilty after devouring one. It's honestly the perfect dessert or midnight snack, and I'm already looking forward to my next bite into one!

Do you love sweets as much as we do? Look HERE for some delicious chocolate chip recipes—with a twist.