Sweety High Takes You Behind the Scenes of Kylie Cosmetics' Pop-Up Opening in L.A.

Kylie Jenner just launched her highly anticipated Kylie Cosmetics pop-up shop this morning—and just in case you were in class, Sweety High is here to fill you in on everything you missed! 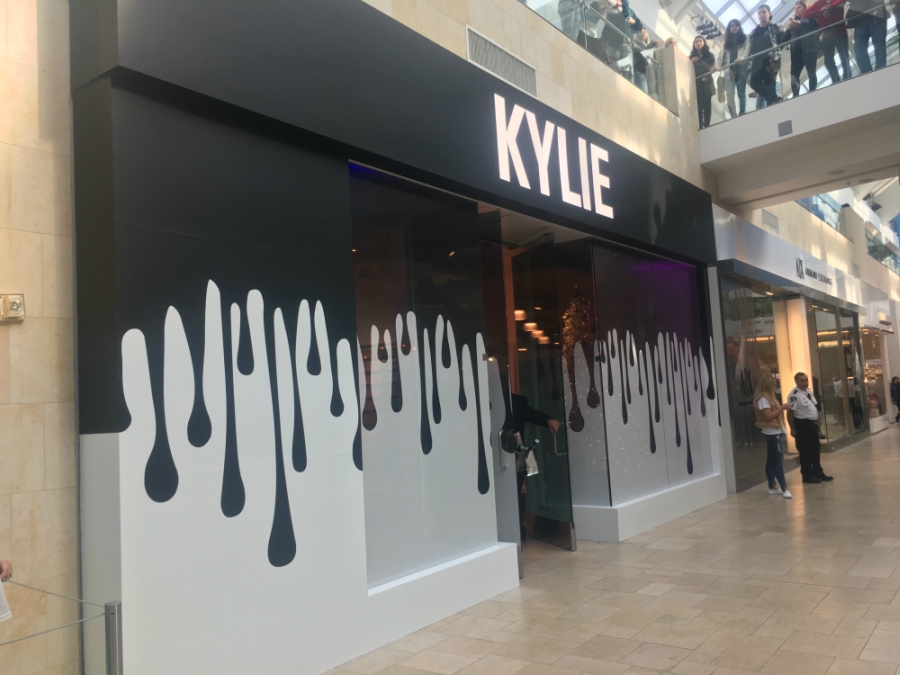 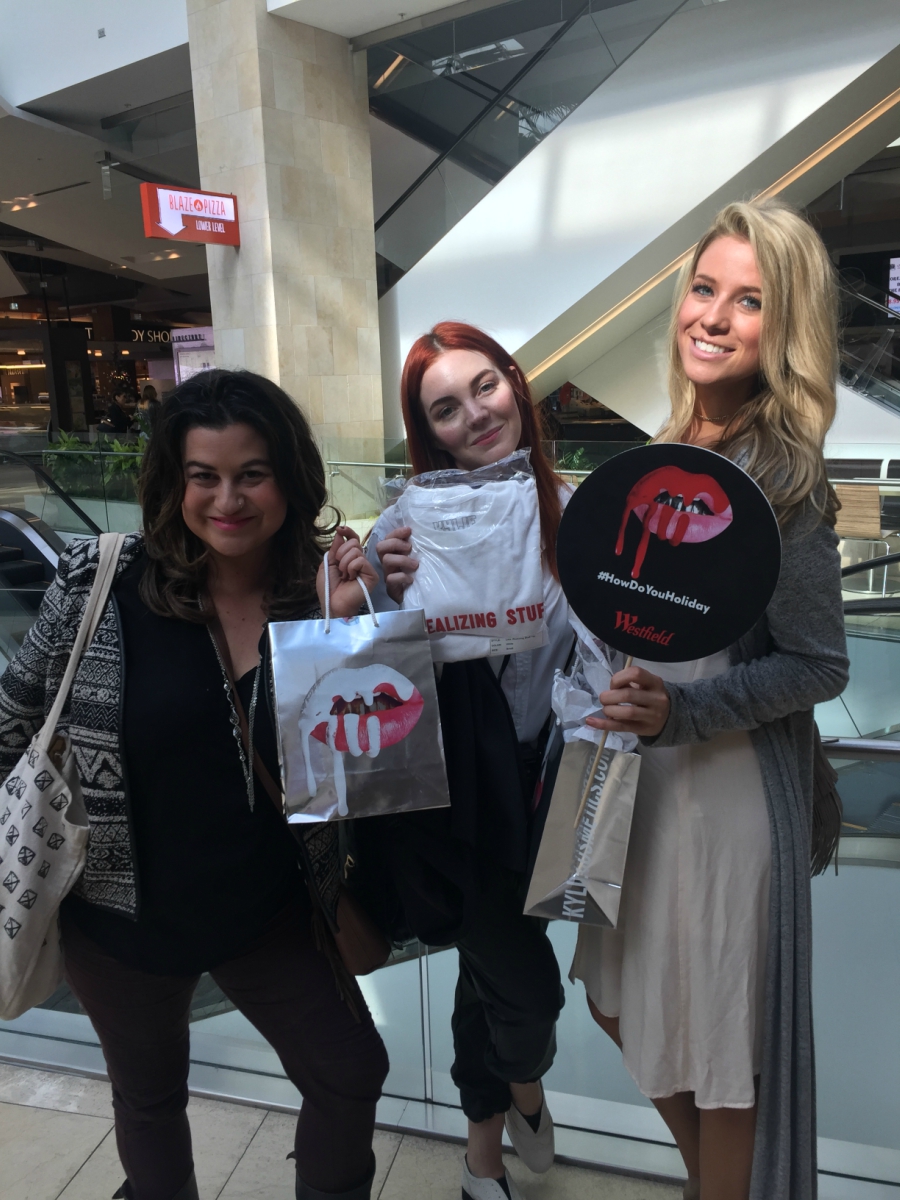 It goes without saying, but the line—at the Topanga Westfield mall, approximately 30 minutes from Kylie's Calabasas, California hometown—was enormous, with eager fans waiting outside of the location since as early as 10 p.m. the night before.

"We had a few girls who drove down from San Francisco," the mall's Senior General Manager Molly Unger told Sweety High, straight from the store. "They got a hotel room together just to celebrate this occasion." 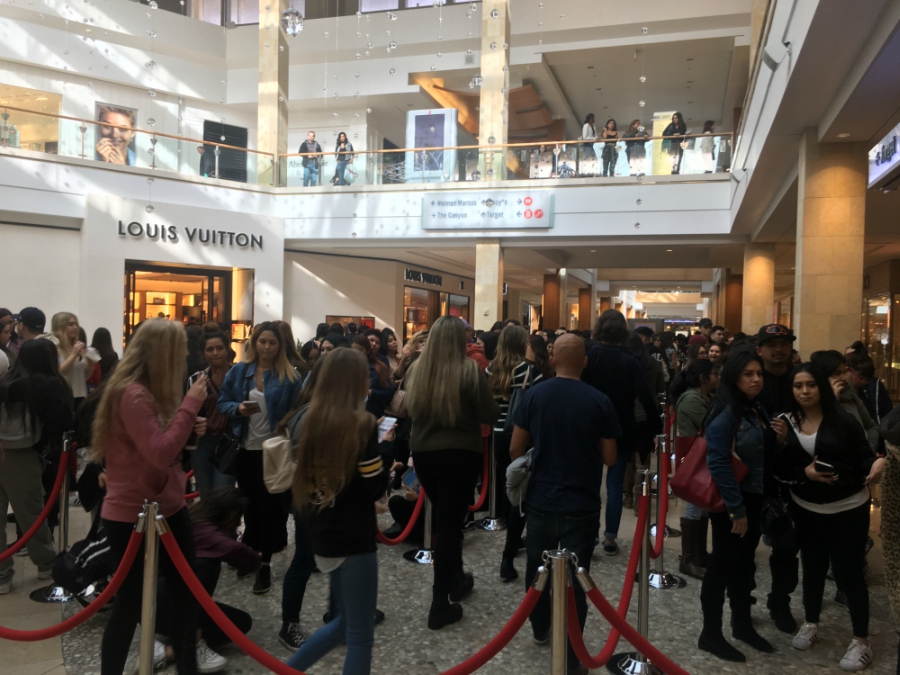 Fans were in for a treat bright and early when the youngest Jenner showed up shortly "before the store opened, just to give her stamp of approval," Unger said. "She was so proud and impressed. It was fantastic working with Kylie. She's such an entrepreneurial spirit and she had such a clear vision and she delivered on that."

And the mogul's admirers were equally in awe. 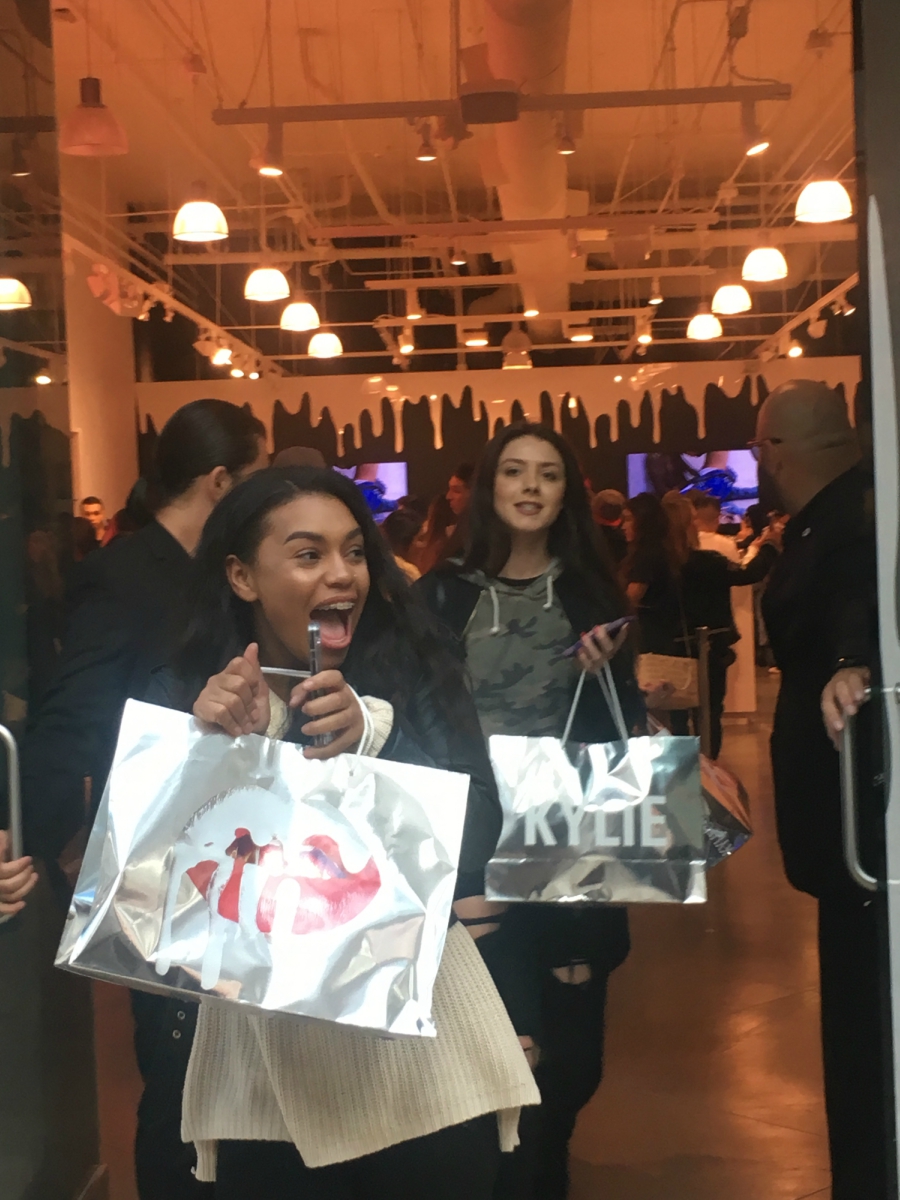 "When she came through and talked to the crowd, you could tell she was very sincere," 21-year-old Sarkis Hajian told Sweety High. "She hugged a couple of people, took pictures with a couple of people and signed some autographs. I feel like the reason she had to leave is because there was a safety hazard. She didn't have enough security around her. But overall, she was very interactive with the crowd. She was waving at everybody. She'd do a couple second stops just to interact with the crowd that was around her."

We can't argue with her fans' excitement. We were in for a treat as well when we entered the makeup maven's haven.

The store was blaring rap tunes, which included a handful from Kylie's brother-in-law Kanye West. When you walk inside, it's almost as if you're walking into her bedroom. The space is super minimal, and was in fact created to look like Kylie's actual bedroom at home, complete with a bed, a furry blanket, end tables and tons of neon signage. It may come as a surprise, but fellow shoppers inside were actually pretty calm. They were taking selfies, trying on clothes and picking up lip kits. 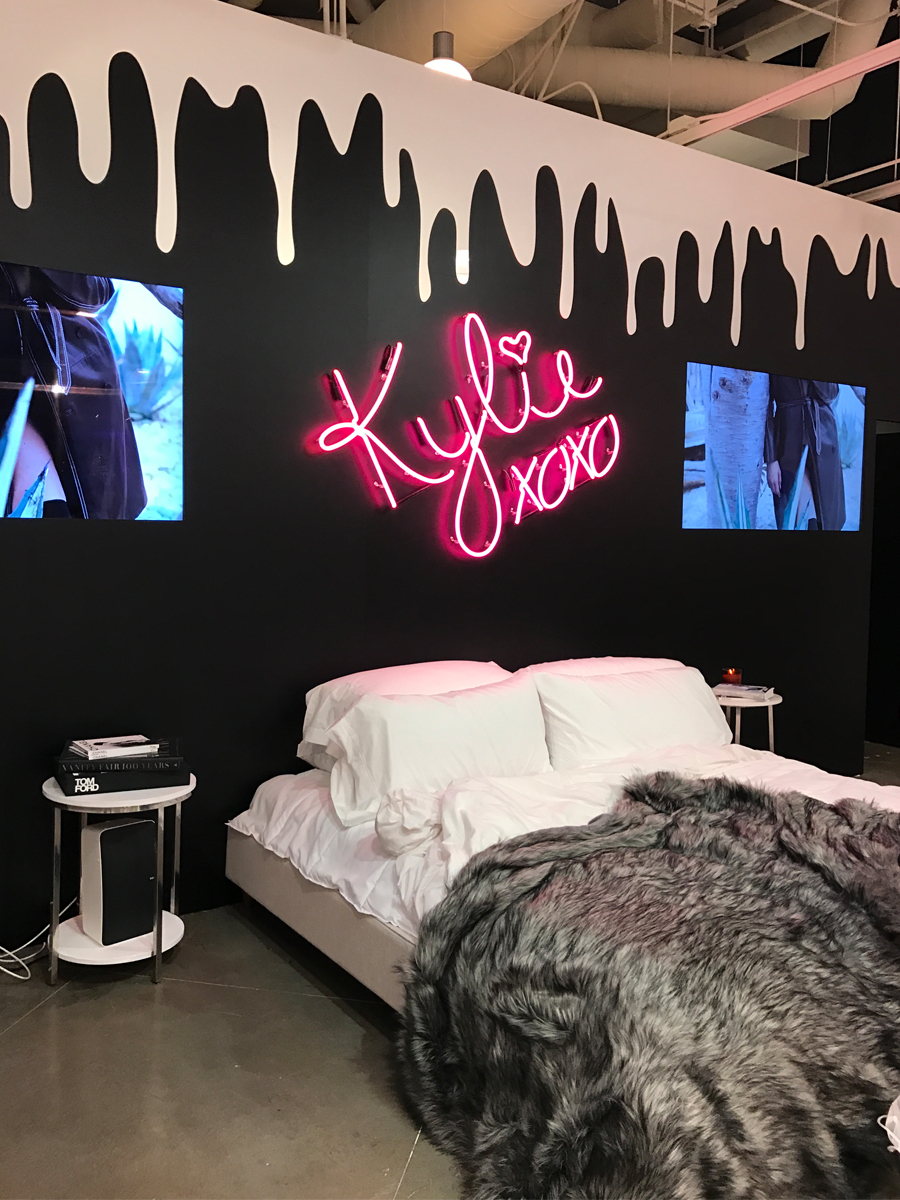 The brightest, and most notable thing inside the pop-up is by far the magnificent, color-coordinated lip kit wall, featuring every single shade! This was truly a magical sight, and they seemed to keep the wall fully stocked, no matter how many people grabbed lip kits off the wall. Khloe Kardashian's Koko Collection, Kylie's birthday collection, the Kyliners and Kyshadows also each had their own respective areas towards the back of the store. 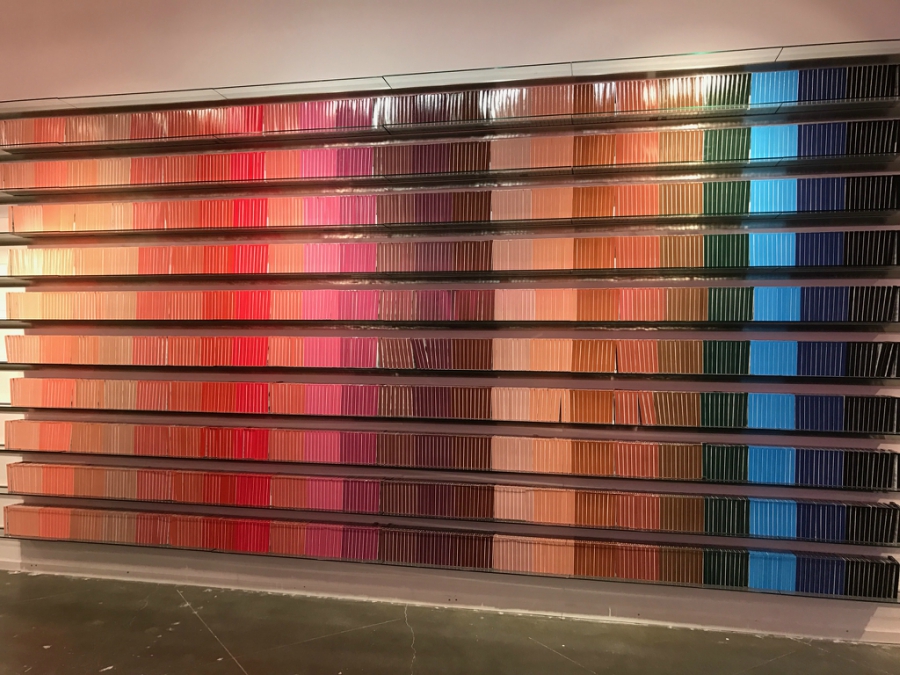 People seemed to be most excited about the Kylie Shop merchandise, which was available for the first time. The Kylie Shop goes live tomorrow, so shoppers today were treated with an early sneak peek. We snagged two tees, and there were a ton to choose from! Guys in line were definitely favoring the black bomber jacket with the Kylie lip logo on back. There were tons of shirts with different logos and photos of Kylie on them, along with bras, underwear, sweatshirts and even socks! 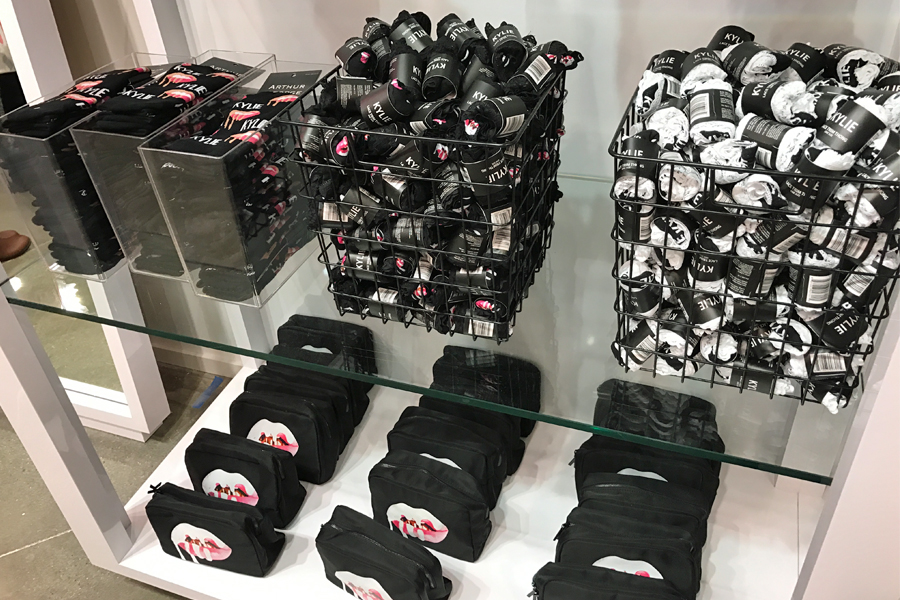 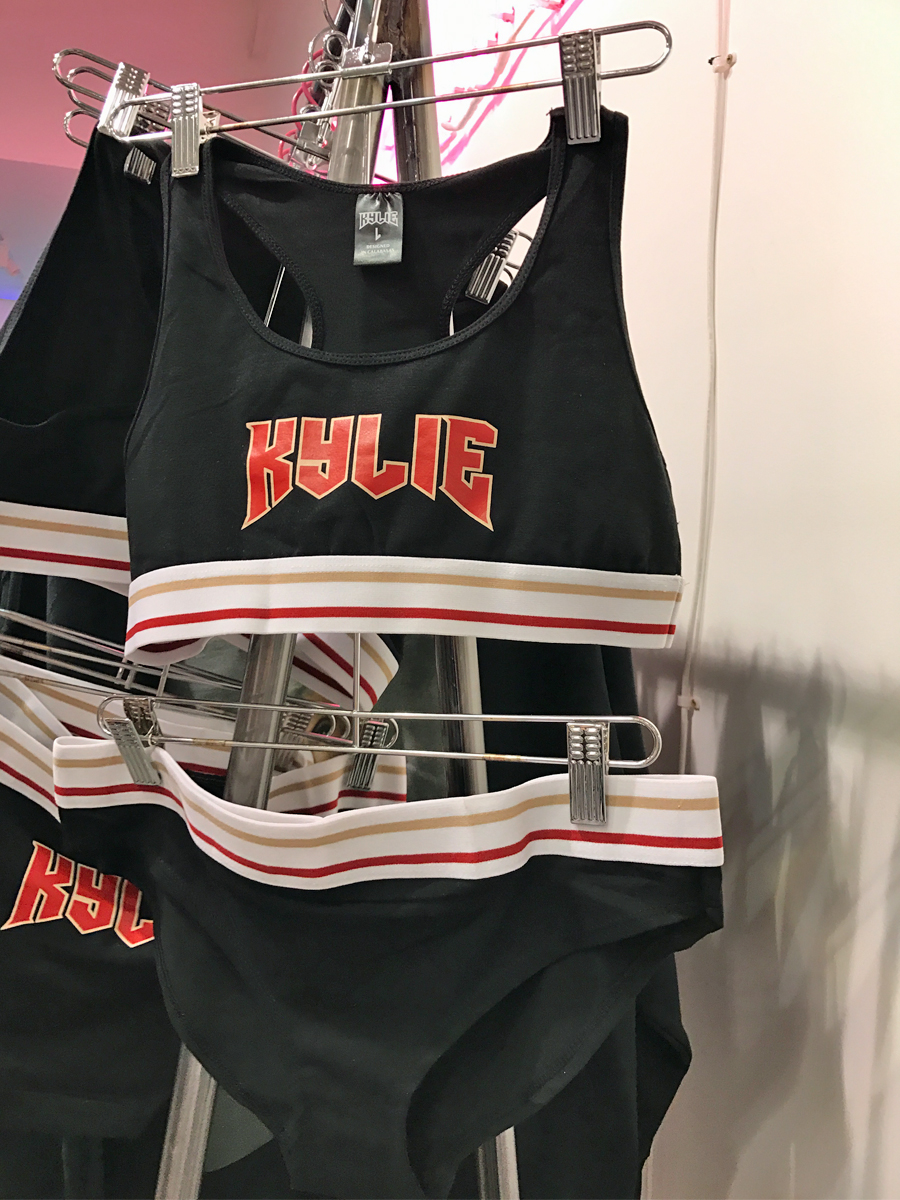 The pop-up, which is open until Dec. 23, is expected to stay flowing with shoppers all the way through. 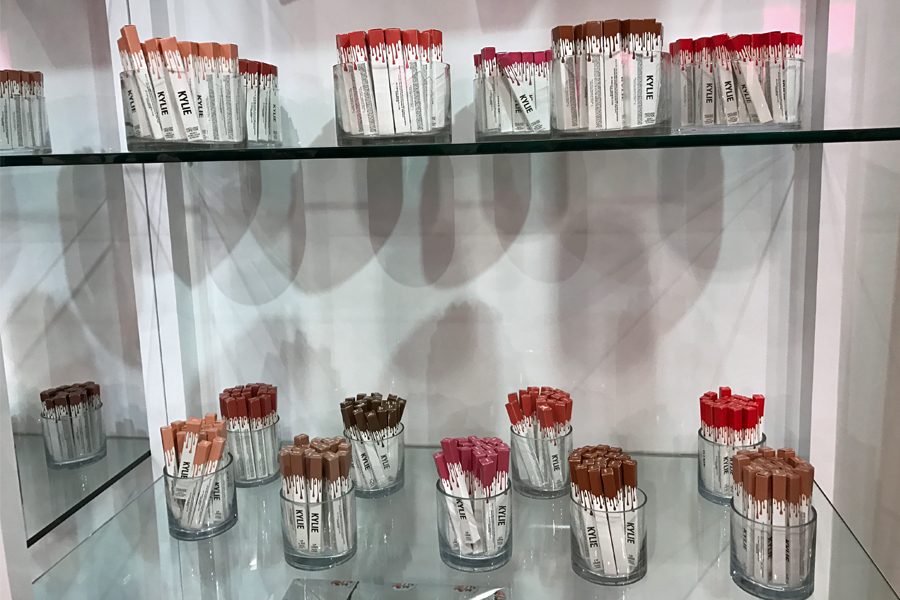 "She has such a following and her fans are so loyal," Unger said. "So I do think there will be the same excitement as today until the end."

In case you can't get your hands on any Kylie Cosmetics, check out THESE affordable makeup musthaves that will stay on all day at school.