Landry Bender Tells Us About Her Favorite Sitcoms, Hamilton Obsession and Her Love of Food

Let's be real, we totally want to be besties with Landry Bender whenever and wherever.

She's our #WCW and we couldn't be more stoked about it. When she's not bringing the LOLs on Disney Channel's Best Friends Whenever, we found out straight from the source that you can find her playing guitar or watching her favorite shows on Netflix.

Read on below to find out what else Landry had to tell us this week! 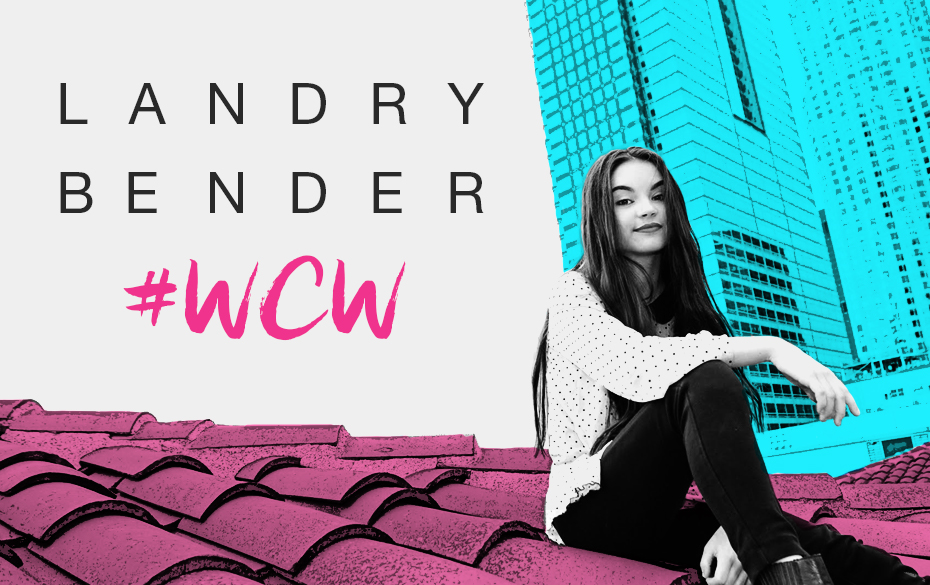 1. Her six-year-old English bulldog and best bud is named Blithe. "I got her in NYC when I was there shooting my first feature film, The Sitter," she told Sweety High. "She's named after my character in the film."

2. She's been building up some solid collections—a few of them include coffee table books and graphic tees. She also mentioned she has "a pretty cool collection of Playbills from all the Broadway shows I've seen."

3. She sings and plays guitar. One of her best Insta posts by far is her cover of Justin Bieber's "Love Yourself." She even told us, "Anytime, anywhere, if I hear a song I like I will look up the chords and play it as soon as I get home and record it so I don't forget."

GUYS I NEVER POST COVERS BUT HERE YA GO. My personal favorite song of the album. 🙂 xo

4. Because she's on a sitcom herself, she knows how to do her homework. "One of my favorite current shows is Baby Daddy on ABC Family, but I also love How I Met Your Mother and Friends on Netflix," she shared. "There is so much to learn that helps me with my work but more so, they are just hilarious all the way around."

5. She loves the beach but is low-key afraid of the ocean. "It's too big and I don't want to ever be out in it very far," she said. That may be the case, but I think we can all agree that nothing beats that view amirite!?

6. She lives for musicals, her latest obsession being Hamilton. When she saw it, she was "speechless for the rest of the day," she said. Just another Playbill for her extensive collection.????

This photo is overall such an understatement; was too emotionally drained to post anything on Friday but have been a fan of this musical for months now and am so honored to have seen it. #Sweet16

7. Her character Cyd is relatable on so many levels. Landry explains: "[She] loves food, so for season 2, I made it a point to have her eat in every. single. episode." We can fully appreciate a girl who is serious about her food. Sounds like Landry agrees as well! "It's all about a good meal," she said. "I love steak—medium rare plus. I do love a good pizza, too." ????

Speaking of relatable, you need to want to watch THIS chat with fellow Disney cutie Sophie Reynolds that proves gaming isn't just for boys.