Get To Know Taylor Swift's Next Opener, Lauren Aquilina!

Singer-songwriter Lauren Aquilina is getting ready to unleash some big things on the world. She's less than two weeks away from opening for Taylor Swift, and is also gearing up to release her long-awaited debut album. We spoke with the artist to get the inside scoop on her career and find out what she's really all about.

I'm hypermobile in my hips, so I can twist my legs all the way around. It's kind of gross actually.

How would you describe yourself in 3 words?

At the moment, "Wrecking Ball" by Miley Cyrus! I can properly belt it, which I love.

Rice is my favourite food! I know that sounds weird but I just LOVE RICE.

Some "Irish Accent" mouth spray that my best friend from Dublin gave me.

What's your favorite band/singer of all time?

I get absolutely mocked for this, but.. Coldplay. They are my one true love.

If you could live in any decade, which would it be? Why?

This one! The one where the world is slowly starting to become more accepting of the minorities. We've got a long way to go, but I feel like this generation of young people are starting small revolutions. 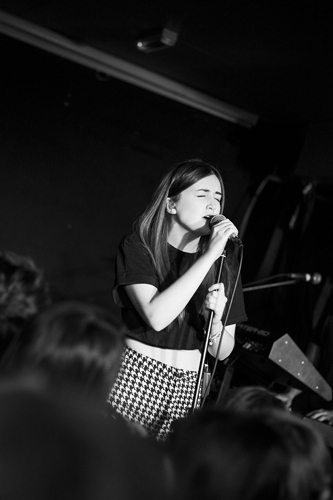 You did something unique when you released a trilogy of EPs a while back. How did you get the idea to do that, and what did you want to achieve with that? Do you think you, and the fans, got what you wanted out of that experience?

I was making my EPs at a time where a lot of singer/songwriters were doing the same thing and wanted to make myself stand out, I always had the idea to link them in some way.. but it wasn't until after the first EP that I was making myself write to a title (e.g – Sinners!). It definitely pushed me creatively, and hopefully it came across in the way I wanted it to. I think I just wanted to tell a story and have something to say rather than a random collection of heartbreak songs.

You're also recording your debut album, which must be exciting. What has that process been like? Are you anxious about releasing it? What do you hope your fans will be able to take away from it?

It's been a very lengthy process with some very extreme ups and downs, both musically and just in my personal life. I took almost a year out after signing my record deal to just figure out who I was musically, as I never felt like I really delved into it enough with the EPs. I just wrote hundreds and hundreds of songs until I felt like I knew exactly the kind of artist I was.

I'm definitely anxious about releasing it, as it's about 4 years of my life poured into a collection of songs! And I guess I just hope that someone somewhere connects with one or more of these songs in the way that I connected with my favourite albums growing up. I don't really mind if people don't like it, as long as I'm completely happy and proud of it. 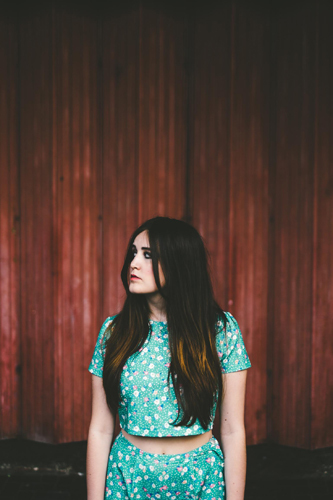 You've also got an upcoming show with Taylor Swift! How do you feel about that? Are you a big fan of hers?

I mean, I'm so nervous about just FAINTING ON THE SPOT, but apart from that I'm really excited! I'm a huge fan of hers. I think she's one of the best female pop songwriters in the game, and I respect her in a lot of ways. It's a real privilege to be on the same line-up as her.

What else is coming up?

Well, I'm filming the music video for the first single from my album this week (eek!), and then just making sure the album is finished and ready to go. It's a very frantic time.

Love Lauren? Leave your thoughts in the comments section below!