Pokémon Scarlet and Violet have been huge hits since they dropped on the Nintendo Switch in November, and one thing that's kept these games fresh and current into the new year is the continual hunt for Shiny Pokémon.

And while many players put in hours upon hours searching for these hard-to-find monsters, more casual players may want a chance at their own Shiny Pokémon, without all of the effort. Curious about the lazy way to find a Shiny? We have some tips for you below—including ones for anyone who does want to get more serious about the process.

What Exactly Are Shiny Pokémon?

Shiny Pokémon are simply Pokémon with a rare color variation that makes them discernable from the other Pokémon of their species. For example, the normally blue Gyarados is red in its Shiny form, while the orange Charizard has a black Shiny. In Pokémon Scarlet and Pokémon Violet, Pokémon have a one in 4,096 chance of being Shiny when they appear. 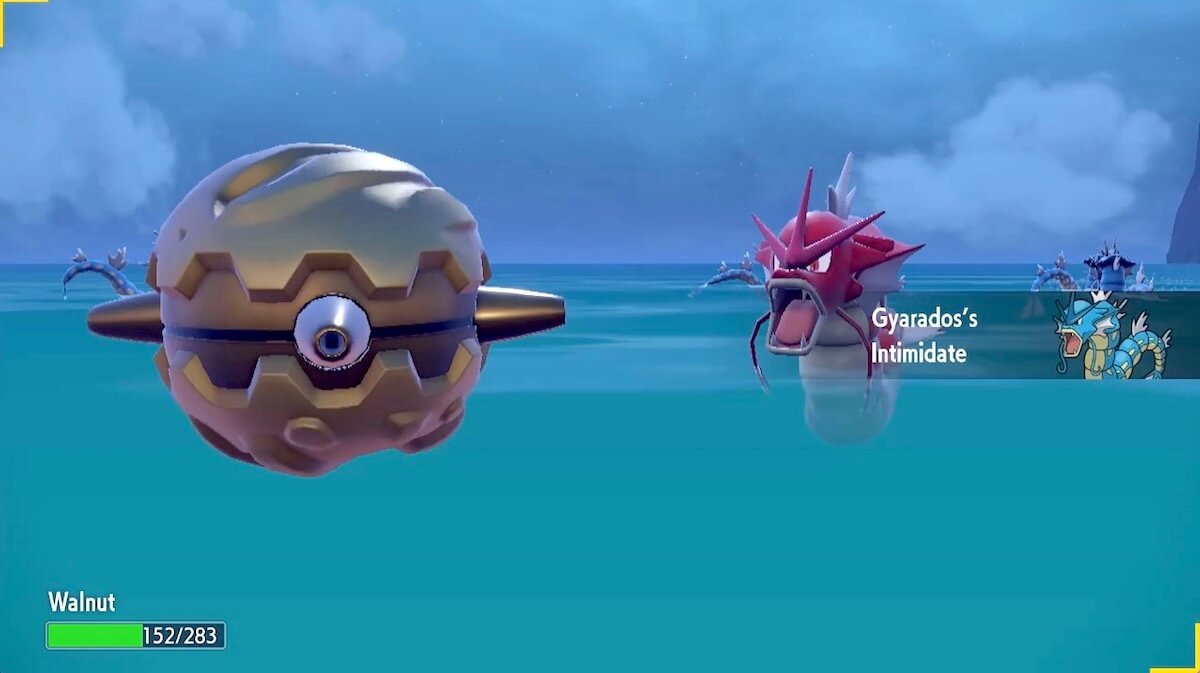 Shiny Pokémon don't have better stats or any other benefits outside of appearance, but their rarity makes them coveted among many trainers—especially for Pokémon whose Shiny variations look great. While they were easier to locate in Pokémon Legends: Arceus due to the fact that they created a big sparkle, complete with a twinkling sound effect, when they appeared onscreen, that feature was dropped for these new games until you actually start battling the Pokémon, so finding them is all about keeping your eyes open for them at all times. 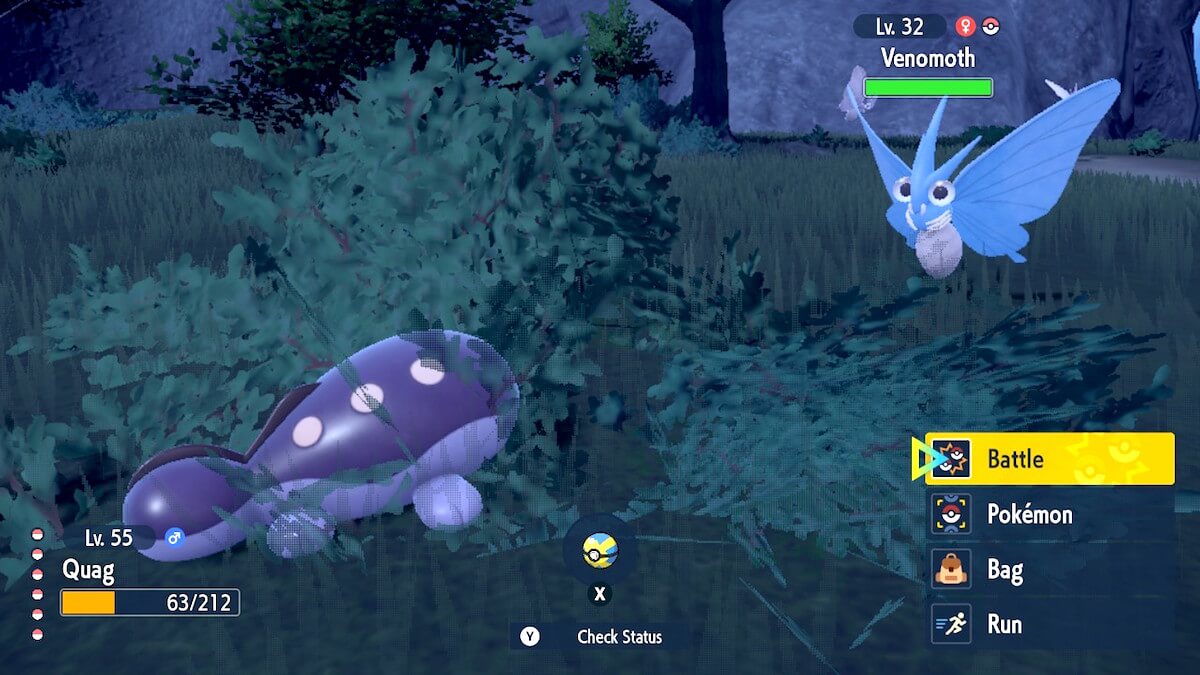 In Pokémon Scarlet and Violet, there are also ways to increase your chances of finding Shiny Pokémon and actively seeking them out. These include defeating many Pokémon in Mass Outbreaks, making special sandwiches using the rare resource Herba Mystica during picnics or collecting all 400 Pokémon in your Pokédex to get the Shiny Charm and effectively tripling your odds. However, each of those methods is pretty focused, intensive and time-consuming—and that's not what we're here for.

The first key to passively hunting Shiny Pokémon in the new games is all about actually knowing what you're looking for. Of course, it's not super practical to look up and memorize 400 alternate colors for 400 different Pokémon, but having general knowledge about what the Pokémon look like will help you notice when one is different from the rest. A red and black Tarountula stands out from the classic yellow, while an eye-catchingly pink Lechonk looks quite different from its black counterpart. However, with its slightly darker tone, a Shiny Pikachu barely differs from the electric mouse we all know and love. 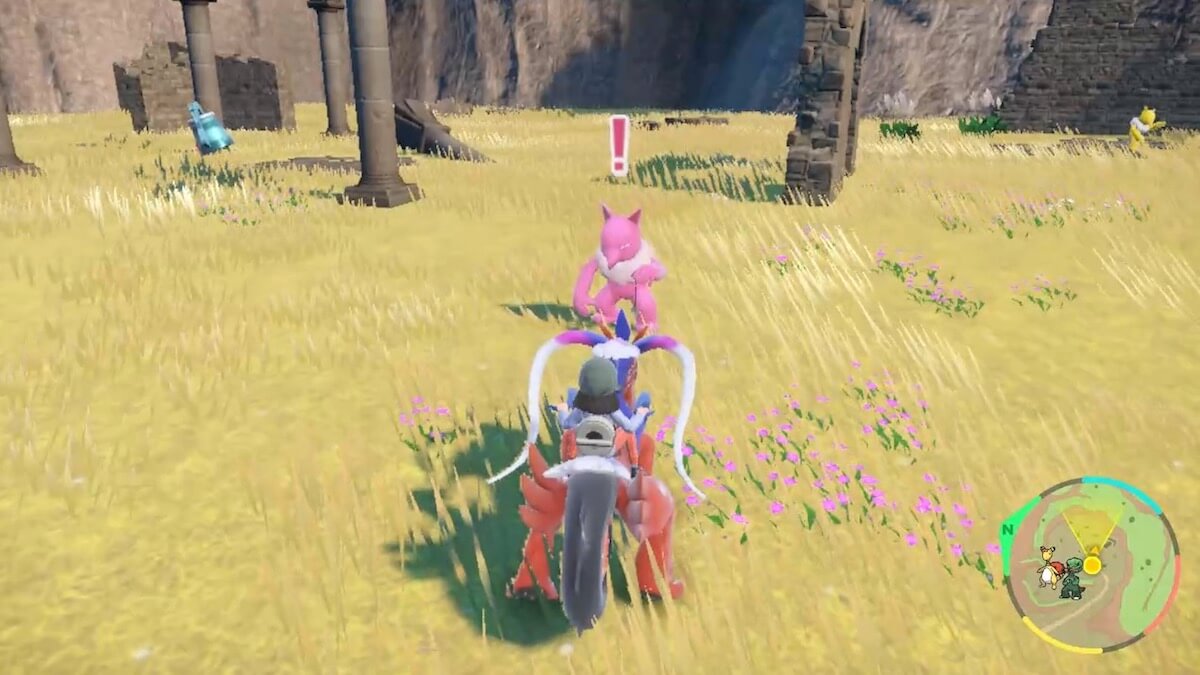 If also you have a new favorite Pokémon that's often spotted in the wild, we recommend doing a quick Google search to familiarize yourself with its Shiny variation, so if you do encounter it, you'll recognize it right away.

There are also Pokémon that have different colored forms, which might be confusing at first, but there are tricks to recognizing all of these Shiny Pokémon, too. Deerling, for example, normally has a yellow flower, no matter what seasonal variety it is, but its Shiny will have a pink flower. Squawkabilly also comes in various colors, but typically will have a black pompadour, while the Shiny version has a pink-brown pomp. 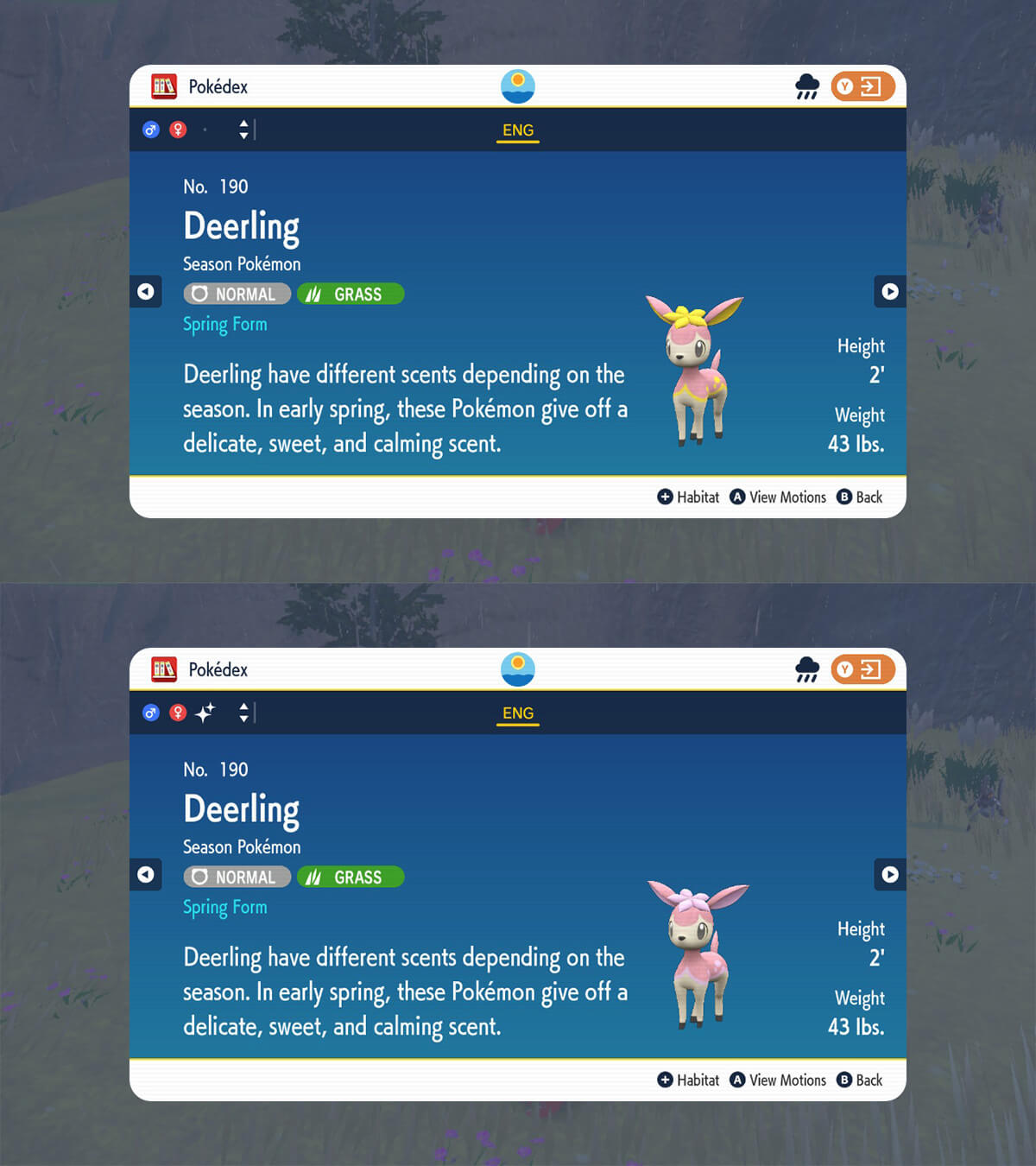 Also read about: The Perfect Gifts for Pokémon Fans

Spotting Shiny Pokémon becomes a lot easier when they appear in groups, and thankfully, that happens a lot in these latest games. This, of course, gives you the chance to compare them to each other. A Pokémon with wildly different coloration tends to stand out next to others of its species, but even slight differences are easier to see in greater numbers, so don't forget to give any herds of Pokémon a second look. 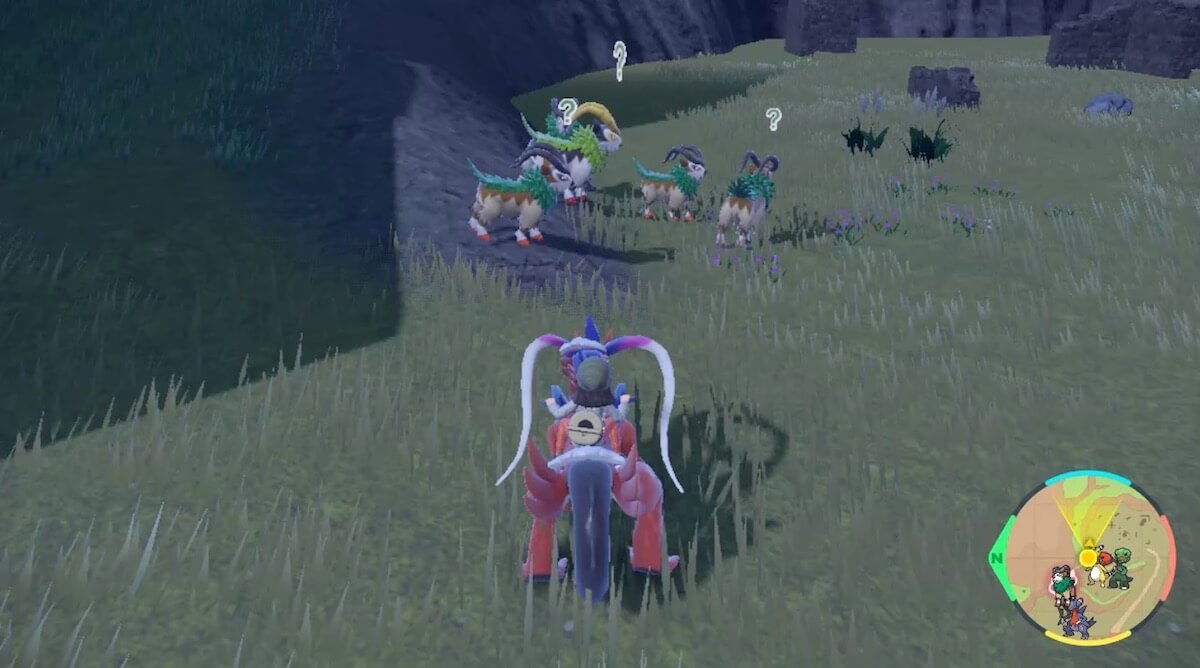 While using the Flying Taxi service to zip around the map will get you places faster, why not take the more scenic route? Taking your time to get across the map, whether you're on foot or on the back of your Koraidon or Miraidon, means spawning more Pokémon, and the more Pokémon you see, the better your chances will be that one of them is Shiny. Sections of the map that are more densely populated with Pokémon can also help. If you're not in a rush, try taking things slow and taking a closer look at every last Pokémon that appears, and you'll be surprised by how many Shiny Pokémon you'll be able to encounter. 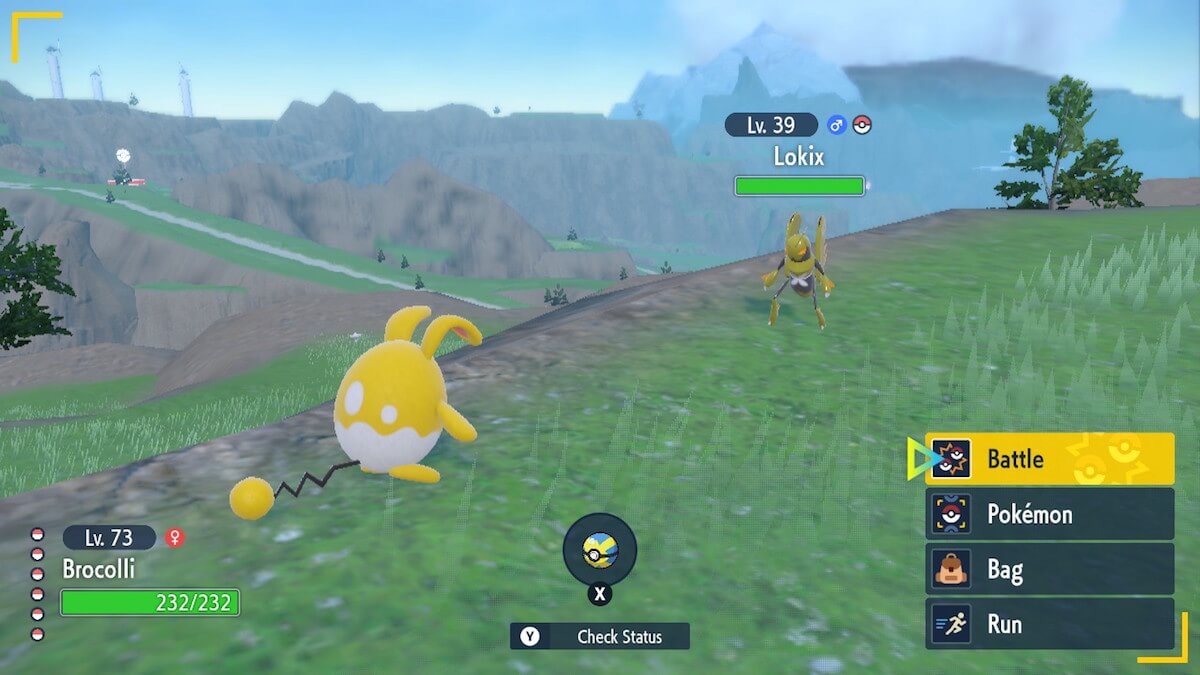 Use the Let's Go Feature to Be Sure

Even if you know what you're looking for, some Shiny Pokémon are just plain difficult to discern from the standard issue versions. Pokémon including Tandemaus, Pikachu, Slowpoke and Garchomp are nearly identical to their Shiny forms, but instead of running into each and every one to make sure it's not Shiny before defeating it, you can quickly check by using the games' Let's Go! feature. By pressing the R button, you can send out the first Pokémon in your party to automatically battle the Pokémon in front of you. Your Pokémon will refuse to attack a Shiny Pokémon in an Auto Battle, so if the wild Pokémon is defeated, you can rest assured it wasn't one. 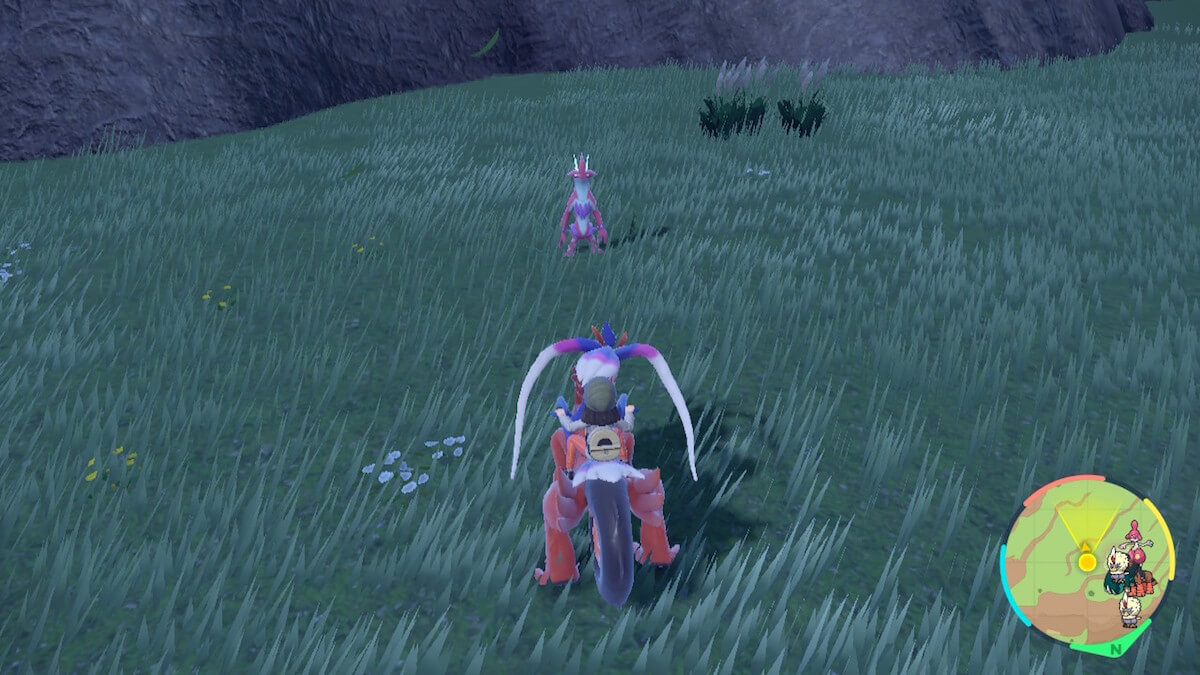 Also read about: What Your Favorite Pokémon Scarlet and Violet Starter Says About You

Play With Boosting Your Odds

On the off chance that you do want to want to try your hand at actively Shiny hunting, it helps to know the best methods. The simplest, in our humble opinion, is to take advantage of Mass Outbreaks. Simply go to the location of the outbreak and Auto Battle 60 of the outbreak's species to increase your odds of finding a Shiny to one in 1365. Then, either use a picnic or run in and out of the area to reset the Pokémon there until you've found the Shiny you're looking for. This can take a while, but if you stick with it, you're pretty much guaranteed to find the Shiny you're after.

Of course, this method only helps you find the specific Pokémon for the day's daily outbreaks. Specifically manipulating the Shiny Pokémon that will appear can be a lot of work, but is totally worth it if you're serious about it, and the best way to do this is with "Meal Powers" you get from making sandwiches.

First, you'll need to participate in Five or Six-Star Raids, and get lucky enough to get Herba Mystica as a prize. That's because you'll need at least two Herba Mystica to make sandwiches with something called "Sparkling Power," which quadruples your chances of spawning in Shiny Pokémon while it's in effect. Check out the guide below to see which ingredients to use in your sandwiches during picnics, which don't just give you Sparkling Power, but also Title Power (increasing the odds that the Pokémon will have special Marks) and Encounter Power (increasing the spawn rates of the specific Pokémon type specified).

We also suggest focusing on Pokémon that are the only one of their type in a certain area. You're out of luck if you're trying to isolate the water-type Dondozo in its big lake full of other watery Pokémon, but hunting a fire-type Larvesta in the desert or psychic-type Ralts in front of the first town is likely to yield some quick results with the right Meal Powers in place. It's definitely a bit of work, but if you've always wanted a Shiny Pokémon to call your own, these methods really get the job done. 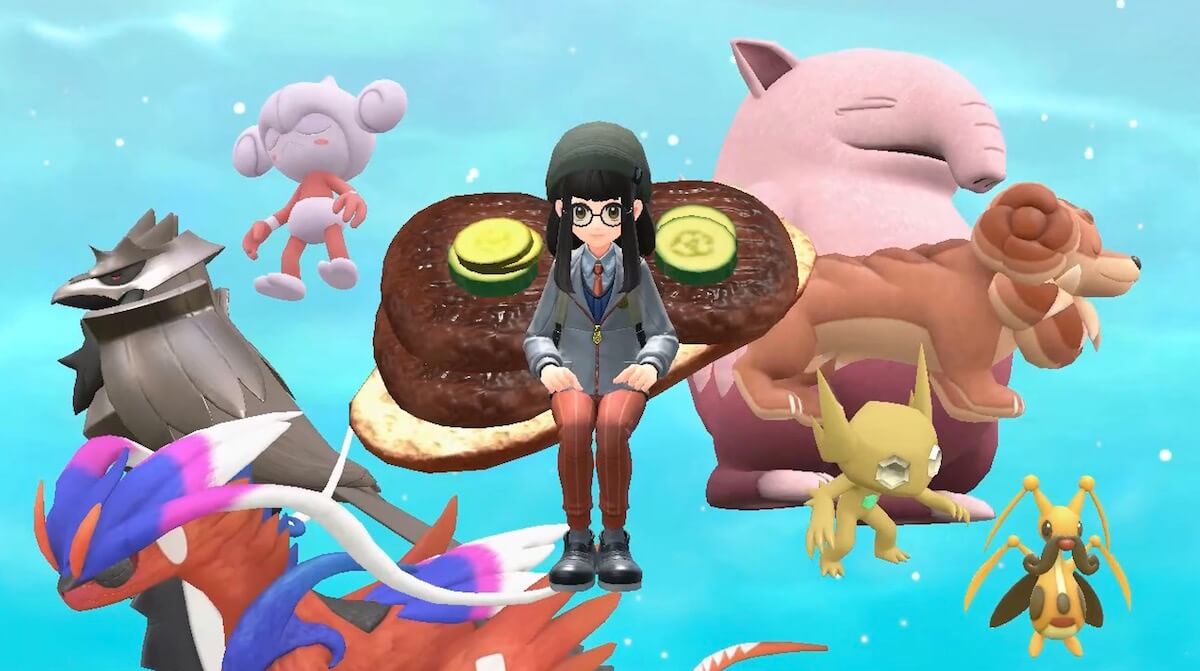 Curious about hunting Shiny Pokémon in Pokémon Legends: Arceus? Click HERE for our guide on completing your Research Level 10 Pokédex.