Hello again, it's Brittney here. Remember me? You know, the really unathletic girl who a couple weeks back poured my heart out and revealed why I want to become a beach volleyball player?

I'm not a volleyball player quite yet, but I'm making progress, see: 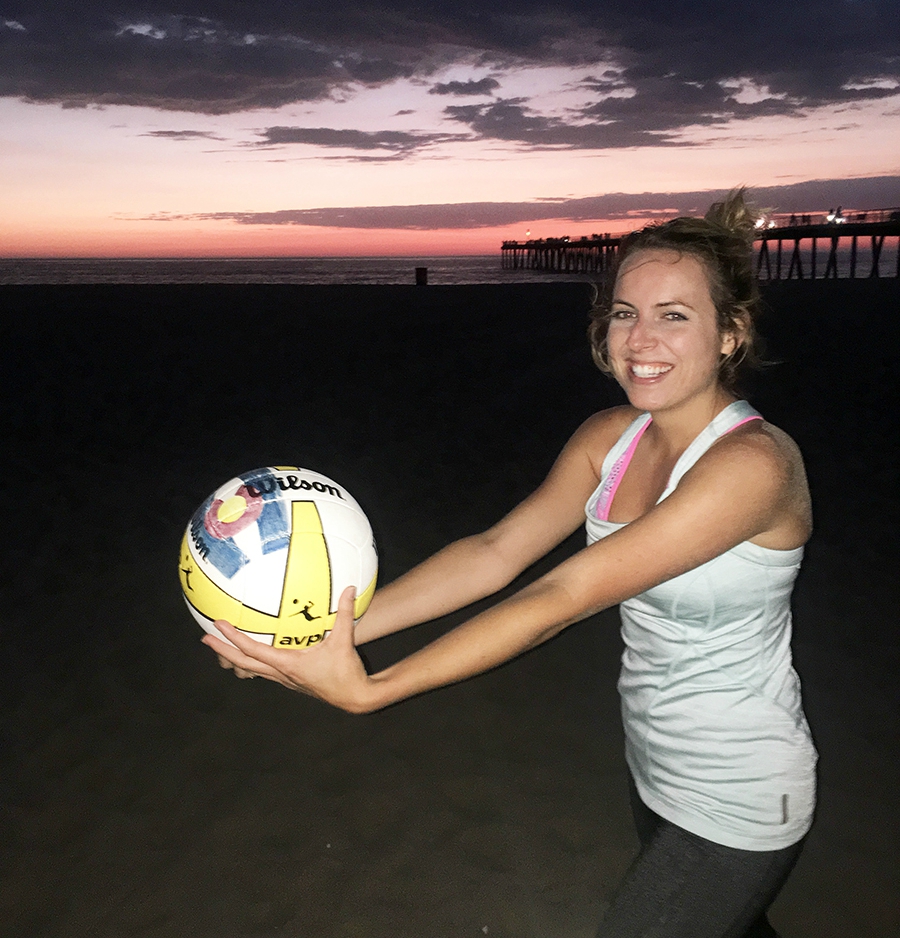 If you read my previous post, then you know that I've set out on a six-week journey where I'm challenging myself to learn the fundamentals of beach volleyball and become more confident in my skills as an athlete.

To complete this challenge, I've put together a set of basic rules I have to follow. This includes attending my Sunday morning volleyball class, practicing drills and running on my own two times a week and, most importantly, making sure to document my experience so that I can report back to you.

It's now week four of my challenge, and I only have two classes left. Time has flown, and since I last checked in, I've made some major headway, had some minor drawbacks and am learning to really enjoy this sport I haven't quite yet mastered. Here's exactly what's gone down.

A Work in Progress

After my first class, I was ready and eager to get out on the sand and practice.

I made my boyfriend rush down to the beach with me a few nights after work to practice drills before the sun set and we were in complete darkness.

I will say one of the major benefits of beach volleyball is the serene setting. I mean, look at that backdrop. 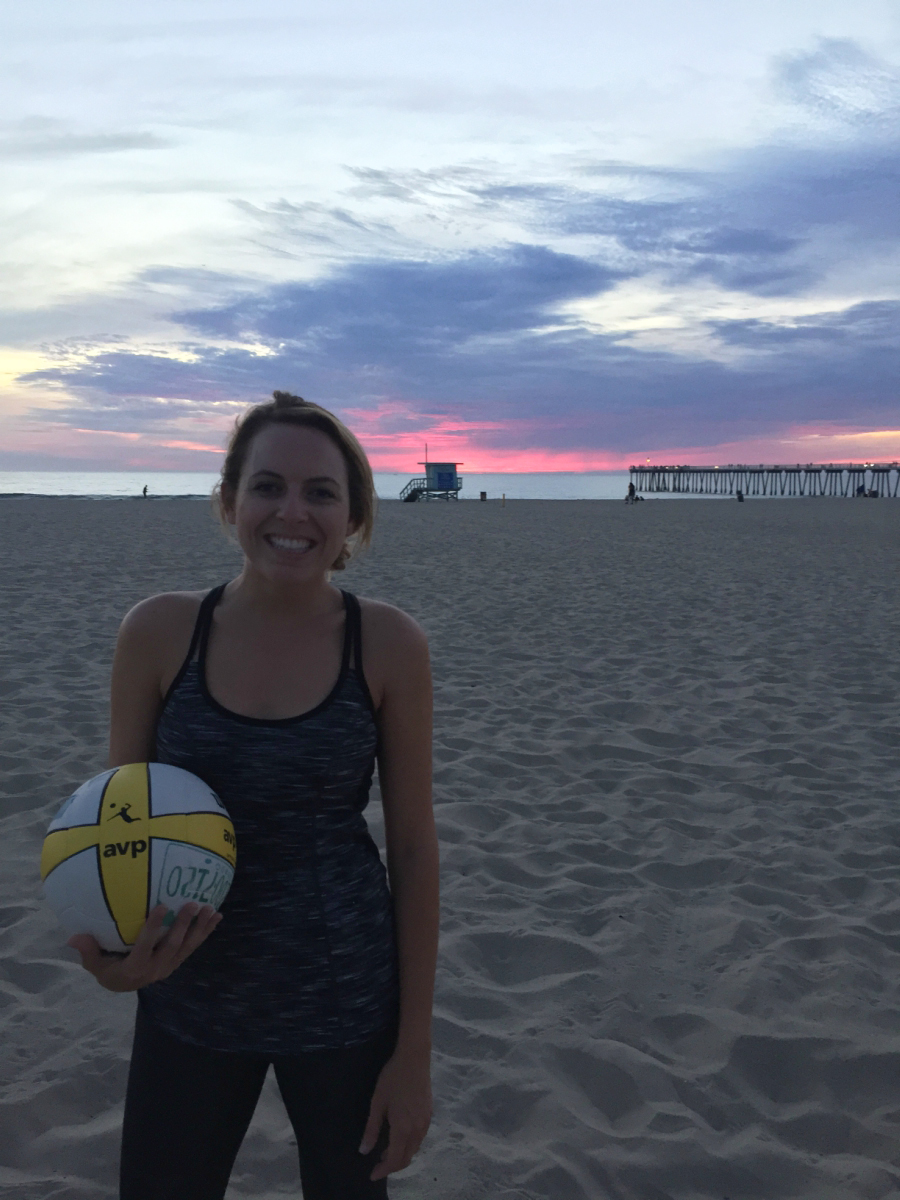 Although I look all smiles in the above picture, I wasn't a happy camper at all times during my individual practice that first week. My two runs were sweaty and painful, and I complained most of the way through.

One thing I've realized in this process is that I'll need to be in much better shape if I want to keep up on the court. Although I hated every painstaking second of my dreadfully awful runs, I knew that they would make me feel stronger in my practices the following week.

In week two, the routine was much the same as week one. I attended class with my co-worker Ashley, asked the coach far too many questions and then really pushed myself during the work week to put in my own time practicing drills and working on endurance. It was smooth sailing.

Then, week three hit and progress halted as I was out of town on Sunday and unable to attend my third class. I was disappointed, but also I knew there was nothing that I could do except train and practice harder the following week.

Since summer has ended, daylight has slipped away much faster, making it harder to play on the beach. That week in particular, I kept using the lack of sun as a reason not to practice. I was falling right back into my tendency of giving up easily.

But since I vowed to overcome this habit, I powered through and found other ways to practice. I ran a little farther, went on a bike ride and decided to do my drills in a brightly lit alleyway rather than on the beach.

It worked. I attended my third class this past Sunday and felt noticeably more confident in my skills. Our coach even called out my co-worker Ashley and me, acknowledging that we had immensely improved since our first class just a few weeks prior.

With that confidence boost, Ashley and I were able to volley better than ever before, play a successful mock game and walk away feeling like real progress had been made. Best feeling ever, might I add.

Since this whole "sports" thing is pretty new to me, I was in for a bit of a shock when I realized how much of a toll a new sport and the use of different muscles can have on your body. That's where my first challenge came into play.

After two days in a row of practicing last week, I began to notice that my forearm was bruising. That's what hard work will do to you, I guess.

My boyfriend and co-workers say they saw nothing, but it ached nonetheless. 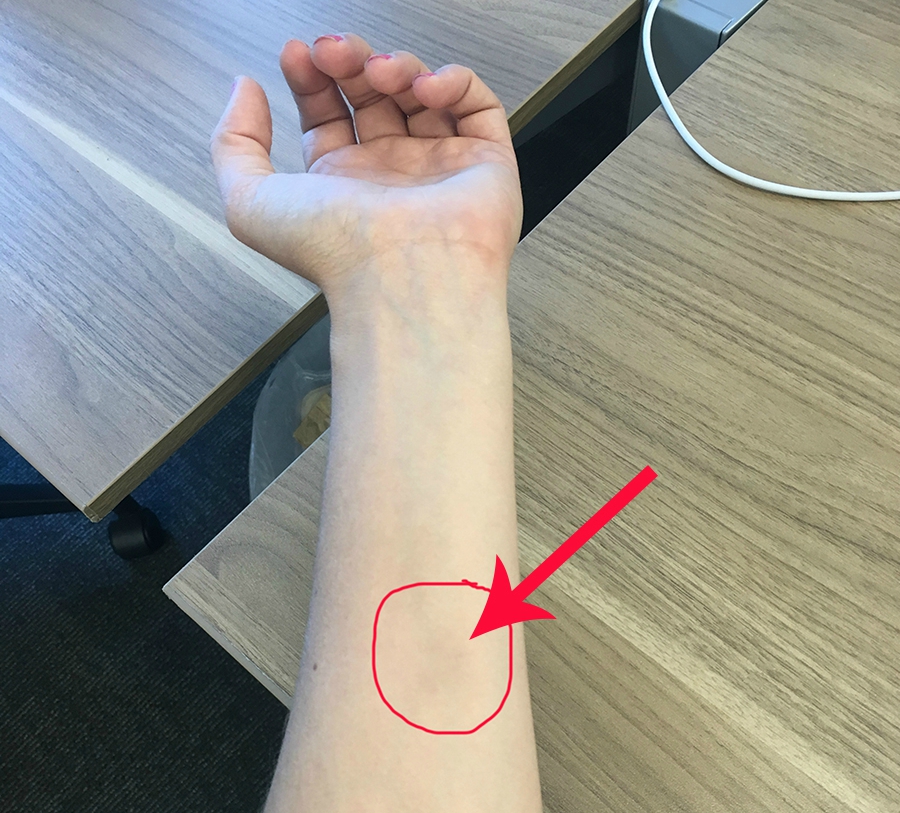 This week, the bruise is gone and my forearms, or "ball-hitting platform" as my coach so eloquently calls it, are getting stronger every day.

With my minor "injury" behind me, I continued to play and decided to head to the beach last Saturday to meet up with some of my volleyball friends to watch them in action. That's when challenge number two occurred.

The second I arrived at the beach, I was asked the question I knew eventually would arise: "Hey Brittney, we could use another player. Wanna play?"

My initial reaction was to say no, to tell them I wasn't ready and that I didn't want to play and stall the game for the "real" athletes. I'm programmed to chicken out and run away from what I'm scared of, after all.

But not this time. I knew I had to suck it up, say yes and dive head first into what I feared most. So what if I failed? I was among friends who wanted to help me, teach me and see me progress. So I jumped right into a game of fours.

After some briefing on how the game worked (since I had really only been practicing drills and not playing an actual game), we started.

It was rocky. I wasn't ever exactly sure if I was standing in the right place or calling balls properly, but there I was, giving it my all. Even if I didn't hit every ball perfectly, I was trying.

When the game was over, the friends I had been playing with were nothing but nice. They encouraged me to practice my serve and even worked with me one-on-one to show me support and help me improve.

That's an awesome feeling—knowing that other people want me to succeed just as much as I do.

These past few weeks have been great learning experiences for me.

As I said before, I've learned I'm not in the best shape I could be. I'm pretty sure not every drill practice should end with me sprawled out on the sand and out of breath.

I've also learned that I really enjoy practicing volleyball. Mostly because each time I practice, I notice some small change—I hit more consistently, swing my arms less or have more control of the ball.

I only have two more Sunday classes before this journey ends, and I'm prepared to take full advantage of them.

I'm going to push myself to play in more games, run harder and longer and continue to ask my friends and coach for feedback.

I'm still not quite where I want to be with my skill set, and I wouldn't deem myself "fearless" on the court, but I'll take this one step at a time, and rest assured—I'll get there.

You'll just have to wait for my next piece to see how it all falls in place!

Did you miss reading about the first part of my journey? Read HERE how this whole crazy process began.