One Direction Get LEGO-fied in Art Of the Brick Exhibit!

We've always wanted a One Direction LEGO set! While there aren't any plans for an official 1D LEGO blocks (yet), an artist has recreated the boys in brick form his The Art of The Brick exhibit! 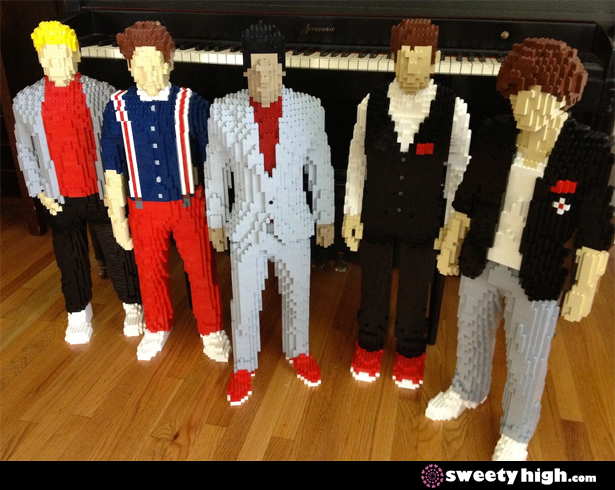 The New York-based artist is Nathan Sawaya, and his amazing sculptures, build entirely from LEGO bricks, have been seen by audiences across the world as The Art of the Brick has toured throughout North America, Asia and Australia. Some of his creations are headed soon to South Africa!

Sawaya's artistic creations span from humanoid figures to animals, 2D art, architecture, landscapes and much more, but we're particularly drawn to his depiction of the five One Direction boys, recreating their images from their appearance on the Today show in March of 2014!

What do you think of LEGO One Direction? Let us know in the comments below and join our 1D fan club at Sweety High!