Leroy Sanchez Opens Up About His Childhood, 2017 Tour and Brand New Single!

Spanish singer-songwriter Leroy Sanchez first came to our attention due to his amazing Adele and Ed Sheeran covers on YouTube.

His talent does not stop there, though. With a new tour and single coming up this year, it's obvious that he's making a name for himself as an artist in his own right.

In typical Man Crush Monday fashion, we decided to check in with the guy behind that amazing voice and dig up a little bit more about him. Check out everything he had to say below! 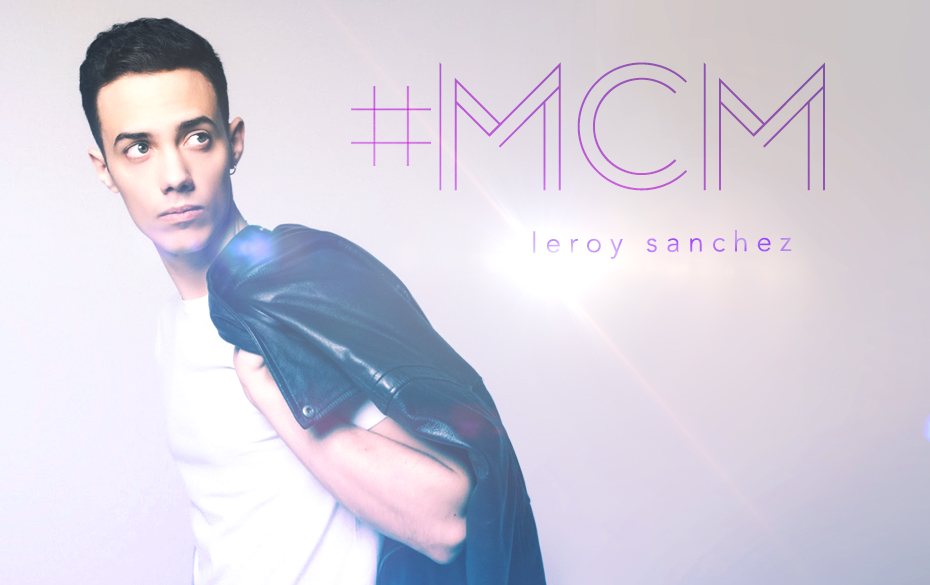 1. He has three French bulldogs in his home country of Spain. Their names are Rumba, Coba and Chambo, and they live with his parents. It looks like he spends most of his time covered in dogs at home and we don't think there's any other way to live.

2. When he was younger, he loved collecting Pokémon cards.

3. Like us, he loves watching Stranger Things and "any Christopher Nolan movie," he told Sweety High.

4. His favorite food is a Spanish omelette. "I grew up eating it and it's so typical in my country," he shared. "When I used to go fishing with my family, we would bring one and eat it cold. So good."

5. The three things he'd want to be stranded on a desert island with are a guitar, notebook and pen. Of course, we wouldn't expect anything less from someone who can bust this out on the guitar.

6. The number one thing on his current bucket list is to release an album. We see this in the very near future so he should probably get to work on a new top goal in life, right?

7. During his epic Man of the Year tour, he'll be going all around Europe, Canada and the United States. As for what he'll be performing, he revealed, "I'll be singing a lot of covers fans have seen me doing on YouTube over the year, but I'll also be sharing a lot of original songs they've never heard before and I've been dying to share with them!" You need to buy those tickets now. It sounds like it's going to be a can't-miss tour!

8. He has a new single in the works, and you should be totally psyched about it. "I've been writing songs for many years now and this one is the one I've felt the most confident with, as well as with the message," he said. "I'm very excited for fans to hear it—which they will at the show—because this song creates a great picture of where I want to go as an artist and also they've never heard me singing something like this." We can't wait to hear it. All the more reason to snag those tour tickets ASAP.

If you're like us and can't get enough of Leroy's music, then we think you also need THESE amazing light-up headphones to go with his tunes.