Everything You Need to Know About Country Artist Levi Hummon

If you're a country music fan and you don't know Levi Hummon, you're missing out.

We're currently obsessing over his new single, "Drop of Us," and once you hear it, we think you will, too. Here are all the things we think you should definitely know about him, straight from Levi himself. 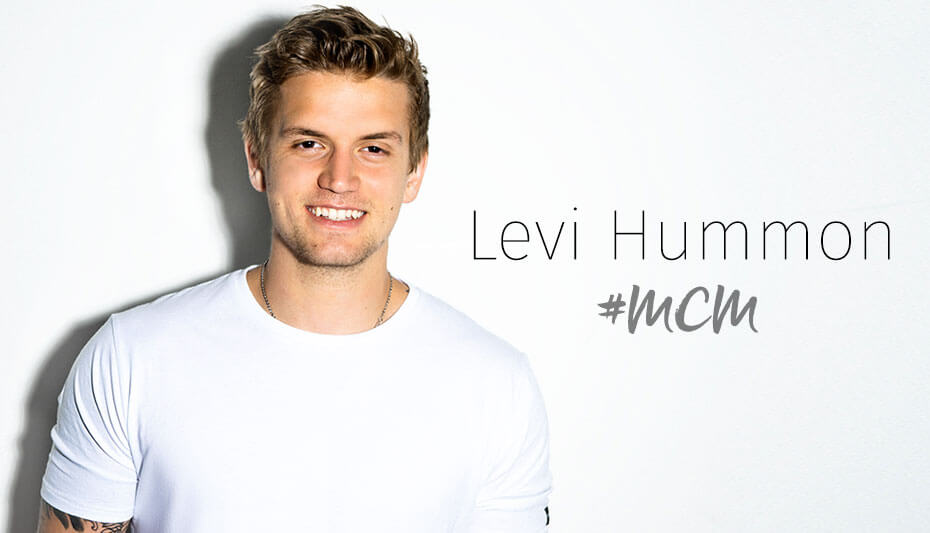 1. He says Into the Wild is the film that's made the biggest impact on his life.

"It's about a guy who drops of out of college, stops everything he's doing and heads west just to find happiness. It's a true story, and sadly the guy ends up dying in Alaska after eating a poisonous berry. But I just love the idea of quitting everything to find happiness. That's what music is to me—the pursuit of happiness and emotion."

"I think the symbol is a crab. I've heard it means I'm hard on the outside, but soft on the inside. I could see how that describes me. I'm pretty in tune with my emotions and wear them on my sleeve most days. Maybe at first glance, you wouldn't notice that all my tattoos are about my family and love, and could possibly find me somewhat intimidating if you didn't know me. I'm actually a big softie.

"My mom had to deal with a whole lot of crazy. I think being an older brother had a big impact on me. It made me protective, but also forced me to be a role model for the people I care about.

4. Levi says the biggest risk he ever took was dropping out of college and putting everything on the line to pursue his first-ever publishing deal.

5. His biggest musical inspiration is his dad, songwriter Marcus Hummon, who has written hits for country legends including the Dixie Chicks, Rascal Flatts and Tim McGraw, among others.

6. He's scared of heights, as well as broken glass.

7. Honesty is super important to Levi, and he usually says exactly what's on his mind.

8. He has a gorgeous Australian shepherd named Tahoe.

9. His favorite animal is the panda—and he's even considering a panda design for his next tattoo.

10. He's a perfectionist whose biggest pet peeve is when people aren't on time.

11. His latest single is called "Drop of Us," and it holds an important place in Levi's heart.

"I knew the song was special when we wrote it, and then it was a standout every night out on the Hunter Hayes tour this past year. Fans seemed to love the song and would try to sing along to the chorus without even knowing the words."

You can listen to the awesome new track "Drop of Us" HERE.

If country is your favorite musical genre, click HERE for the sweetest country lyrics to use as Insta captions for your relationship.