All She Wishes' Lexi Giovagnoli Makes Wishes Of Her Own!

Lexi Giovagnoli stars opposite Calum Worthy in the new movie All She Wishes, which is available for digital download today! We shared part 1 of our interview with Lexi last week, and we reveal even more about the actress today! 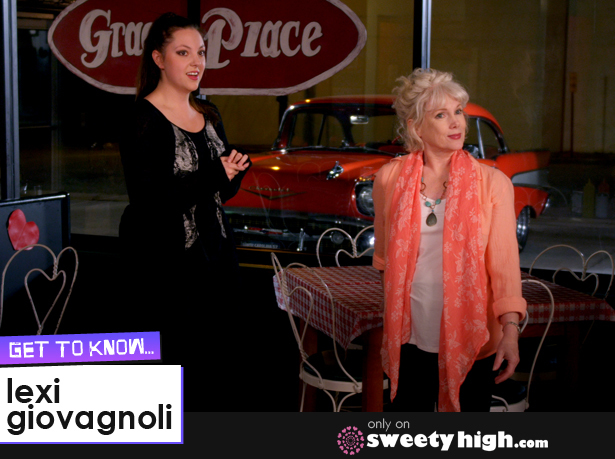 In the film, Lexi's character, Sophie, accidentally makes a wish that brings the popular actor Drake (Calum Worthy) into her life with the help of a magical car named Star!

We asked Lexi a few questions about what she'd do if she were Sophie, including the wishes she'd accidentally make!

As a kid, she was also in love with musical theater.

"I was raised watching musicals with my mom," she said. "I would love to, if my schedule permits and it's in the cards, do something like a musical theater show, preferably onstage. That's always something I've wanted to do so badly."

If she were to accidentally wish for a celebrity date to the Valentine's Dance, she said it would probably be Chris Evans.

"I think he's great, as an actor and a person," she said. "And of course he's very attractive, as every girl will tell you. I mean he's Captain America, so you can't really go wrong with that!"

Fans of romance and comedy are absolutely going to adore the new film!

"I think it's a great story and it's just a lot of fun and it really speaks to kids in high school who feel lost the shuffle or who've lost their way personally," Lexi said. "It's a really cute story and I have watched it multiple times, which speaks volumes because as an actor you never like watching your own stuff."

She urges everyone to check it out!

"I can genuinely say it's a really adorable story and a great message that people can relate with," she said. "Plus Calum is hilarious in it. There's a lot of really funny moments, there's a lot of physical humor. It 's definitely a laugh and a great story."

All She Wishes is available today on Amazon, AT&T, Character, Google Play, iTunes, Vimeo, VUDU and Vubiquity! More on the film is listed in the featured posts! Comment below with your thoughts and let us know what you think of the film in our community at Sweety High!