Everything You Should Know About Good Girls Actress Lidya Jewett

Actress Lidya Jewett is one huge talent on the rise, and we can't get enough of everything she's in.

Her life changed forever after she was adopted from an Ethiopian orphanage at the age of 4—and since moving to America, she's established herself as an incredible young actress. Today, she's a series regular on NBC's Good Girls, and she's appeared in massive feature films including Hidden Figures, Wonder and Black Panther.

We think she's just getting started, and we had the opportunity to find out her unique approach to her life and career in the following interview. 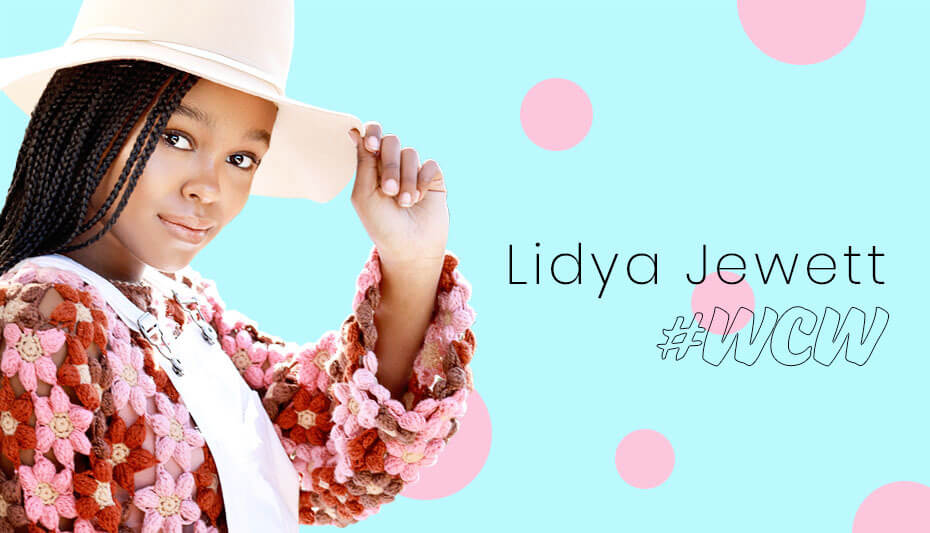 1. Lidya is no stranger to concerts, as her dad tours and she gets to go to his shows, but her favorite-ever concert was seeing Taylor Swift perform.

"She is amazing and Shawn Mendes opened for her. I went to her show in Tampa and her surprise guest was Idina Menzel. The entire stadium was singing 'Let It Go' from Frozen. It was great!"

2. She's probably seen Disney's Let It Shine more than any other film.

"I'm not sure why—I think I just connected with it when I was younger."

"I love the Marvel movies and got to be part of Black Panther so I have to stick with that."

4. She loves to read, and usually turns to a good book to unwind after a challenging day.

5. Her most-used emoji is the Face with Stuck-Out Tongue and Winking Eye  ????

6. She loves holidays, and her favorite day of the year is Christmas.

"Of course the presents are fun, but my mom always makes a fun gift card game also. My siblings and I can get pretty competitive!"

7. Her must-have app is Notability on the iPad, on which she runs all of her schoolwork.

"I use the Apple pencil and I cannot imagine going without it."

8. She's one smart cookie, and people often come to her for academic help.

"I love algebra and am pretty good at it so I enjoy helping others when they have trouble understanding it."

9. Lidya hates frogs, which has made her work a little tricky on at least one occasion.

"When I was shooting a Nickelodeon show in Miami, it had just rained and we were out in a field. We had to walk through a sea of baby frogs jumping everywhere. I died."

10. She says she couldn't live without Dermalogica Microfoliant.

"I have sensitive skin and I use it about three times a week. It is awesome!"

11. Lidya says her work ethic is core to who she is.

If you adore Lidya every week, click HERE for our favorite Instagram captions for celebrating your #WCWs.