If you told Lights that she'd be releasing a comic book series in conjunction with an album when she first started her career, she wouldn't believe you. Yet here she is doing just that.

The story of Skin & Earth, a comic both written and drawn by the songstress, is tied directly to the narrative of her upcoming album of the same name. 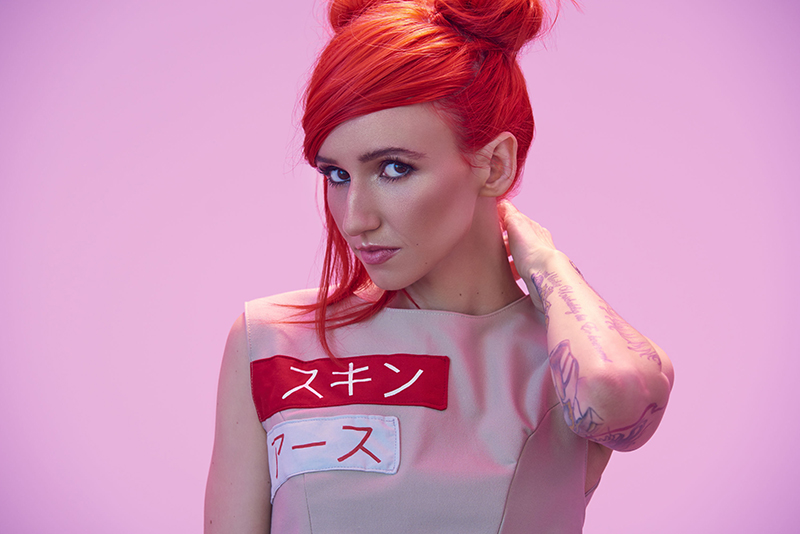 A project unlike anything any other artist has ever done, Lights has proven her creativity knows no bounds.

We sat down with the singer-songwriter to learn about how she wrote both a comic book series and songs for her album, how each of the songs work with the storyline of the comic and the song she's most excited for her fans to here.

Scroll below to see what she had to say!

Sweety High: How did you come up with this concept of having both a comic book and an album that work together?

Lights: This idea has been in my head for years. Going into this record, I was like I should just make it happen. I'm just such a fan of both mediums, so why not be the first one to really do it? It's been done slightly in a couple of ways before, but I don't think it's been done to this degree, so closely tied to an album and certainly not with a woman or in pop music.

I felt like on this record, I needed to go to the next level. I really needed to make the best record possible, and that means bringing in new creative inputs. In the past, that was challenging for me, because you're walking into a session with a perfect stranger and you're expected to pour your heart out and talk about things that are really deep and emotional. I came up with this story to go in with, so that I could shunt all of my personal topics onto a character. I felt this freedom channeling through En, the main character, and suddenly I was able to write about things I never wrote about before. I developed really amazing creative relationships that way.

I did a track with Corin Roddick of Purity Ring, who I'm a huge fan of. I did a track with Big Data on the record. Josh Dun from Twenty One Pilots played drums on a couple of the tracks. It turned into this superpower ability to be able to function inside a creative setting, outside of people that I knew and make that actually work in my favor.

SH: Why did you feel like now was the right time to do this?

L: Well, comics have always played their part in my aesthetic and content of my music. The art of my albums has always sort of been graphic novel-like and illustrative. My videos always have comics in them or some sort of illustrations or otherworldly aspects. It's always been there, but that was the extent of my abilities. Going into this project, I literally knew I wanted to do it but didn't know how. I had to learn. I studied. I read every book about writing comics and drawing comics. I watched webinars online. I watched tutorials. I tried different softwares. I went back and re-did characters and expressions. I rewrote and rewrote and rewrote. I even approached people that I'm a fan of in that industry. I chased down G. Willow Wilson at Comic-Con last year to ask for her advice. I started from the ground and learned how to make a comic. If you would've showed me this comic two years ago, I would've been like, "No, I didn't do that. I don't know how to do that." 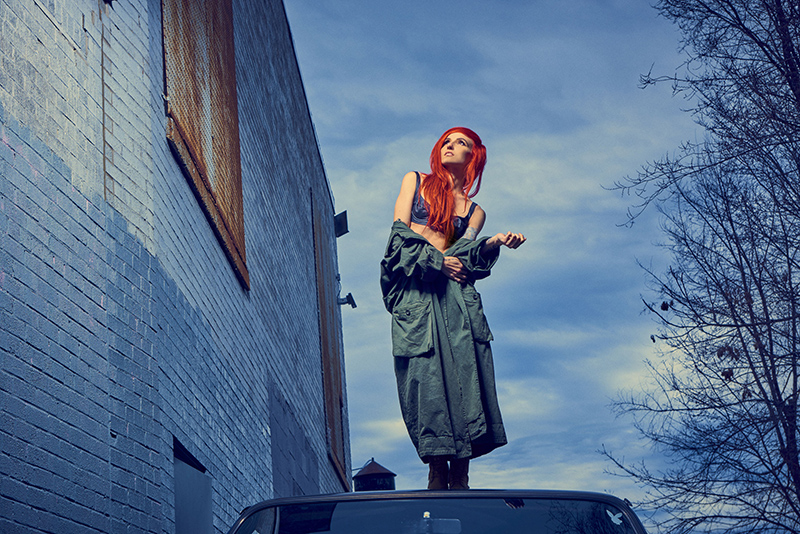 SH: What served as the inspiration for your whole story?

L: A lot of the content that's written about in the record is, at its brass tacks, inspired by where the storyline goes. Every song had to take on two meanings. It had to be the comic meaning and it had to be the real life meaning so that you could listen to it and still totally have a sense about what the song's about without reading the comic at all.

I knew I was going to write a song about fighting in real life. I'm not talking about physical, but rather the need to express your issues with your partner in order to maintain peace. There has to be a fight sometimes, you can't bottle things up. You need this as a therapeutic way to maintain stability in the relationship. So I wrote a love song about fighting. It's one of my favorite songs on the record. The inspiration came from a fight scene in the story, but then evolved into something that was applicable in real life.

SH: How did you come up with the look of your main character, En?

L: She's obviously based on the way I look. I knew I wanted her to have red hair. This goes back to one of my paintings I released a long time ago called "Vengeance." There was this one painting of a girl with fiery red hair and an eyepatch. I've always loved this painting because of the vibrancy of her personality. There's so much depth in her expression, and I've always been curious about what a backstory could be on this character. That's not to say this character is the one in the comic, but the sort of fiery red hair was the inspiration for this character. Plus, I knew I was ready for a hair change, so part of that was figuring out what I could pull off.

SH: What was your process like for writing both your comic book and songs for your album?

L: They all work in tandem. I had the basic storyline going into the songwriting sessions and as I would gain songs that I liked that fit in certain parts of the story, those would contribute to my ideas for the actual story.

For example, there's actually a song called "Skydiving" and goes with the first issue of the comic. In my original story, it was almost an homage to old romance comics. I thought they could maybe be skydiving at the beginning. At the time, I didn't know what the world was yet, who the characters were yet, I just thought that'd be a really cool way to launch the story. I went into the studio to write a song called "Skydiving" so that it would match what was happening in the comic. When I went back to the story, I realized it was super cheesy with it being about skydiving and with the song being called "Skydiving." It was way too applicable, so then the story changed. The song was the way it was supposed to be, but the story couldn't be about skydiving anymore. This was when the story took on its own life and started to develop. 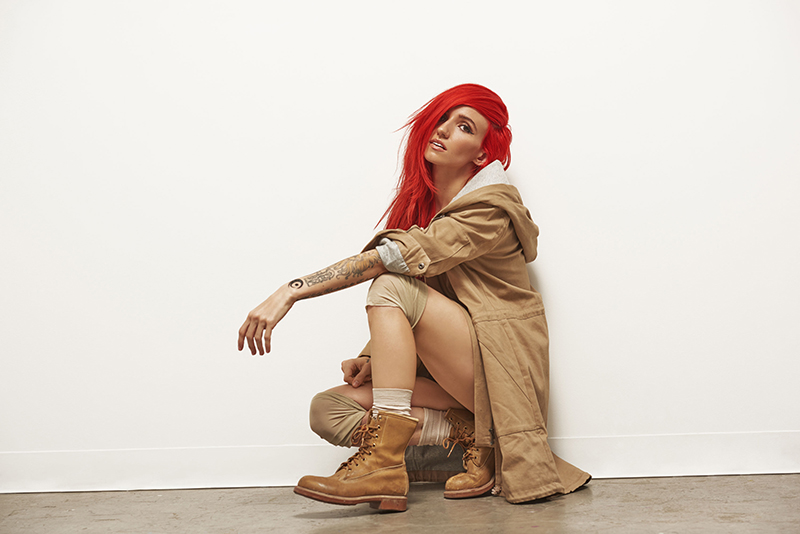 SH: Do you have a song off the record you're most excited for your fans to hear?

L: I'm so excited to share so many of them. The one about fighting that I mentioned before, it's called "Fight Club."  That's my favorite song on the record for sure.

SH: What do you hope fans take away from both reading your comic and listening to your new album?

L: I hope it transports you to another world, quite literally. I put a lot of energy into creating another place. Before I came up with anything, I designed a world. I had the basic idea for the story and then I just put that on hold and created a world. Then the stories just fell into place from there. There's actually an Instagram account that I made called @skinandearthworld. You can find a map there and you can basically explore the world of Skin & Earth. If anything, I want this project to free your mind a little bit and take you to another world.

SH: What have you taken away from this experience?

L: I honestly never knew I was capable of this. It's reminded me that it's one thing to have a vision and an idea, but it's another thing to actually put the work in and make it happen. I think as people, we're constantly in fear of failing, so we don't even try. That has happened to me so many times in my life. I'll have an idea and immediately tell myself I can't do it because it seems impossible. I've learned in the last two years creating this project that the first step is the vision and the second step is the work. That's all it takes. You can accomplish amazing things. 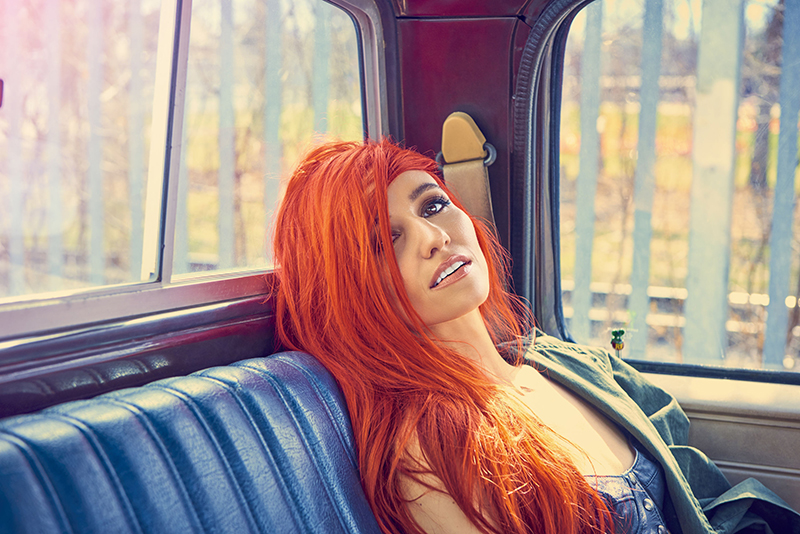 SH: What's the best piece of advice you've received while working on this project?

L: One of them is "There's no such thing as good writing, just good rewriting." That has really stuck with me, because nobody nails anything on their first try. And that's why we let ourselves down a lot, because we think we're supposed to get it right the first time. If somebody had told me that at the beginning of my career, I would've felt a lot better about a lot of my decisions.

Another one was—this pertains to drawing, but applies to a lot of things—"Draw what you love." I've always loosely applied that to my music career in general. I've always made the music I like. But if somebody had given me that advice back in the day, I would've felt a lot better about it. Going into this comic, I was like I'm taking that advice and drawing what I like, so this comic is filled with crystals and girls and tattoos.

SH: In the fall, you'll be touring with PVRIS. What can fans expect from those shows?

L: This will be sort of right off the cuff of the album coming out, so we'll probably be playing a few new songs. I wanted to give the project time to sink in. The last comic comes out in December, so that is when I want to do a headliner. This tour will be really fun to get back on the road and tour with a great band and play some new songs as people start to get to know the record.

Have you watched Lights' music video for her song "Giants"? If not, check it out HERE.