Saturday's MTV Video and TV Awards could have turned into a bad night for Riverdale star Madelaine Petsch, but luckily, Lili Reinhart was there.

Although Madelaine's sparkly pink dress looked amazing on the red carpet, she needed her friend and co-star to help her pin it up just a couple of hours later so she could avoid a major wardrobe malfunction.

Madelaine and Lili's Riverdale characters, Cheryl Blossom and Betty Cooper, haven't exactly been best friends on the show, but the actresses obviously have nothing but love for one other. When Madelaine thought she was in danger of giving people a peep show, her friend stepped in.

"Little does this Madelaine know that in 2 and a half hours @lilireinhart would be safety pinning the bottom half of her dress so her butt doesn't become exposed to the world," she wrote as an Instagram caption on Sunday. 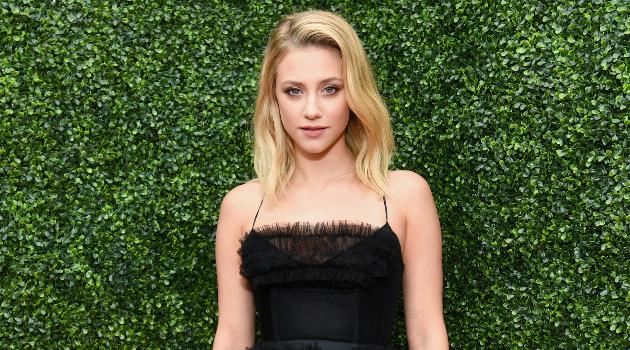 (via Emma McIntyre/Getty Images for MTV)

It sounds like it would have been stressful—just imagine having your dress slip during an awards show, eek!—but it's apparently funny to Madelaine now. Good thing she had a good friend to help her in her time of need. And it probably doesn't hurt that it was a great night for Riverdale: The cast and show itself were up for multiple awards.

If you're pretty sure you're overly obsessed with Riverdale, click HERE to read the signs.