Lindsey Blackwell on the Power of Acting and Her Role as Kendra in 13: The Musical

The iconic Broadway 13 launched the careers of Ariana Grande and Elizabeth Gillies when it debuted in 2008, and this week, it's primed to find a whole new audience when the film adaptation hits Netflix on Friday, Aug. 12.

We're confident 13: The Musical is also set to kickstart big careers for its own rising stars, including Lindsey Blackwell, who plays Kendra. The musical is about Evan Goldman, who's adapting to life after moving to Indiana in the wake of his parents' divorce. With his 13th birthday and bar mitzvah right around the corner, life is messy—and it gets even messier when Lucy, the best friend of popular and friendly Kendra, spreads false rumors that Kendra  cheated on her boyfriend with Evan.

13: The Musical is one of our most anticipated movies of the summer, and we got the chance to chat with Lindsey all about her history with acting, her role as Kendra and what the musical means to her.

Lindsey Blackwell: I started acting when I was 4 years old, and for as long as I can remember I have loved performing. From participating in dance and piano recitals to my first stage play in my hometown, where I got to show my awesome puppeteer skills, I have always loved performing and making people happy. I don't mean to be cliche or anything, but honestly, my a-ha moment that made me realize performing was the path for me was rehearsing and filming 13. I got to use all of my talents and challenge myself! I cannot wait for viewers to see all of the hard work put into this film. 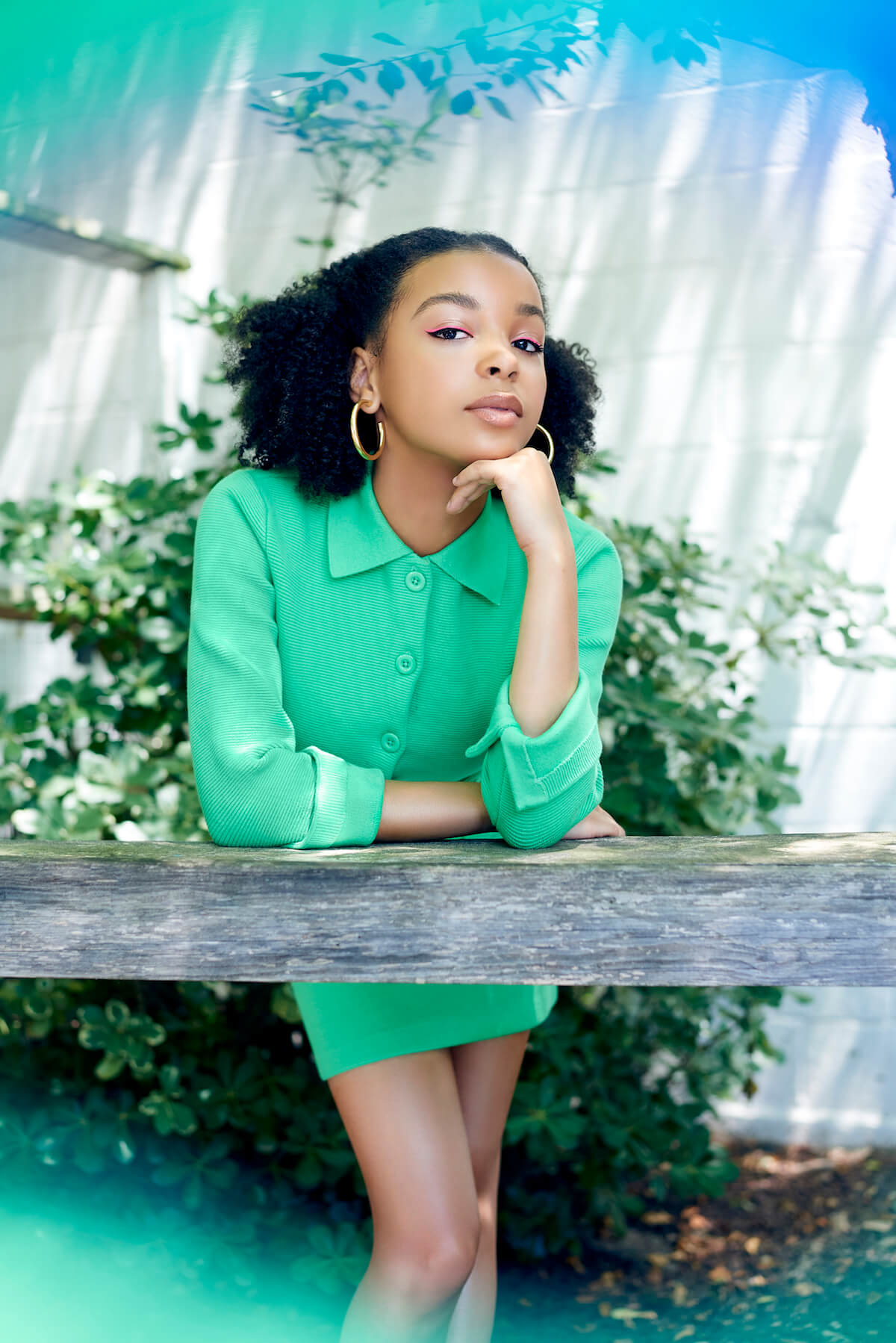 LB: I was fairly familiar with the Broadway version of 13 before I auditioned for Kendra. I didn't know the whole storyline, but I knew Ariana Grande and Liz Gillies were in the original production, so I was completely fangirling when the audition first came through!

SH: Can you tell us a little bit about 13: The Musical? How would you describe your character, Kendra?

LB: 13: The Musical is about a kid named Evan Goldman who moves from NYC to a small town in Indiana after his parents' divorce. He has to navigate a new school and new friends, all while trying to turn his upcoming Bar Mitzvah into the coolest party ever. My character Kendra is extremely kind and the head cheerleader at her school. She has been raised by strict parents and she is trying to find her own as the movie progresses.

SH: How similar are you to Kendra in real life? What would you say are your biggest similarities and differences?

LB: I connected to Kendra immediately because we have so many similarities. I am kind and generous. I always love to make people feel included and seen. Kendra is very inclusive and aware of how she treats people. She doesn't let people walk over her and take her kindness for
granted. The one difference between Kendra and me is that she is a little oblivious and naive, especially to Lucy's intentions. I think I would have picked up what she was putting down, if you know what I mean.

LB: The cast and I spent so much time together on and off set. One of my favorite memories with the cast is actually from my birthday! I had my 15th birthday on set, and the cast, crew, and the team from Netflix surprised me with gifts and decorated my trailer with balloons and everything! It really showed me how much of a family we all are.

SH: What part of the film are you most excited for audiences to dive into when it comes out?

LB: I am most excited for audiences to dive into all of the fantastic musical numbers throughout the film! They were so much fun to film. On another note, 13: The Musical has so many life lessons for viewers to take away. The film does a phenomenal job of showing positive friendships and the importance of forgiveness.

LB: Yes! I am currently working on my first EP! I plan to release it mid to late summer! Also, viewers can follow me @lindseyblackwellofficial on all social media platforms.

For more on our favorite rising actors, click HERE to read our interview with Liliana Inouye, star of Apple TV+'s Amber Brown.