Ever since I was introduced to them last month, I've been obsessed with Liquid I.V.'s Hydration Multiplier mixes.

I've had at least one nearly every day since then, and when they teased that their next celebrity collaboration was with someone Sweety High's readers would absolutely love, I eagerly awaited the next release. I couldn't be more surprised to eventually discover the star in question was Justin Bieber, and when I heard his version would be a Guava Hibiscus flavor, I became even more excited.

Now that I've tried it myself, I can say this "yummy" collab was well worth the wait.

The secret to Liquid I.V.'s Hydration Multiplier drink mixes is CTT, or Cellular Transport Technology. According to Liquid I.V., a mixture of sodium, potassium, glucose and water in their drinks results in faster absorption of hydration to the bloodstream through this process. They say that this allows their beverages to hydrate twice as fast as typical water. Since the vast majority of people don't get enough water every day, that's a very good thing.

To use Hydration Multiplier, you just need to tear open a packet, pour its powder into a glass, and mix with 16 oz. of water before drinking. The resulting sports drink contains three times the electrolytes of typical sports drinks, as well as potassium, Vitamin C, Vitamin B3, Vitamin B5, Vitamin B6, Vitamin B12, with just 50 calories per serving. It's also vegan, dairy-free, gluten-free and non-GMO.

Justin Bieber is actually an investor in Liquid I.V., and the new "Yummy" Guava Hibiscus flavor is inspired by his music, including the hit song of the same name. Hydration Multiplier is also available in Passion Fruit, Lemon Lime and Açaí Berry flavors. The Yummy flavor starts at $24.47 for a 16-pack and is only available for a limited time, so nab it fast if you're interested.

Seeing as Liquid I.V. has become a part of my daily routine, I was curious to see how the Yummy Guava Hibiscus would stack up compared to my other favorites. While I initially found opening the packets cleanly to be a little tricky, I've mastered that process by now, ripping the end off a packet at the start of my work day and emptying it into a glass. As with before, the powder was really fine and white, with a strong, sweet fruit smell.

After mixing in the water, I took my first sip. The vibrant guava flavor reminded me a little of Hawaiian P.O.G. with enough tang to ensure the taste was complex rather than overly sweet, all rounded out by the addition of hibiscus. Again, I found that the slight flavor of salt actually elevated the fruity flavors, making it incredibly easy to drink.

Of course, even more important than the flavor was how it made me feel. First thing in the morning, when I was still a little sleepy and out of it, the flavor perked me right up. Because it tasted so good, I downed the glass in no time, and within minutes I felt more alert, engaged and ready to take on my day. When I felt a bit of a slump after eating too much for lunch, another round did the same thing. While I got the same result from the other flavors, this one might be the tastiest of all, and I'm excited to keep on drinking it. 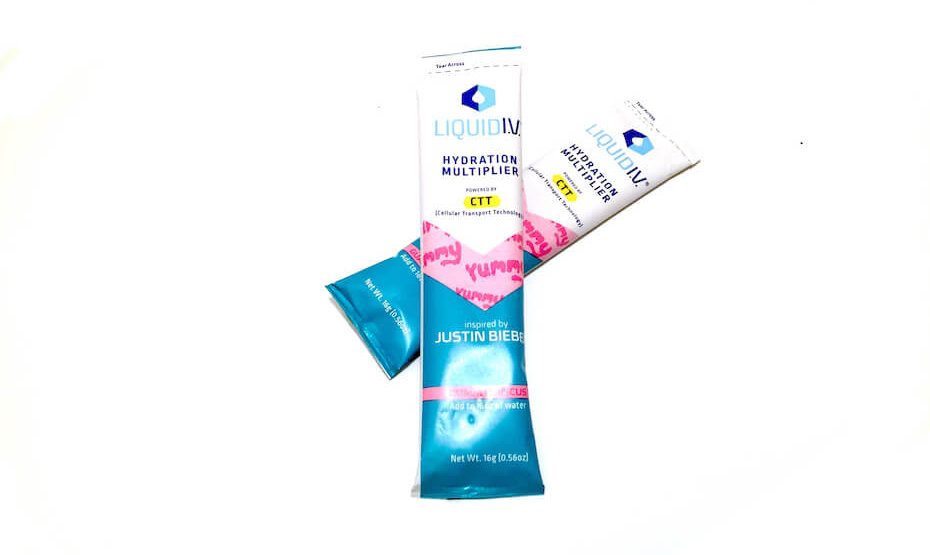 The Yummy Hydration Multiplier is my favorite thing I've tried from Liquid I.V., and that's saying a lot because everything they make tastes so good. They also leave me feeling deeply hydrated and healthy without chugging huge amounts of water, which I always appreciate. I don't know if it's the CTT that's doing it, or just that the tasty flavors make me want to drink them down fast, but either way, it works for me.

I've got to admit I don't personally listen to Justin Bieber much, so I can't speak to the manner in which the flavor might invoke his music or the feel you get when you listen to it. I'm quite sure this one will appeal to fans and haters alike. At $1.52 per packet, flavoring 16 oz. of water, it can be a bit more expensive than your average sports drink, but to me, the flavor and feeling are worth that. Plus, if you love Justin, that might be a compelling enough reason to at least give it a shot. 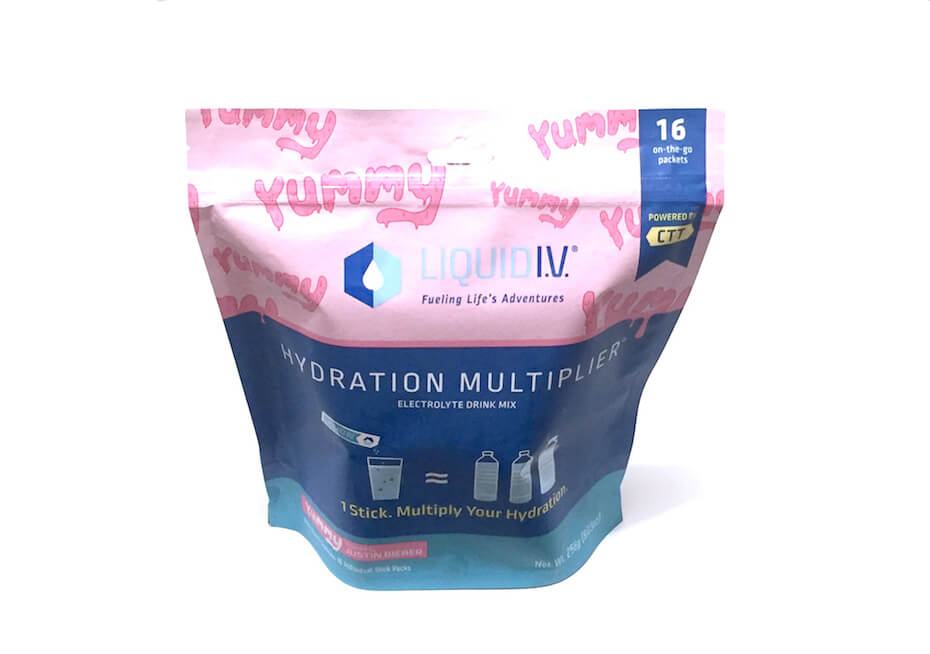 Curious about what else the company has to offer? Click HERE to read more about Hydration Multiplier's other great flavors.