The new live-action Aladdin is just the latest in a line of revamped releases from Walt Disney Pictures.

In recent years, Disney has shifted their focus towards bringing their original animated stories to life, combining their classic appeal with a refreshing sense of modern perspective. Aladdin is no different.

With stunning visual imagery, nostalgic emotional callbacks and an approach that centers on empowerment, the movie had an impact.  While it's still far from perfect, it was an undeniably enjoyable watch, in large part due to subtle changes from the original cartoon that really do make all the difference.

One of the biggest fears around the new live-action Aladdin centered around Will Smith taking on the iconic Genie role. It was originally played by Robin Williams, and most fans felt it would be impossible to fill such large shoes. Will Smith's genie, however, doesn't really try. Sure, he delivers many of the Genie's iconic lines and embraces his light-hearted approach to the role, but he infuses the character with his own unique personality. He brings a fresh sense of comedy to the film with a drier, significantly more biting humor than the original Genie.

Will Smith creates a new character, allowing viewers to remember the original Genie with nostalgic fondness while still embracing the one onscreen. Genie remains a lovable part of the film, but he's infused with a personality that speaks to an older, more contemporary audience. Truthfully, it's the perfect way to bring the film into the modern era while still respecting all the positives of the original cartoon. 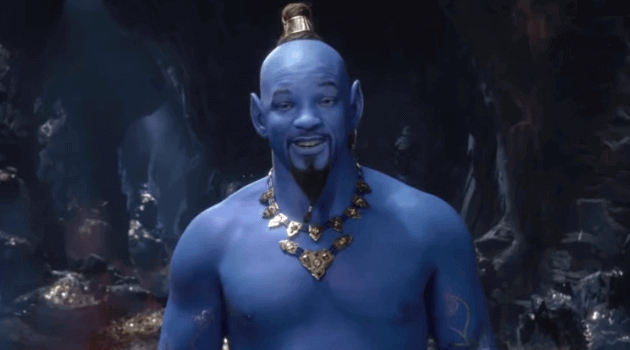 In addition to Genie's fresh personality, his story also receives an update in the 2019 remake. In the original film, Genie is freed at the end by Aladdin's wish. He maintains his cosmic powers, but he no longer has to answer to a master. He packs up his bags and heads out to explore the world, all on his own. In the live-action remake, Aladdin's wish to free Genie means that he becomes a human. He's then able to pursue his relationship with Jasmine's handmaiden, Dalia.

In the end, Genie is the one telling the story to his own children, showing that he's lived a long, happy life with the woman he fell in love with. Was it a necessary change? Probably not. However, it humanizes the Genie in a way the original cartoon doesn't. This one simple change gives the Genie his own storyline and his own motivations, rather than relegating him to the position of a lonely, but powerful other entity. It was a sweet ending for a beloved character, and one that we missed out on in the original film. 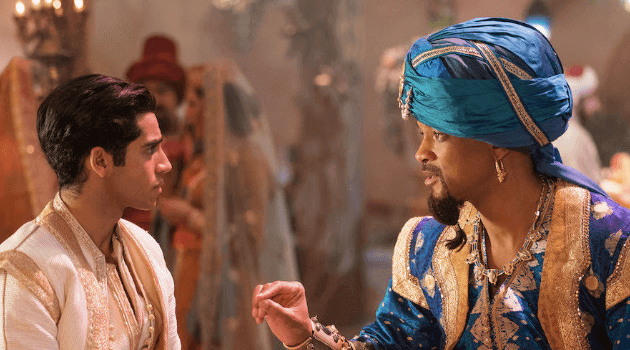 In the original animated film, Jafar's story isn't fully fleshed out. The dude's super evil, so how did he become advisor to the Sultan? In addition, his behavior with Jasmine is totally creepy. He wants power and prestige, yes, but he also wants to marry the princess and has no problem making his weird desires known.

The live-action film remedies these problems to some degree. For starters, Jafar is given an actual backstory. He was a poor thief all his life, who then used his skills at deception and the money he stole to rise to political power. In addition, he has no real interest in Jasmine. He wants to sit on the throne and eventually conquer the world. He only forces her to marry him as a means of exerting his total control over everyone around him. He's still terrible, but the motivations behind his actions are a little more fleshed out, making him a much more believable villain. 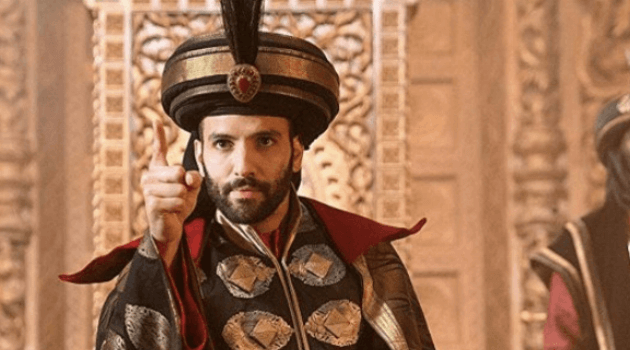 Our favorite changes in the new live-action Aladdin definitely occurred within the character of Princess Jasmine. Although the cartoon Jasmine has a stubborn streak, the film never delves into her personal interests or motivations. She doesn't want to marry a prince because she doesn't like any of them, and that's really all there is to it.

In the live-action film, we learn more about who Jasmine really is. From the very first scene, we're told of Jasmine's genuine love for her people. She's out in the market to learn about the residents of Agrabah, not only to escape the confines of the palace. Throughout the film, her love of knowledge is emphasized. She doesn't want to marry because she doesn't understand why an outsider should make decisions for her people, who they know nothing about. She wants to rule, not because she's hungry for power, but because she truly believes she can make a difference. Though she is often told that she should be "seen and not heard," she continually uses her voice and agency to change things for herself. Heck, she even has a whole song about it.

To sum it all up, the Jasmine in the live-action remake is an actual person. Her character development expands and her voice is actually used for meaningful change. Aladdin might save the day, but the choice about where to go from there is left to Jasmine. Her power is shown, utilized, and viewed as important, a deeply refreshing twist for Jasmine fans everywhere. 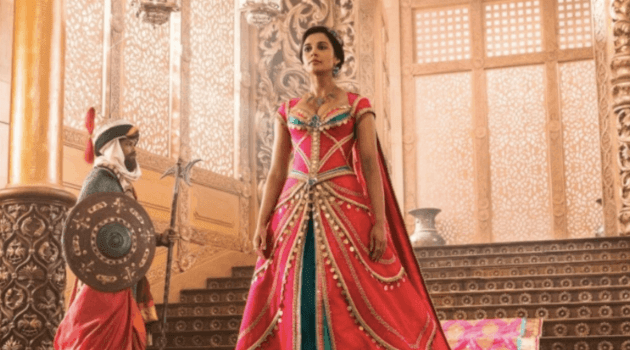 Still a fan of the original Aladdin? Click HERE for 14 quotes from the classic animated film to use as Insta captions.