Nicky, Ricky, Dicky and Dawn fans, the moment you've all been waiting for has finally arrived.

This Saturday, Aug. 5, the Wizard of Oz-themed season three finale episode will air on Nickelodeon.

We chatted with the show's star Lizzy Greene to get the inside scoop on what you can expect from the fanciful new episode, her favorite scene to film and more. Keep scrolling to see what she had to share.

Lizzy Greene: It's my favorite episode of all time. I'm incredibly excited for everyone to see it because it involves music and singing and dance numbers. You're going to see a lot of Nick nostalgia in it. There are going to be a lot of Nick stars making surprise appearances. It was really cool to have everyone on set and just see this big wonderful production come to life.

SH: How did you feel when it was revealed you'd be singing in the episode?

LG:  There was a rumor going around that I was maybe going to sing, so I was asking everyone to find out if it was true. It ended up being true and I went up to the studio and recorded the song. The first time I recorded it, I had the lyrics in front of me and it was really amazing to see my name on the sheet. It's all I've ever dreamed of. 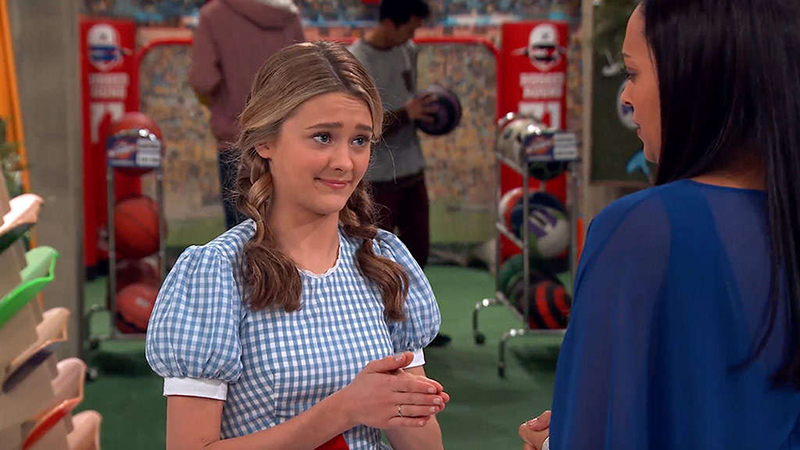 SH: Did you have a favorite scene of this episode to film?

LG: It's a tie between the solo scene and this huge intricate dance number with my character and Jade [Pettyjohn's] character that determines who's going to be Dorothy. We probably rehearsed that scene 50 times beforehand. After shooting it, we probably went through that scene at least 60 times. We rehearsed it without the costumes first. When we finally ran through it with the costumes and everything, it just made it feel so much more real. The costumes added so much more sass to what Jade and I were doing. It was incredible.

SH: What was it like taking on the iconic role of Dorothy?

LG: I loved the Wizard of Oz so much growing up. It was one of my favorite movies. Filming this episode, I learned that in the book, Dorothy didn't have red slippers. She actually had silver shoes. In our episode, we decided to bring it back to the original and give my Dorothy silver slippers. It was so surreal to finally get to play her. I still can't believe it happened. 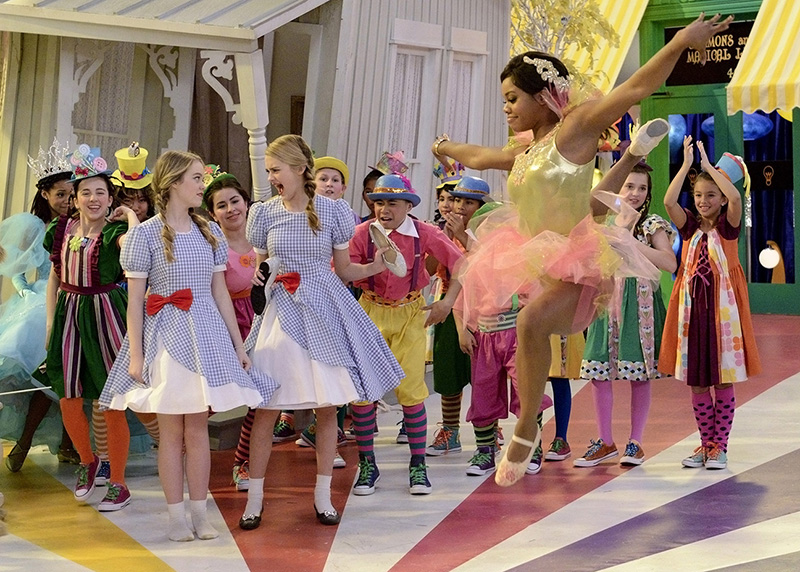 SH: If you weren't playing Dorothy, is there another character you would've loved to take on?

SH: Do you have any funny behind-the-scenes moments from filming the episode you could share?

LG: During the filming, my silver slippers had little butterflies on the toes. We went through probably 20 of those butterflies, because between all the dance numbers and clicking my heels together, they kept popping off. They just wouldn't stay on no matter how hard we tried. 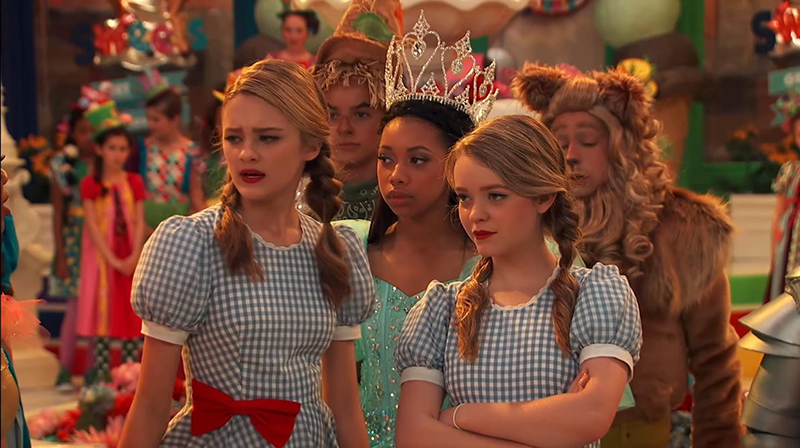 Want to get to know Lizzy better than ever? HERE are some fun facts about the actress.