Everything You Need to Know About Lobe Piercings

When you think of an ear piercing, there's a good chance that—while you may not know it by name—the image that comes to mind is that of a lobe piercing.

Essentially, the lobe is the bottom portion of your ear made of soft tissue, in contrast to the other areas of the ear that are mainly made of cartilage. So, a lobe piercing is simply when that soft tissue is pierced to make a hole so that an earring can be worn. Whether you already have a lobe piercing and are considering adding more or are new to the world of piercings entirely, we've got everything you need to know about lobe piercings covered for you in this handy little guide. Now that we've already covered what a lobe piercing is, let's jump forward with:

1. How Common Are Lobe Piercings?

Lobe piercings are the most common form of piercing, both when it comes to the ears and the body in general. In fact, many individuals (mostly those assigned female at birth) have their lobes pierced while they are still in the hospital as babies. There are some advantages to this, like the clinical setting (cleanliness equals less chance for infection) and the fact that the infant is too young to remember the pain of the piercing process later on. However, some people have their lobes pierced later in life, so it really depends on the individual and the decisions of their parents early in life. 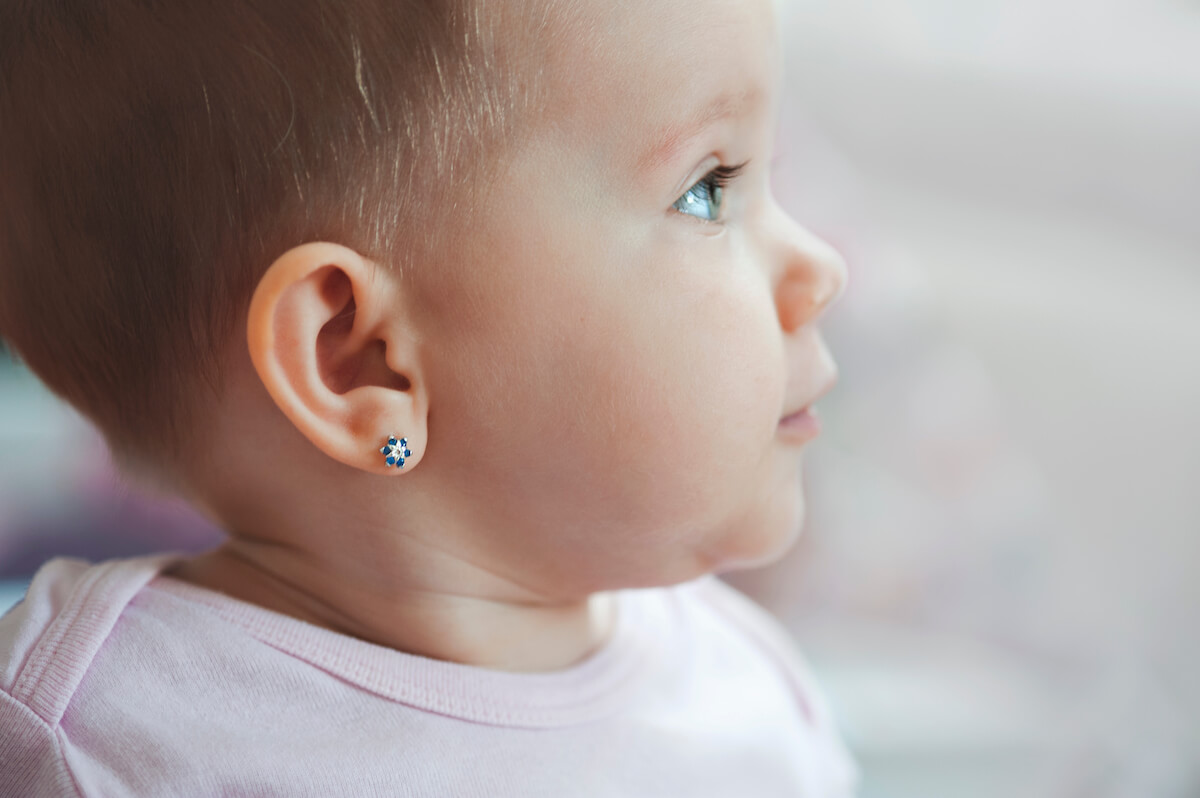 Also read about: These Celebs Have THE Cutest Ear Piercings

2. What Tools Are Used for Lobe Piercings?

A lobe piercing can be created either by a needle or a handheld piercing gun, though each method has its unique advantages and disadvantages. If, like many of us, you have your ears pierced at your local Claire's or Piercing Pagoda, there's a good chance that the person who does it for you is using a piercing gun. While this tool is quick and fairly easy to use, it is not recognized by true piercing professionals as a recommended method for piercing any area of the ear or body. Because of the force of the piercing gun itself, the ear tissue is essentially traumatized. This can lead to more pain and longer healing, which is in contrast to a piercing needle that a genuine piercing professional (at a piercing shop or tattoo parlor) would likely use. However, you're likely going to have to pay more for the needle method and have to go further out of your way to get the lobe piercing you want, so there are some pros and cons to each. 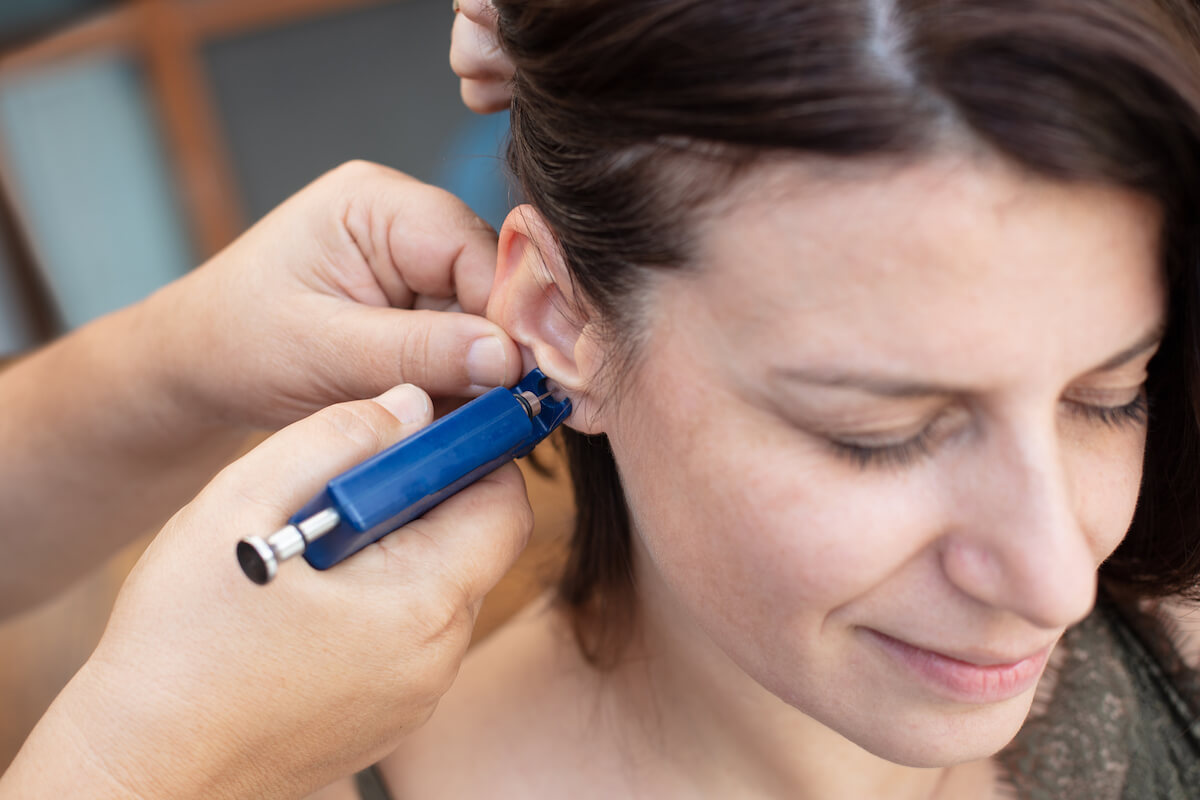 Also read about: Everything You Need to Know About Helix Piercings

Now to the real question that's probably on your mind: how much does it hurt to get a lobe piercing? Everything you need to know about the pain of any ear piercing lies in the fact that it depends on the person. The pain you feel will depend on your personal pain tolerance level, as well as the type of piercing method (the needle vs. gun debate as mentioned before). However, most people will tell you that the pain is so quick that it's over in a flash, and it feels like more of a pinch than anything else.

Plus, because lobe piercings are on, well, the lobe of the ear, it tends to hurt less than piercings on the ear cartilage or most anywhere else on the body. This is due to the lack of nerve endings on the soft tissue of the lobe, which is why it's a body part you rarely think about unless thinking about your earrings.

Also Read About: A Definitive Ranking of Ear Piercings, From Least to Most Painful

To properly heal a fresh lobe piercing, you should try your best to perform proper aftercare practices until the piercing is completely healed. Your piercer will be able to tell you more details, but it will likely be recommended that you not remove the earring that is initially placed in your piercing for several weeks (it will need to be one made of a body-safe metal so that the skin does not reject the piercing), that you twist the earring regularly throughout the day at first to keep the piercing from trying to close up around the earring, that you use some form of salt spray for efficient cleaning and that you avoid general irritation to the earring (sleeping directly on it or otherwise tugging at the piercing are common culprits of irritation). Altogether, a lobe piercing should heal in about 6 to 10 weeks, if not less. 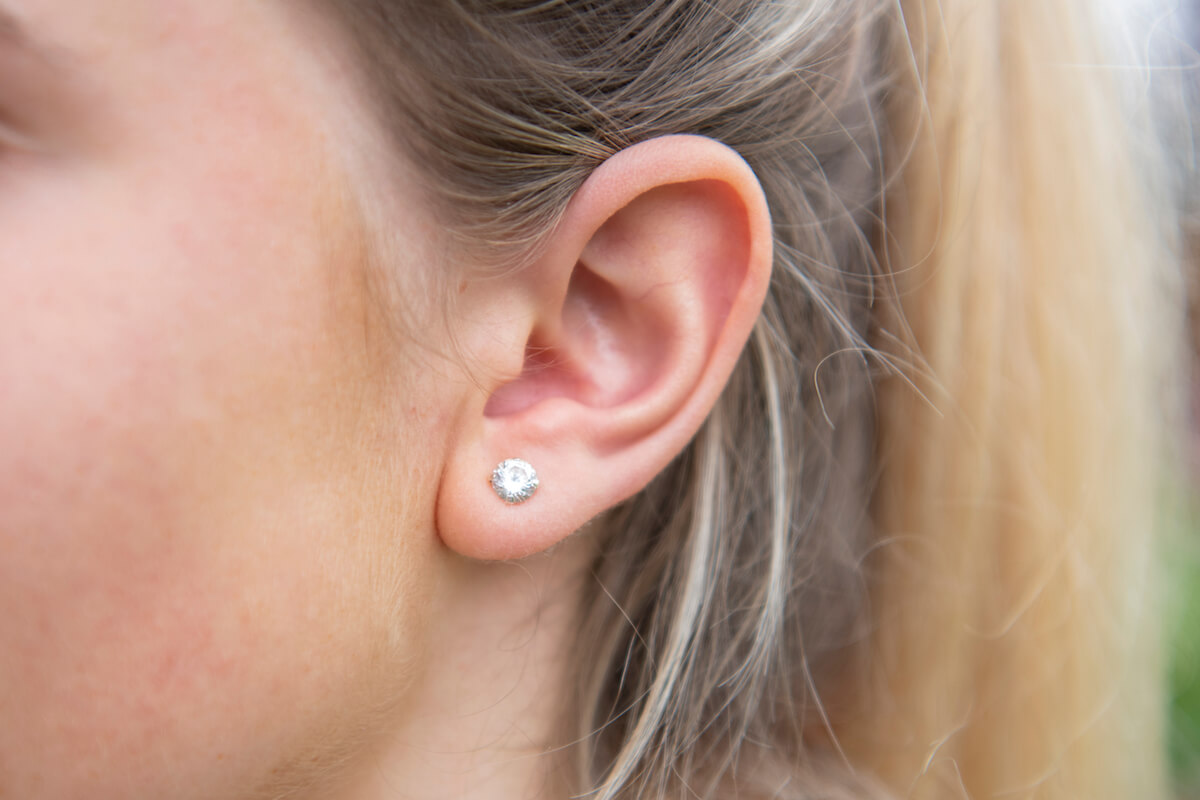 So, should you get a lobe piercing? That answer is completely up to you. While having one lobe piercing per ear is considered quite common, you can also choose to add more to the lobe or have other areas of your ear (made of cartilage) pierced—it's all about your personal preferences and comfort levels.