Need Some Writing Inspiration? This Stylish Keyboard Also Feels Like a Typewriter

I've been obsessed with ultra-clicky mechanical keyboards since I got the Lofree Dot last February, so when Lofree offered to send me their next-gen Four Seasons keyboard, I was eager to accept and give it a whirl.

Mechanical keyboards are a little different than those you might be used to because there are physical switches below each key. These keys are usually more raised, and when they're pressed down, the user can feel each button press. Lots of mechanical keyboards also make small clacking sounds as the keys are pushed, giving them the tactile characteristics of classic typewriters. As someone who loves to write, I find the process immensely satisfying. 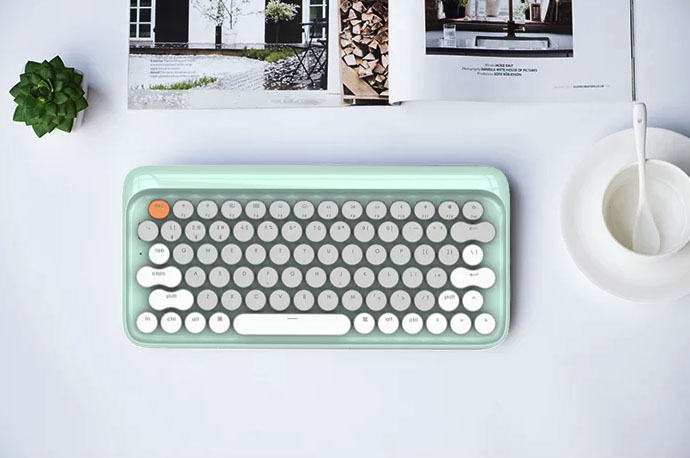 When I first removed the Four Seasons keyboard from its box, the clearest difference from its predecessor was the color scheme. While both keyboards had essentially the same body (I'm a sucker for the blue-green color!), the updated keys gave the Four Seasons a really fresh look. The update from pure black to tones of grey—and that cute orange accent for the escape key—makes this new keyboard extra chic. 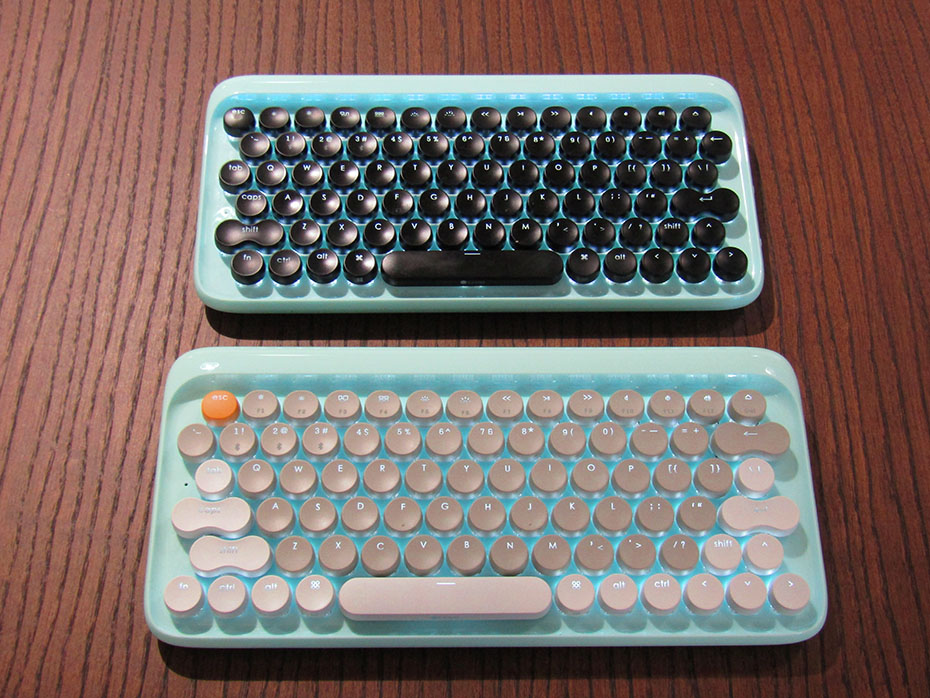 The Four Seasons keyboard appropriately comes in four different color schemes inspired by the different times of the year. There's Vernal White for spring, Aestival Blue for summer, Autumnal Grey for Autumn and Hibernal Black for winter. I happen to think the blue is the cutest of the bunch.

When it was time to put the new keyboard into action, I synced it to my computer (the Bluetooth setup process is super easy) and started typing. Immediately, one major difference between this keyboard and the Dot became apparent. The backspace key doubled in size, resulting in the entire number row to be shifted one key to the left.

I can definitely see why this is optimal—having a bigger backspace key is super handy and the 1 key should be to the top-left of the Q—but after getting used to the Dot's configuration, it'll be a while before I adjust again to this new one. It took me few weeks to fully become comfortable using a mechanical keyboard last time, so I imagine it's just a matter of time before this keyboard feels like second nature as well.

Other than the slight shifting of the keys I'm used to, the keyboard feels great. It takes very little effort to depress the keys, and I get the same wonderful typewriter sensation whenever I write on the computer. The keyboard is also angled slightly upward at the back, making enthusiastic typing easy on the hands and wrists.

The keyboard also has LED backlighting, making it a breeze to type in the dark. Plus, the lighting makes the keyboard even prettier. I've also been using the keyboard about a week and haven't had to charge it since I took it out of the box.

As much as I love the keyboard for typing, I have to admit that it isn't optimized for gaming. The rounded keys feel great under my fingers and are excellent for general writing, but they aren't aligned in a way that will be intuitive for most gamers. The arrow keys are also strangely arranged, with the up key sitting above and between the down and right keys on the keyboard.

If you require a silent keyboard, this also isn't the one for you. Personally, I've asked around the office to find out whether the clicking of my keyboard annoys people, and so far they've insisted it doesn't. I happen to love the productive sound of typing, so it's just right for my work habits. 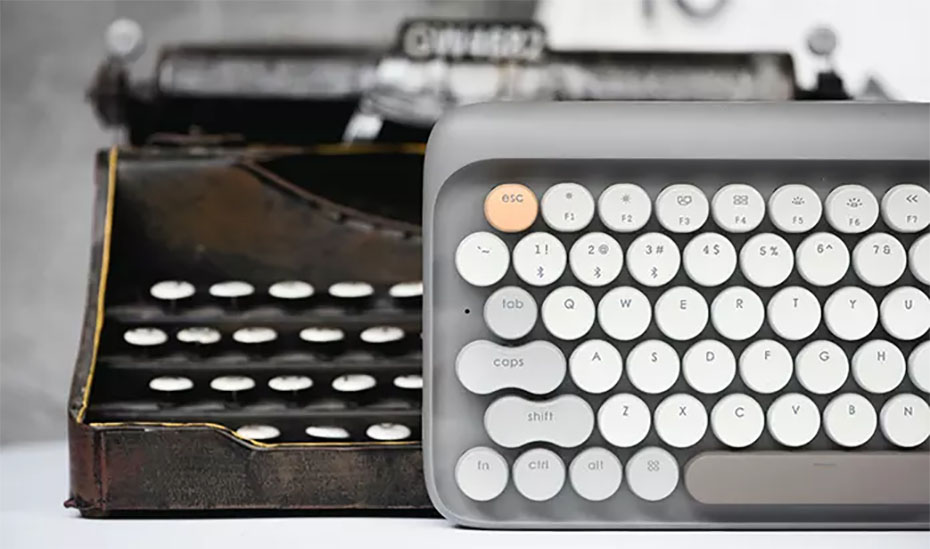 These keyboards are currently available for pre-order on Indiegogo for $74 each and are estimated to deliver in April of this year. That may be a little expensive if you don't actually need an additional keyboard, but if you need a little inspiration to type your next essay or fanfic, I happen to think it's worth it.

Lofree makes speakers, too. Click HERE to find out what we thought of their retro Poison speaker.