Logitech G's Aurora Collection Is All About Sleek, Functional Gaming Gear With a Feminine Touch

For most of PC gaming history, gaming accessories including headsets, mouses and keyboards, have been geared toward dudes.

They've mostly come in stark blacks and stainless steel with loud color accents—but the lack of inclusivity hasn't stopped there. They've also been designed for men ergonomically, so if you're a smaller lady (like me), headsets can be too bulky and heavy to wear comfortably, and a mouse might not fit quite so conveniently in your palm.

That's precisely what Logitech G's new Aurora Collection was designed to combat. Using direct feedback from women in the gaming community, they set out to make gender-inclusive gamer gear that can be loved by all—and the brand was kind enough to send me everything from the new collection to review.

Logitech G's Aurora Collection was made with gender inclusivity in mind. With its unique, playful and personalizable color options, its pieces were created based on feedback from women in gaming, while allowing for anyone to use and fall in love with its pieces.

The Aurora Collection includes a new gaming headset, a mouse and wired and wireless gaming keyboard options, created around the idea that one size doesn't fit all when it comes to gaming. With a mouse designed for smaller hands and the headset made to accommodate things like long hair and glasses, they kept the comfort of their full user base in mind while designing the collection, while still utilizing their gaming-grade, including Logitech G's LIGHTSPEED high-performance wireless technology and Blue VO!CE microphone technology.

And while the products come in a default White Mist color, they're also fully customizable with different accessories available in a warm, almost orangey pink shade called Pink Dawn and a soft neon called Green Flash. They also utilize soft RBG lighting in blues and pinks, which can be customized further in Logitech's G HUB to create "Play Moods" for whatever you're feeling at the moment. 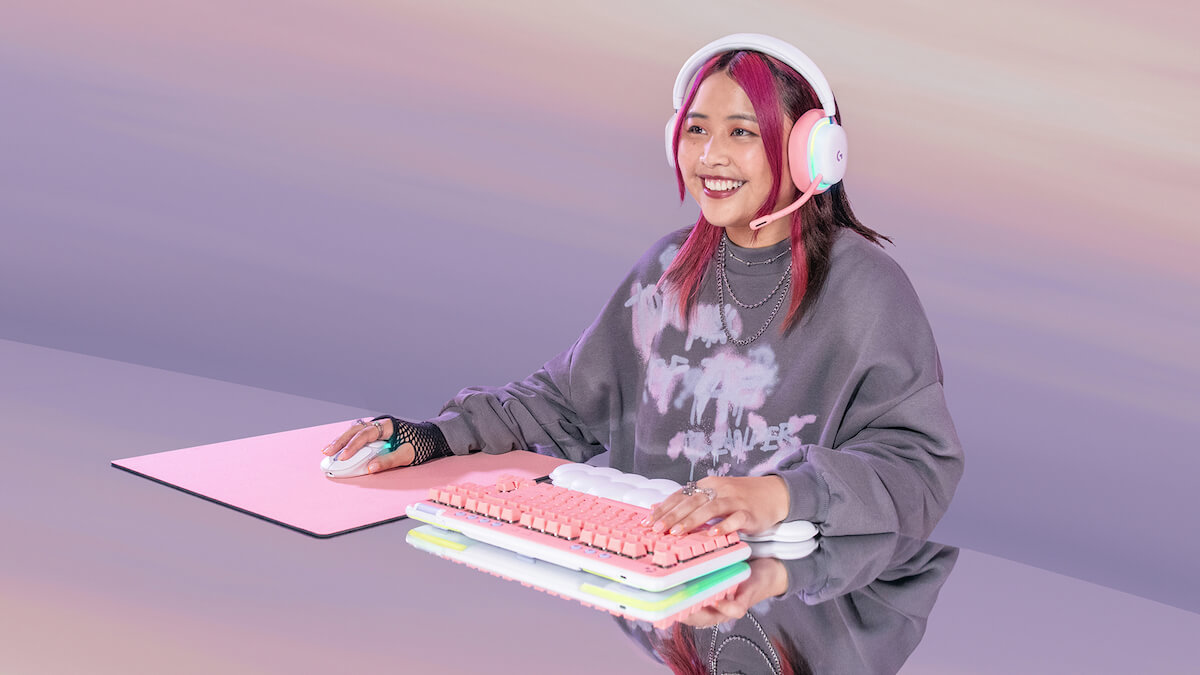 Also read about: The Paperlike iPad Screen Protector Is a Must-Have for Artists—and Anyone With a Smudged Screen

While I don't do a ton of the type of gaming that requires a headset, I've become slightly obsessed with the G735 Wireless Gaming Headset. They were super easy to sync to my computer via Bluetooth, and the sound that comes through is phenomenal.

They're also comfier than any other gaming headset (or really, big pair of headphones) that I've worn, and that might be because they were practically made for me. They were specifically designed to accommodate smaller heads, long hair and glasses—all things I have—so it feels like it fits just right. It's also lighter than gaming headsets I've tried in the past, making it much more comfortable to wear for longer. Those squishy ear pads really get the job done!

While I usually turn off the RGB lighting to conserve battery, the pink-to-blue color scheme is so pretty and soothing. I also haven't gotten a lot of use from the mic, but my voice comes in through it nice and clear. It even uses Blue VO!CE tech, allowing players to save settings to modulate their voice, which isn't a feature I need, but I can see how it would come in handy for some. 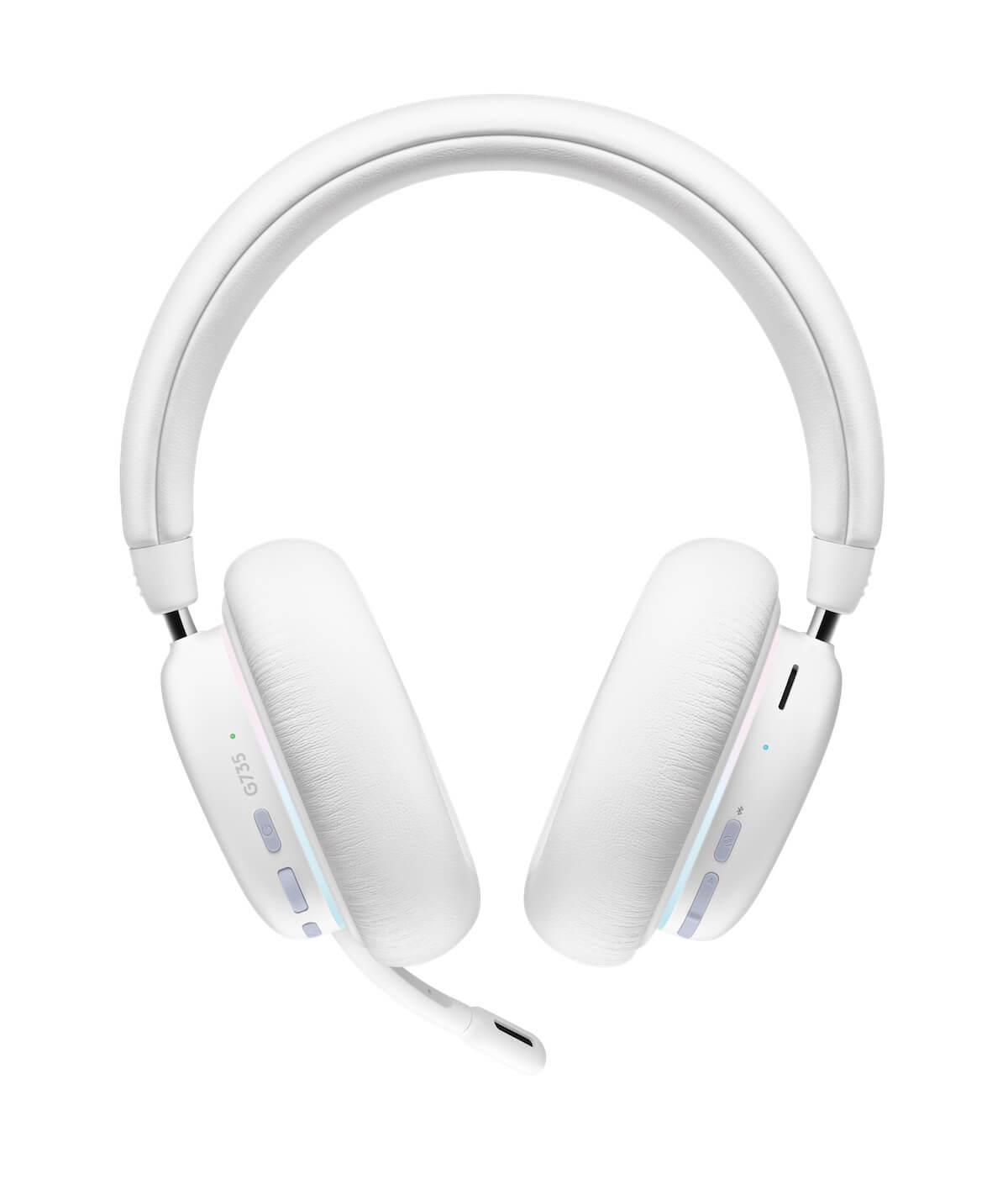 And, in case the White Mist color is a little stark for your liking, you can also change up the look by swapping out different ear pads and a boom. While the Green Flash color is definitely eye-catching, I think they look way cuter in Pink Dawn. 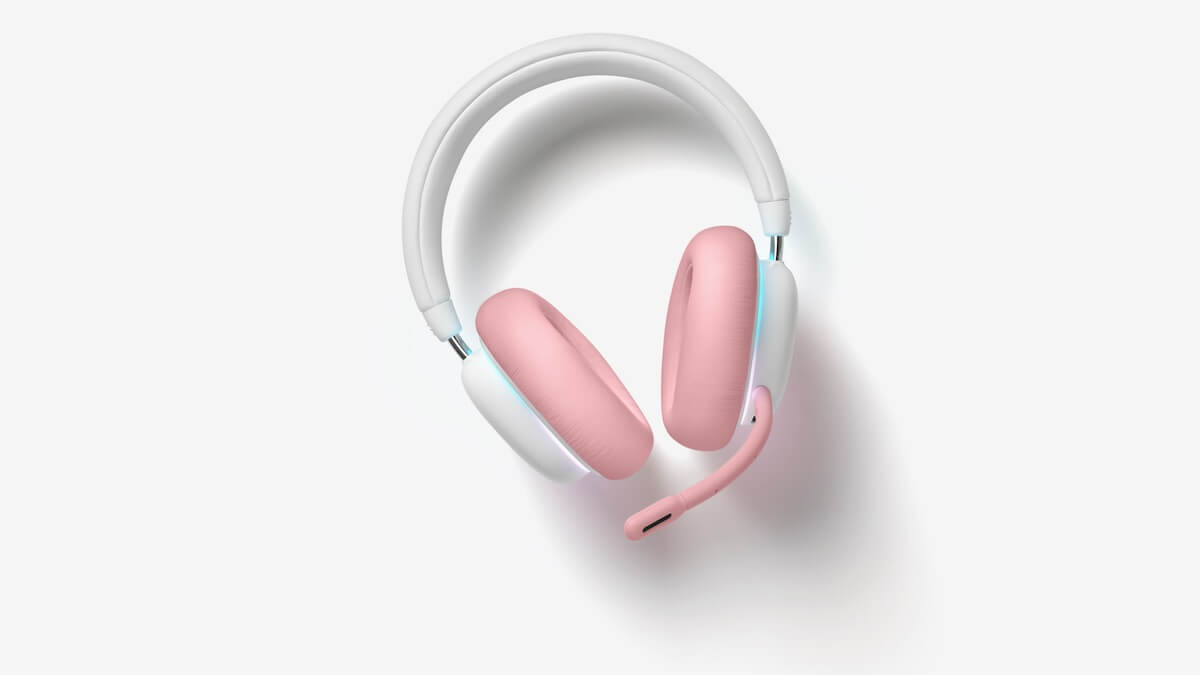 For those who are often taking their gaming gear with them on the go, there's this Aurora Collection carrying case, designed to hold the headset, mouse and cables. The case is shaped like a heart, with a sleek silhouette that makes it so much easier to transport your accessories wherever you need to go. 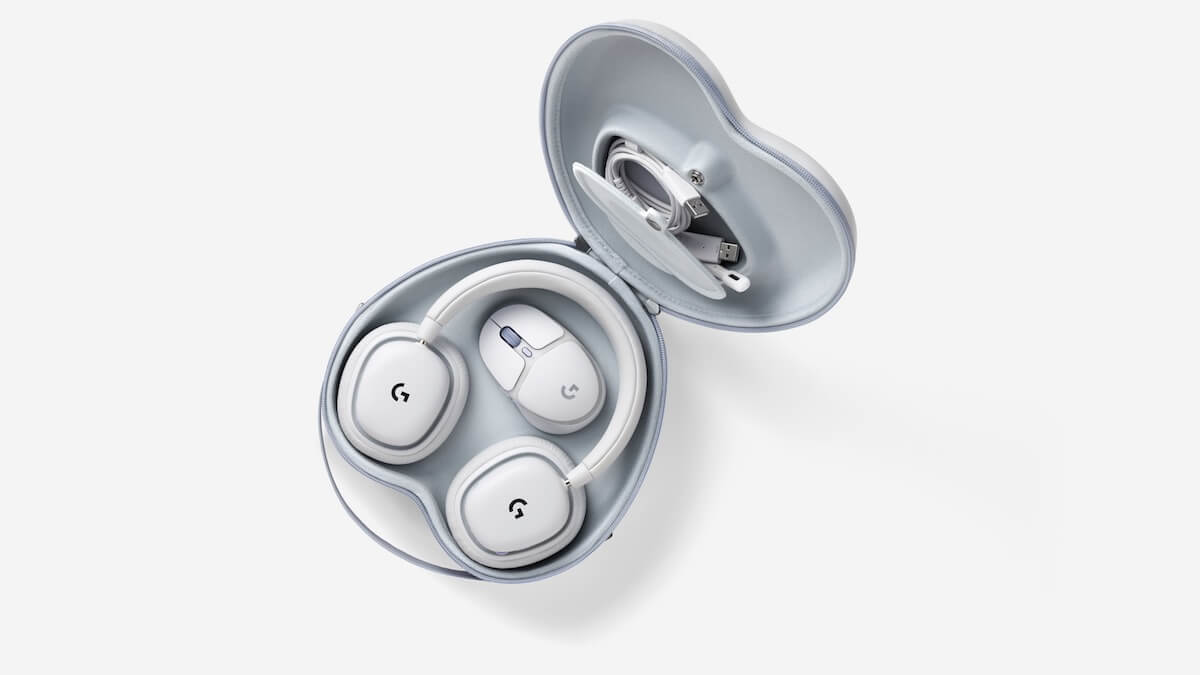 Also read about: High-Tech Gifts the Technology-Lover in Your Life Will Love

And while we're on the subject of the mouse, this one really is special. The most obvious feature is the more ergonomic shape, with a unique contoured curve designed specifically for smaller hands. 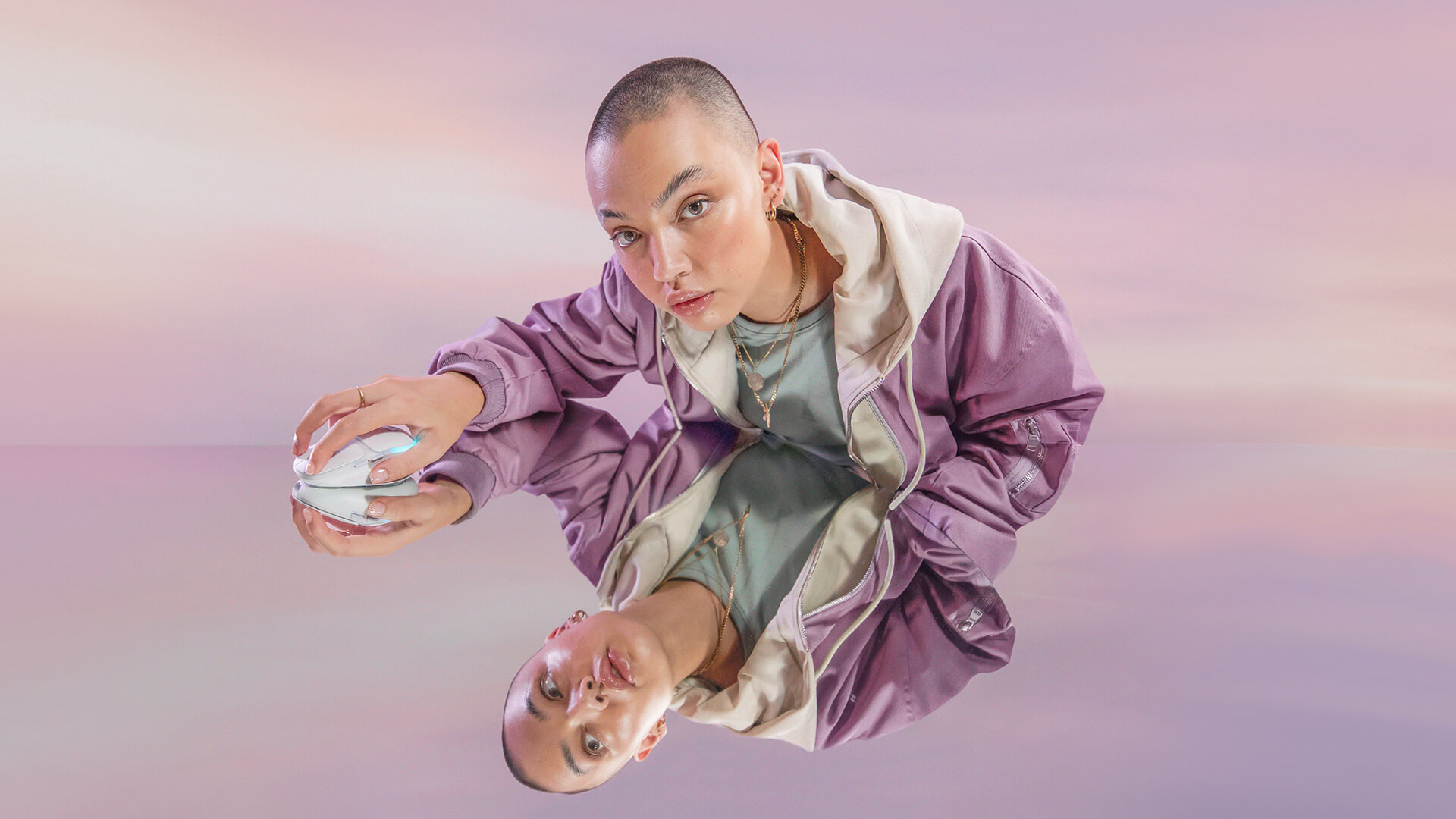 The mouse feels amazing and is super lightweight and responsive while also featuring stunning RGB lighting like the rest of the collection. Of course, my favorite feature of any Logitech G mouse has to be the customization through the G HUB. The mouse has one button below the scroll wheel and two buttons on the left side that can be customized to perform different actions with just one click, and while I'm sure this can be used to optimize your gaming, I mostly use it to have an "enter" key directly on my mouse and a button for plain-text pasting to streamline my writing and workflow. 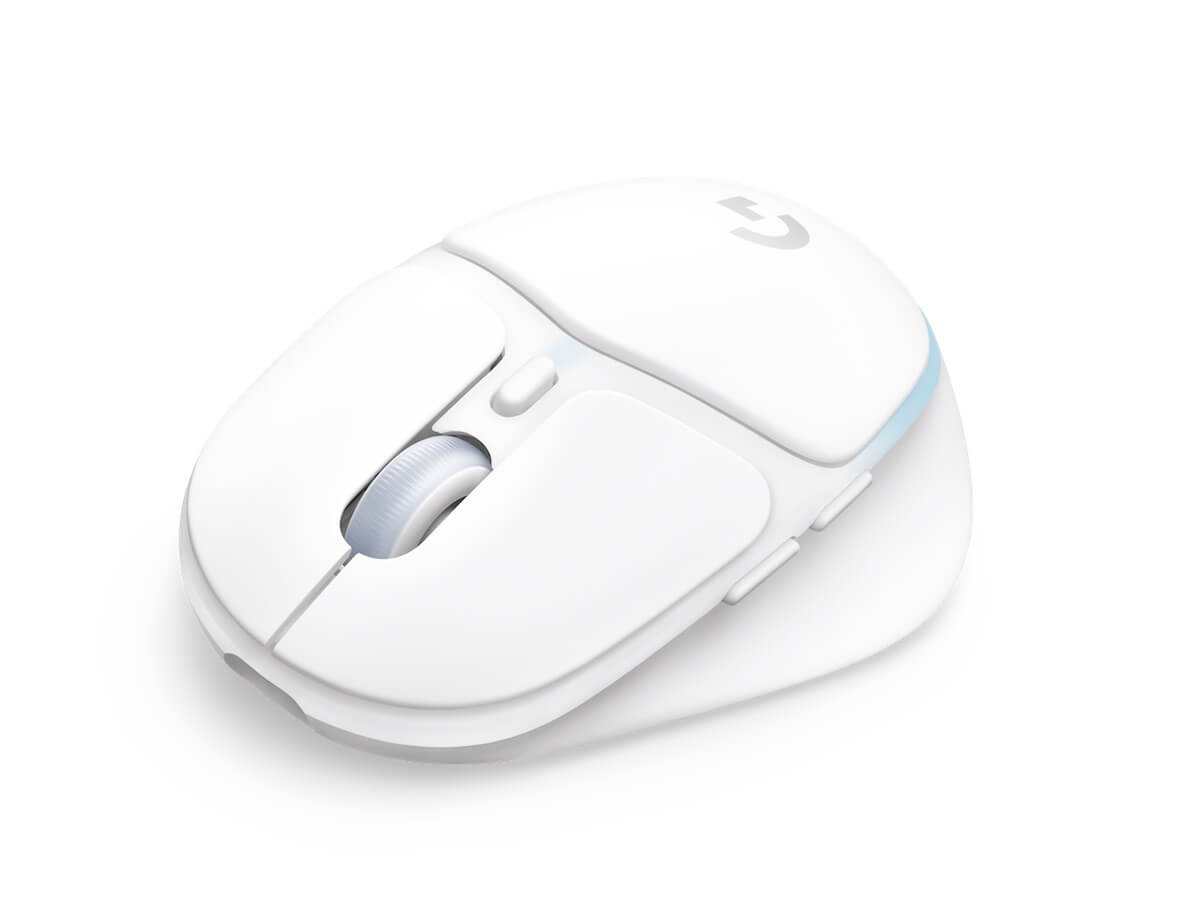 The Aurora Collection also includes mouse pads in Pink Dawn, Green Flash and White Mist, and at 15.75 inches by 18.11 inches, it is huge. When I pulled mine out of the box, I didn't know exactly what I was doing to do with it, but now that it's a part of my desk setup, I don't know what I'd do without it. 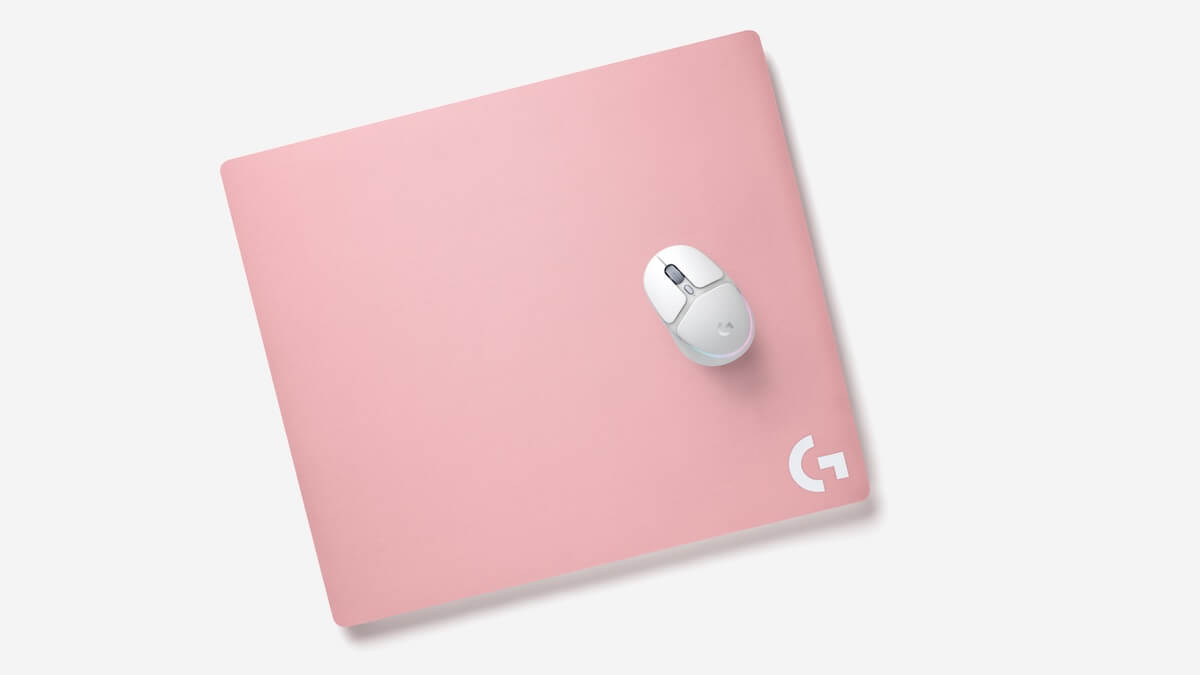 Also read about: I Tried the World's Thinnest Optical-Mechanical Keyboard, and Here Are My Honest Thoughts

Now, the gaming keyboards from the Aurora Collections are the real stars of the show, and I was sent their wired keyboard. 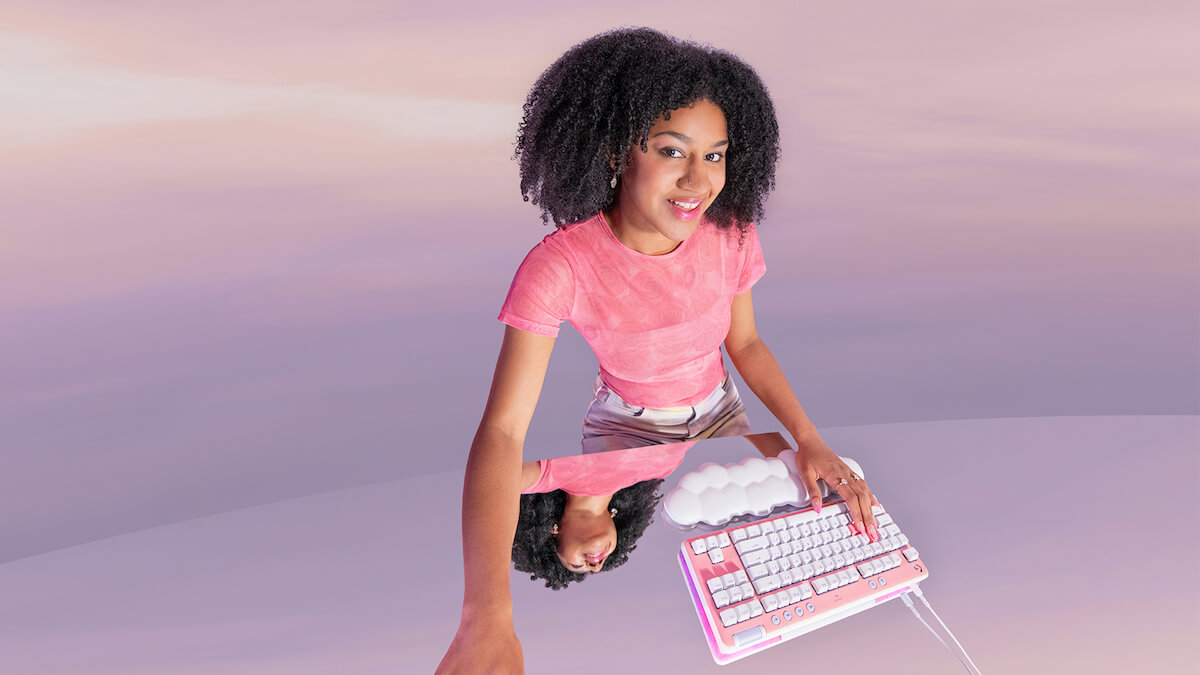 Out of the box, the keyboard comes in White Mist, with soft, rounded edges and purple and grey accents that remind me of a Super Nintendo—which I love. The keys remind me of retro keyboards, but still have the mechanical, clicky quality that makes me feel extra productive when I'm typing. The layout also feels super comfy, with a scrolling wheel for controlling computer volume and a stand for adjustable height. It's also really responsive, which is essential whether you're typing at lightning speed or trying to pull a tough move in your favorite game, and the blue lighting, with pink to call attention to the WASD keys, is an awesome touch.

The keyboard also came with the collection's Cloud-Soft palm rest (available for $19.99 individually), which is a total game-changer. I'd never even considered using a palm rest for my keyboard, but after using this one, it's become an essential part of my setup, while also having the most adorable look. While keyboards may come and go, I don't see myself pausing use of this palm rest ever. 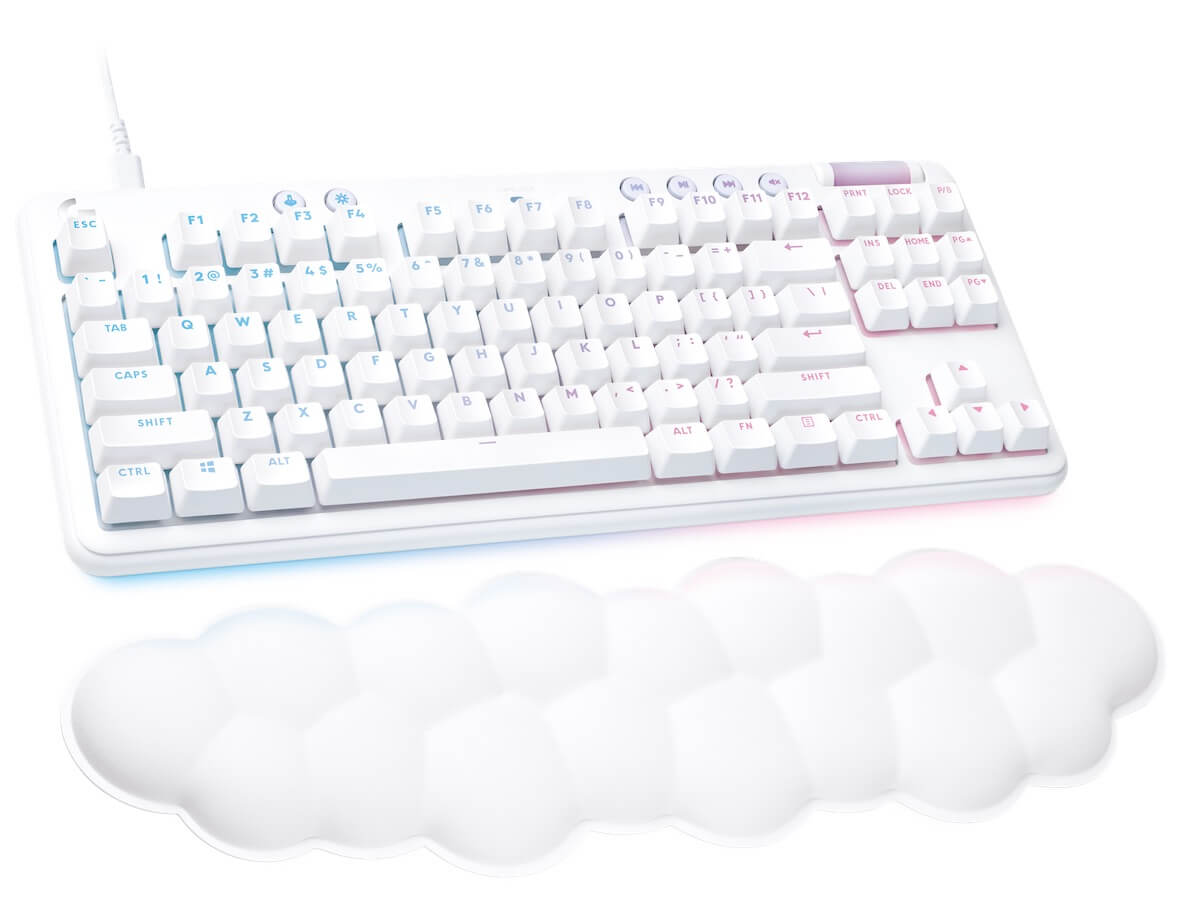 If you'd rather have something more colorful than the White Mist plate on your keyboard, the brand also offers top plates in Pink Dawn and Green Flash—though they're already sold out (as of this writing!). 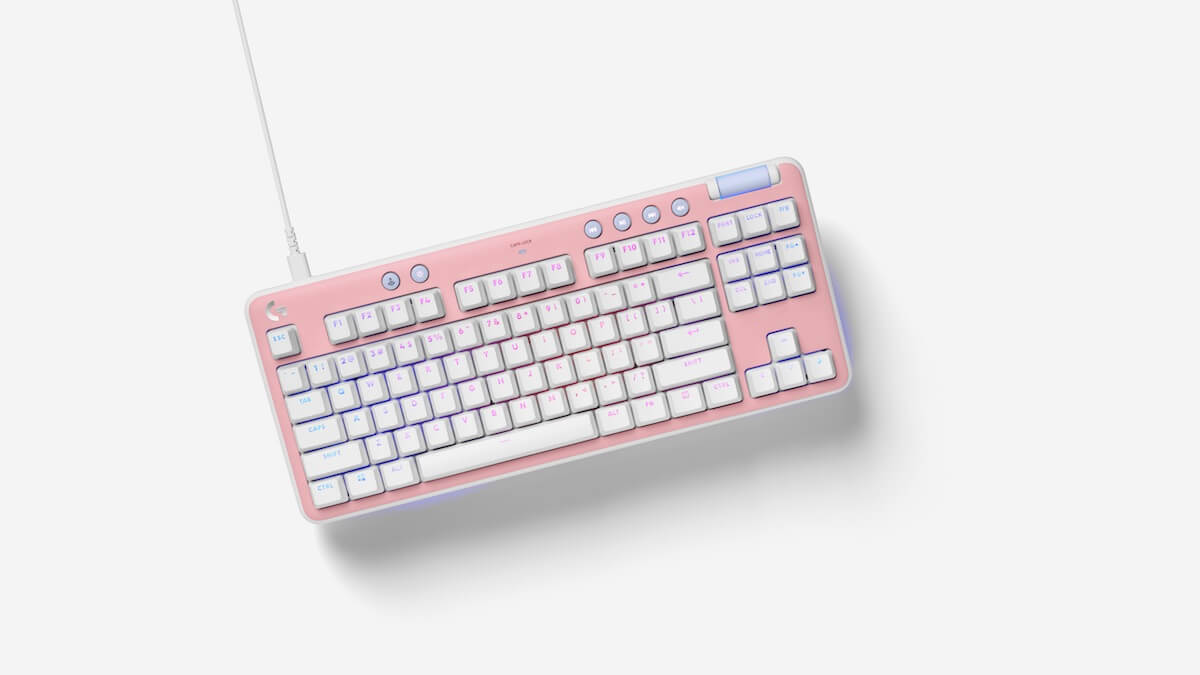 Further customization is available with the help of these key caps for the Aurora Collection keyboards, also available in Pink Dawn and Green Flash. Each set includes a key puller to make the process seamless, as well as caps to replace every single key on your keyboard. I've used some pink key caps to highlight some of my most commonly used keyboard shortcuts, making it even easier to recall them at a glance. 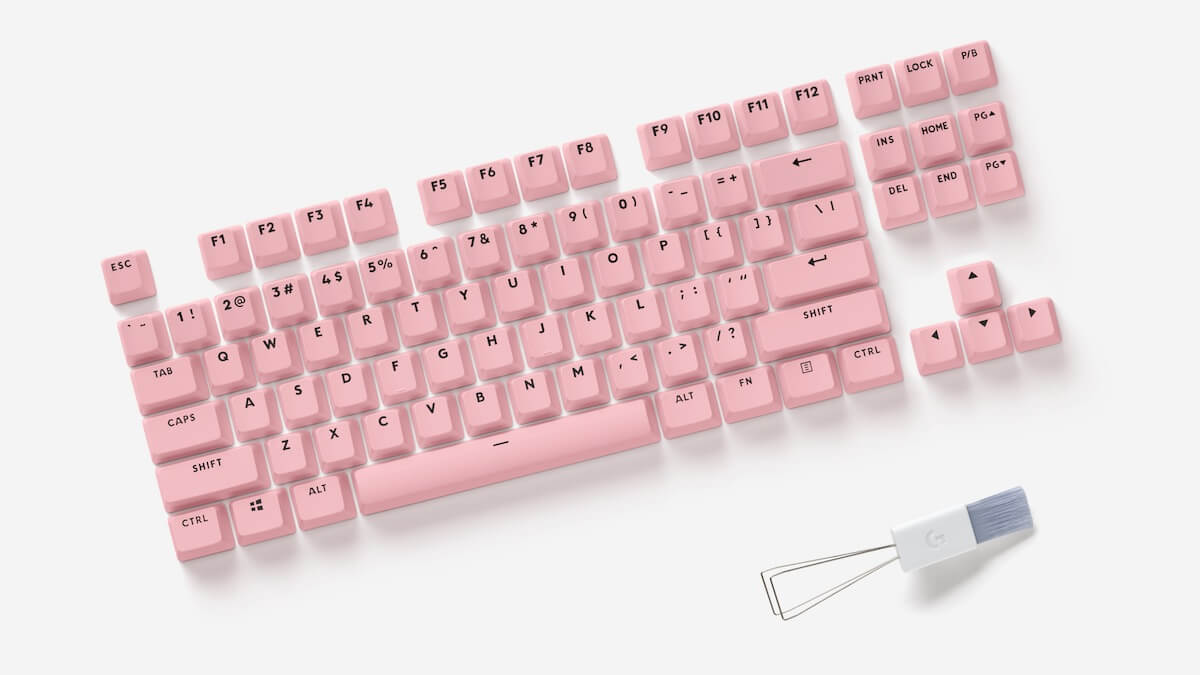 Logitech G's Aurora Collection might be on the pricier side if you're not used to high-end gaming accessories, but if you're looking for pieces that look amazing and will last, they're worth the investment. If you love the aesthetic, they're bound to make your gaming experiences even more enjoyable, and if you're a lady with a smaller head and hands, this stuff was practically made for you.

Curious about the brand's past offerings? Click HERE to read our review of their Color Collection.