My little brother is only two years my junior, which meant we were pretty close as kids.

We were almost always at the same school, so we almost always carpooled together. When we were both in middle school, this meant that I had to tag along with my younger brother and his sixth grade friends if I wanted to get to school without walking for miles.

This carpool system was only one of the many situations in which I was forced to hang with my brother's friends.

From my mandatory presence at their basketball tournaments to the seemingly endless hours they spent raiding our kitchen after school, these boys were always around. Always.

But if I'm being completely honest, one of them wasn't all that twerpy. Let's call him Ryan*.

Ryan was taller and more mature than the other sixth graders, so it wasn't all that obvious that he was younger than me and my friends. That said, there was still a significant age barrier between us.

Age gap or not, it was clear that Ryan took a special interest in me. Just to set the record straight… I liked the guy but I did not like the guy.

It all culminated with one very awkward letter and many very mixed emotions. Continue reading for what happened next.

Ryan and I had a friendly relationship. We were able to joke about shared interests and, on more than one occasion, delved into serious topics, which wasn't something I could do with many other people at that time. 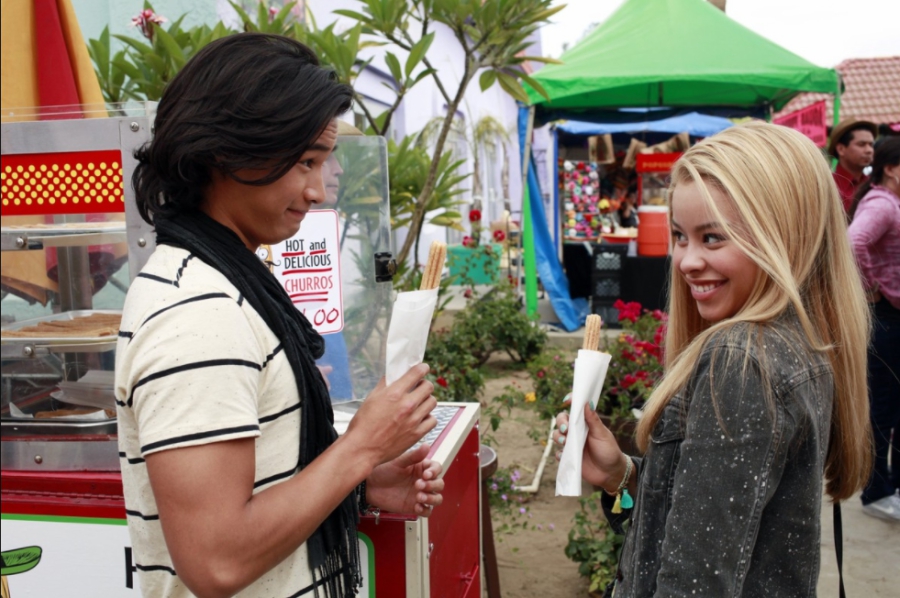 Because my younger brother and I were so close as kids, it was especially devastating that the past couple of years turned cold. We didn't hang out together anymore, and it was the rare afternoon we could spend without getting into a major fight. Mostly, we just ignored each other.

Maybe the reason I was drawn to Ryan was because I could see some of my brother in him. In a small, tiny, kinda weird way, hanging with Ryan was almost like getting a piece of my sibling back. A piece that didn't come paired with arguments and harsh words. But whatever the reason for our friendship, my brother was not having it.

He wasn't quiet about his annoyance with our semi-friendship. But look, it's not like we were suddenly BFFs, we were just friendly during our rides to school and chats at the house. I truly felt like my brother was overreacting, until…

One day I walked into my bedroom to find a paper note on the floor, as though it had been pushed through the crack under my door.

Confused, I unfolded the paper to find a love note scribbled in particularly bad handwriting. It was signed, "Ryan."

The note explained that he liked me and wanted to be my boyfriend. Awww cute lil sixth grader. But after catching myself in a giggle over the childish handwriting and wording of the love note, I realized that this was kind of serious. 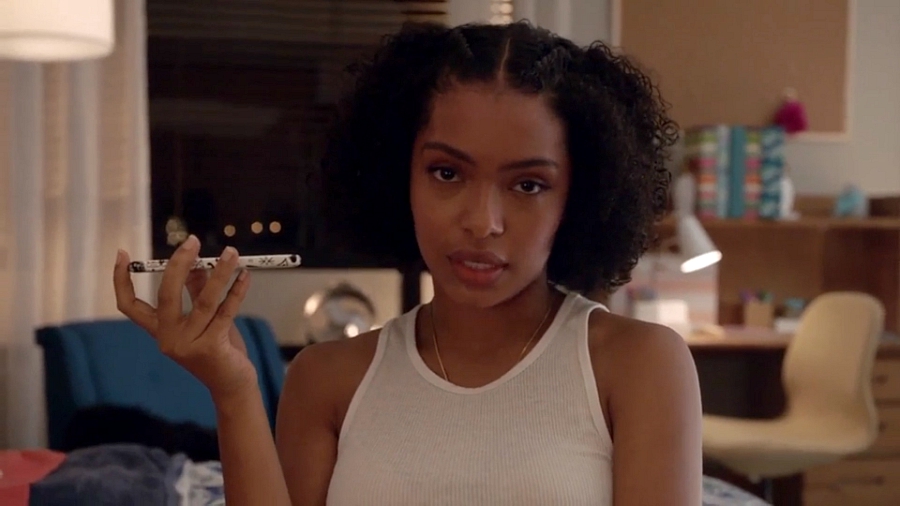 I had no idea what to do next. Do I ignore it and pretend like I never discovered the note? Do I confront Ryan privately? Do I confess my findings to my brother?

I agonized over each of these decisions, feeling like all of the above were flawed in their own ways. Confronting either of the boys could mean ruining their friendship. I really just wanted to ignore the whole thing, but I knew that also wasn't an option. Unlike a missed text, you can't just claim to have never seen a chunky piece of paper sitting on your floor.

After putting all of this thought into the situation, my next actions were totally rash. The truth came out the following day when my brother said something that really upset me. Using the note as ammunition, I blurted the story out like it was some kind of painful weapon.

"Ryan likes me. He left me a letter in my room telling me he wants to be my boyfriend."

Knowing that my brother disapproved of our friendship, I was certain that this news would cut deep. And it did… only, rather than feeling like I'd won the fight, I felt terrible for how I handled this delicate situation, for both my brother and Ryan. 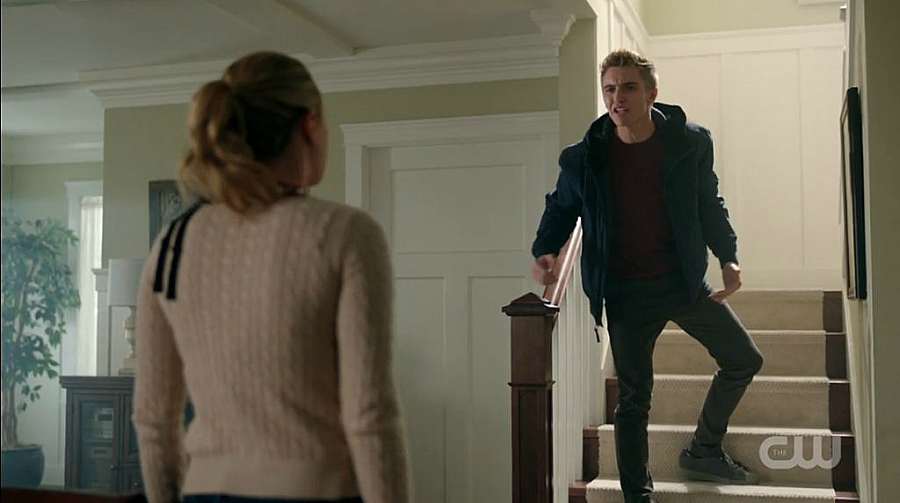 As expected, my brother didn't take the news well. What's worse is that rather than yelling at me, he gave me the cold shoulder for what seemed like forever. Even though arguments are difficult, it's always more painful to deal with someone's forced silence.

The silent treatment also made my next decision really hard. I would have loved my brother's support and advice as to how to handle Ryan's feelings. I didn't like him back and, even if I did, I would never date my brother's BFF.

I'm not that cruel.

So, I'm not proud to admit it, but I decided to go with my gut and ignore the letter. Car rides were tense for a week or so, but ultimately Ryan got the hint that I wasn't interested in dating. Unfortunately, my zipped-lip method also meant that our friendship disintegrated. I still thought he was a really nice guy but conversations were just too awkward with our shared knowledge of the note.

But funny enough, a couple years later Ryan became close with my BFF after a big family snowboarding trip to Mammoth Mountain. My brother and I were each allowed to invite a friend and we both chose our BFFs.

We reconnected during that trip, but Ryan and my bestie continued to chat on AIM every day after school. Weird the way the world works… 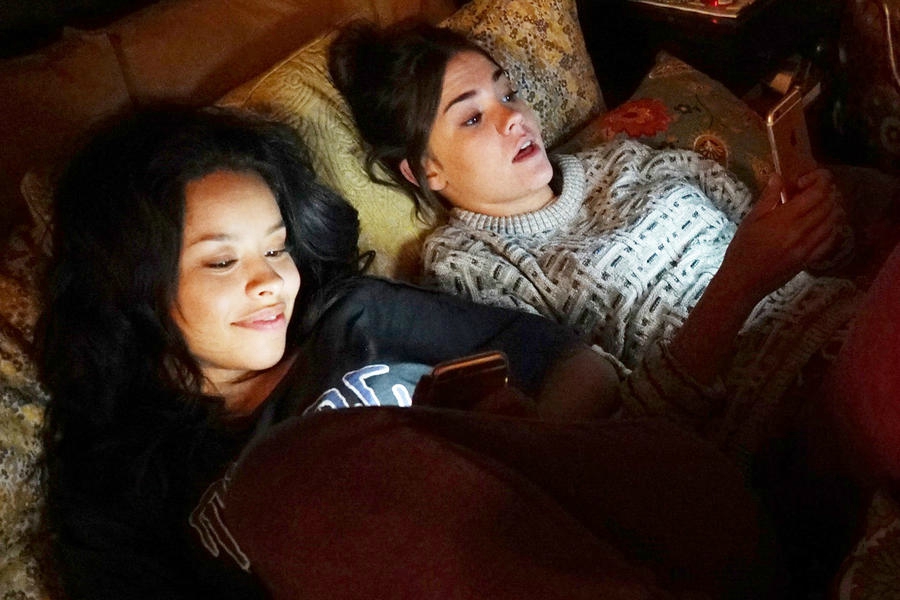 By the time we reconnected, that awkward love note was far in the past, left at middle school where all junior high drama should remain. With a little time, we were both able to grow up a bit and realize that an awkward moment shared years ago doesn't have to dictate the future of our friendship.

This love letter may have had some serious confessional flaws, but click HERE for seven sly ways of to get your crush's attention.