15-year-old Lulu Cerone is the founder of LemonAID Warriors, an organization that mobilizes youth to host parties for amazing charitable causes. Her work has also made her a 2014 HALO Award honoree! 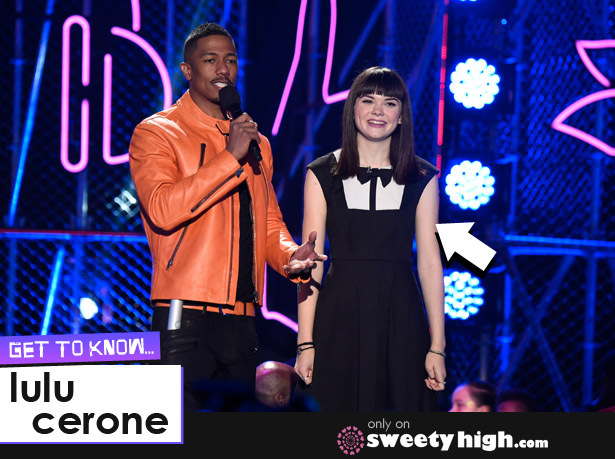 In a recent interview, Lulu told us about the events that inspired LemonAID Warriors, and how easy it can be to really make a difference!

Lulu Cerone was about 9 when a massive 7.0 earthquake hit Haiti, killing many and affecting the lives on millions.

Though Lulu lived thousands of miles away in Los Angeles, she was deeply touched by the catastrophic event.

"It was the first time I was ever exposed to such a global tragedy on that scale," she explained. "I was taken out of my own little bubble and saw what was going on in the world. I got this lump in my throat and i knew i wanted to help."

Lulu didn't have any experience running a charity, but she did know how to set up a lemonade stand.

"I'd always grown up doing lemonade stands at the foot of my driveway for local charities," she said. "It was my immediate response to do this simple, kid-driven fundraiser. But I decided to add a little twist to get my entire class involved."

In the past, Lulu's lemonade stands typically had a turnout of about 3 or 4 girls. Lulu knew she had to do something creative to make a bigger impact.

"I decided to make this a boys vs. girls 'Lemonade War,' because everybody loves competition," she said. "Especially because we were in 5th grade, a girls vs. boys competition was the coolest thing you could do."

"I was so surprised!" she said. "I thought we'd raise around $100 if we were lucky, but it was just such a success and  everyone had such a great time. I realized my small ideas actually could make an impact."

The experience inspired Lulu to create her own organization called LemonAID Warriors, which inspires kids to make social activism a fun and regular part of their lives.

"LemonAID Warriors has evolved over time into a mentorship platform," Lulu explained.

On her website, kids can view the work of other warriors and download action templates to host their own "Philanthro-Parties."

"It's a party with a purpose behind it," Lulu explained. "We encourage them to take a cause they're passionate about and look at their schedule and see what they're already planning on doing, whether it's a birthday or a sleepover or a sports event and add that little giving twist to make giving a part of the social activities they already would be doing."

The point is that these parties aren't isolated events.

"That's why it's super cool to get involved while you're younger," she said. "Giving back just becomes a part of your lives."

Lulu says that the cause she's the most passionate about is addressing the global water crisis and helping to build clean and sustainable water solutions in Africa.

"That's a cause I connected with around sixth grade, and that's what most of my personal Philanthro-Parties have gone to fund," she said.

"We've funded three wells and helped fund a dam in Kenya that will serve 3,000 Africans for life," she said. "That's the biggest cause that LemonAID Warriors' work has impacted because it's something that I'm really passionate about, but I also encourage kids to find things that they're passionate about."

Lulu said that being able to make a difference in the world with LemonAID Warriors has been an incredible experience.

"It's made me realize that it's so easy to make giving back a part of your life," she said. "When I was younger I'd look at the work people were doing and I felt very intimidated because people were raising millions of dollars out there and for these huge nonprofits. I felt my work wouldn't make a difference, but I've learned to realize your age really shouldn't confine you. You can make a different no matter how old or how young you are and it can be totally fun too."

To learn how you can become a LemonAID Warrior, check out Lulu's website here! Also be sure to catch Lulu and the other HALO Award Honorees on Nickelodeon on Sunday, November 30, and join our community at Sweety High!