A Definitive Ranking of Every Type of M&M

It's hard to think of a chocolate candy more iconic than the classic M&M.

Though the plain milk chocolate and peanut flavors will always be staples, M&M's have recently been introducing more exotic flavors and textures into the mix, each one somehow more delicious than the last. We were curious about which was the best of the best, so we grabbed every flavor we could find and conducted a taste test.

Keep reading to find out each one ranked.

Just because the classic Milk Chocolate M&M's rank last doesn't mean there's anything wrong with them. They're solidly chocolate-y, with a crispy shell that makes them different from every other chocolate candy out there. However, we think of these as the base model, with every other flavor building off of them in exciting new ways. If you love these, you're probably going to fall hard for some of the others, as well. 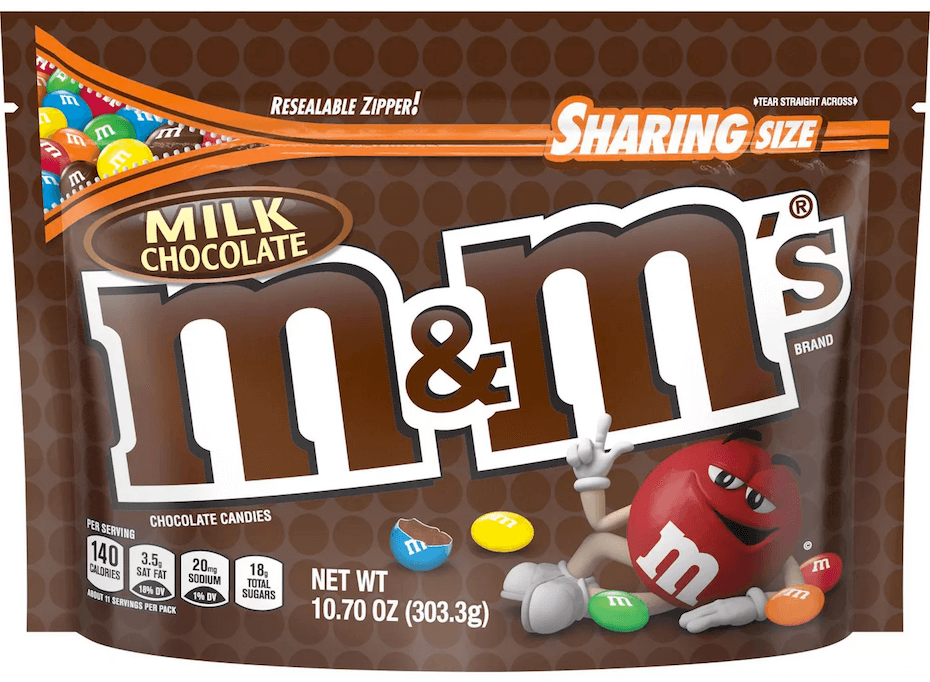 If you love bitter dark chocolate, these M&M's probably won't be exactly what you're looking for—but they're still worth a shot. The dark chocolate flavor is delicate, meaning it's slightly less sweet than the standard M&M's, but also won't leave a rough taste in your mouth, and they're somehow even more snackable. 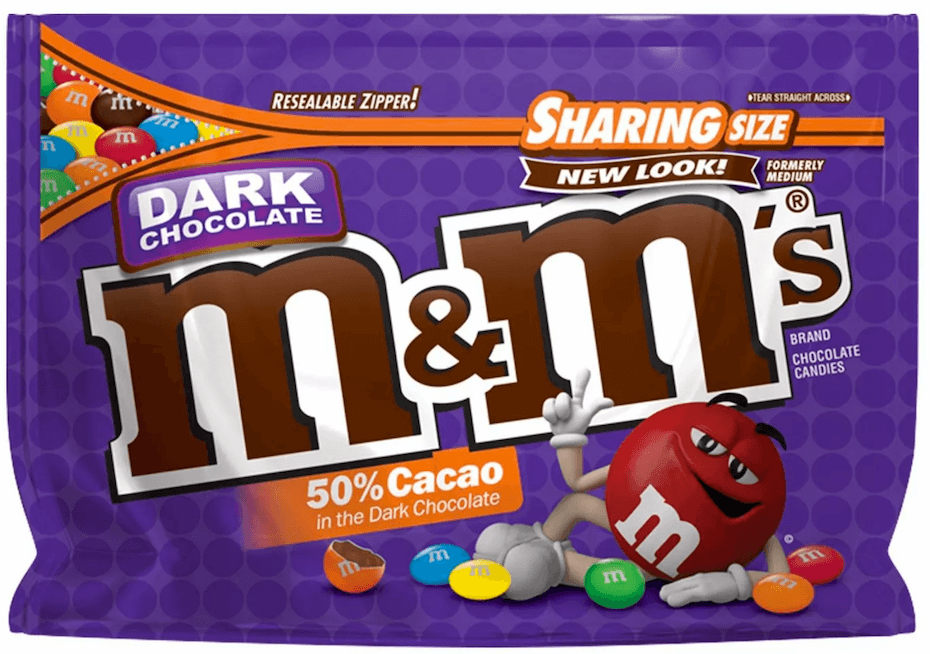 You'd think that Milk Chocolate M&M's Minis would be basically identical to the regular Milk Chocolate, but that isn't the case thanks to the texture of these tiny treats. Because the Minis are so small, the shells are also thinner, giving them a different kind of crunch. For us, that can make all the difference. 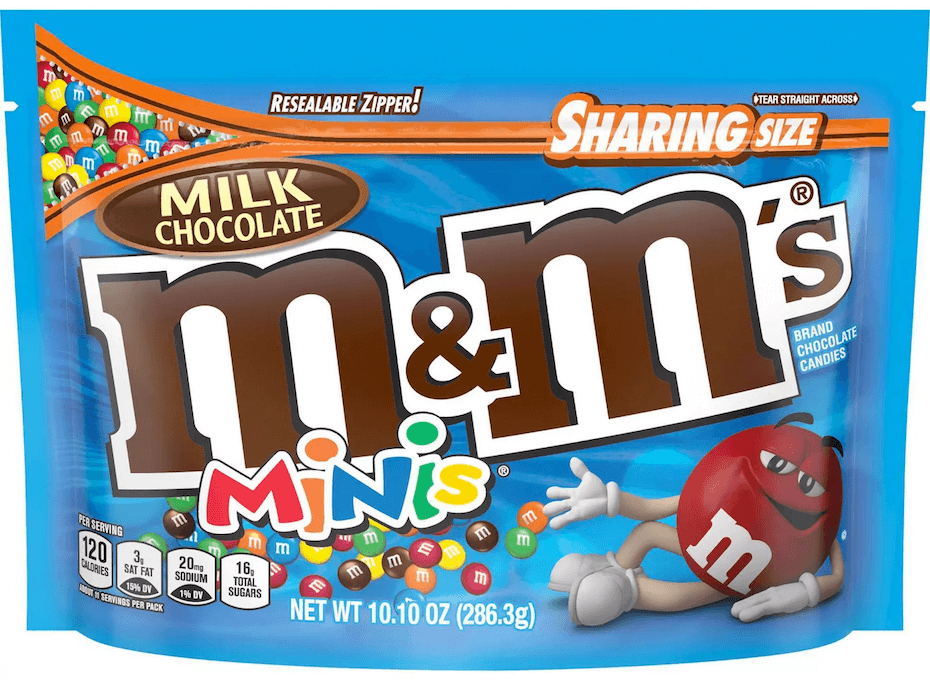 Peanut M&M's are nearly as classic as the traditional Milk Chocolate, so even we were surprised to see this flavor rank so low on the list. It only speaks to the strengths of the more inventive recent flavors. Though the peanut in the center of the M&M can occasionally have a slightly burnt and bitter taste, it's hard to complain when that's surrounded by milk chocolate and a candy shell. 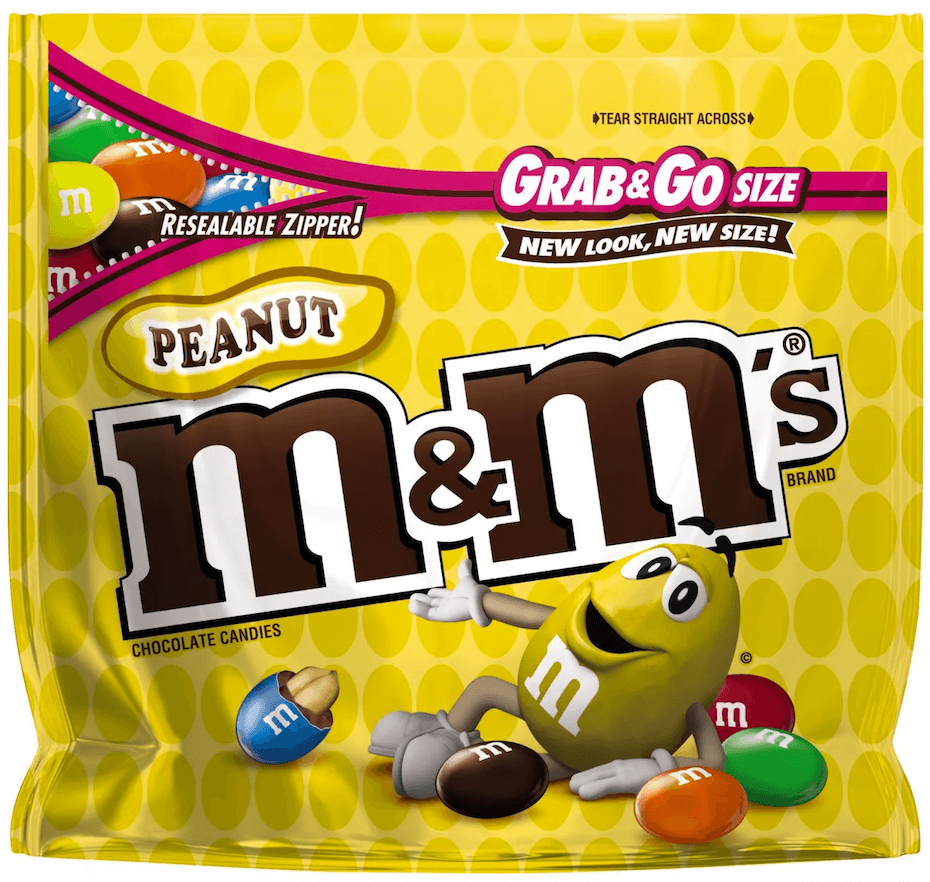 If you've avoided trying the Peanut Butter M&M up until now because you think it's just a differently branded Reese's Pieces, think again. This flavor contains a ball of peanut butter surrounded by a coating of chocolate inside the shell, making it a bit of a game-changer. If you're looking for that Reese's Peanut Butter Cup taste, you've got to try this one. 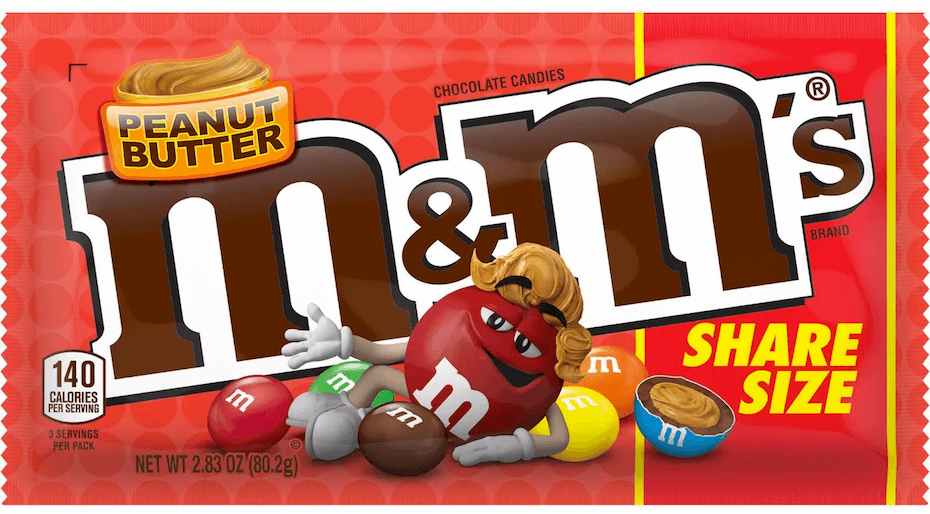 White chocolate-lovers, rejoice. The white chocolate in these M&M's is a little less sweet than average, which we actually think works well. Paired with a the textures of the peanut and the crispy candy shell, it's a mild treat that's all too easy to wolf down. 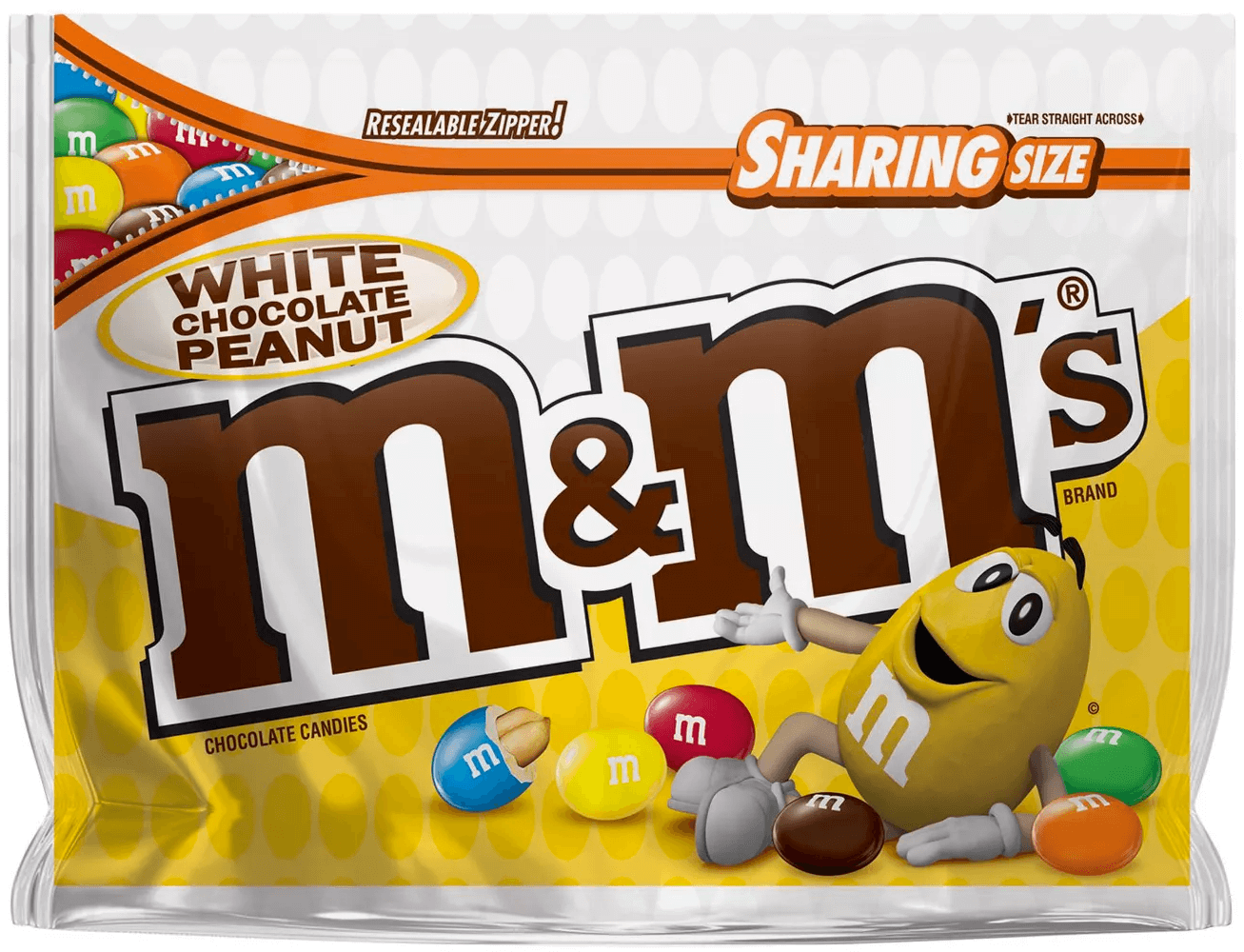 We're getting into the top-tier M&M's now. This flavor is ingeniously filled with a rich, buttery caramel center, surrounded by a layer of milk chocolate, and eating them feels like a decadent experience. However, they are very sweet, meaning we only ever want to munch on a few handfuls at a time. That's probably a good thing, as it means we can make the bag last even longer.

When we first heard that M&M's had a Hazelnut Spread flavor, we were expecting something that was essentially a Nutella-filled shell. While that's not exactly true, we're still huge fans of this unique flavor. Each piece seems to be filled partly with milk chocolate and partly with hazelnut flavoring, and the two together blend into something magical. The more you eat, the more the hazelnut flavor builds, making it hard to stop snacking. 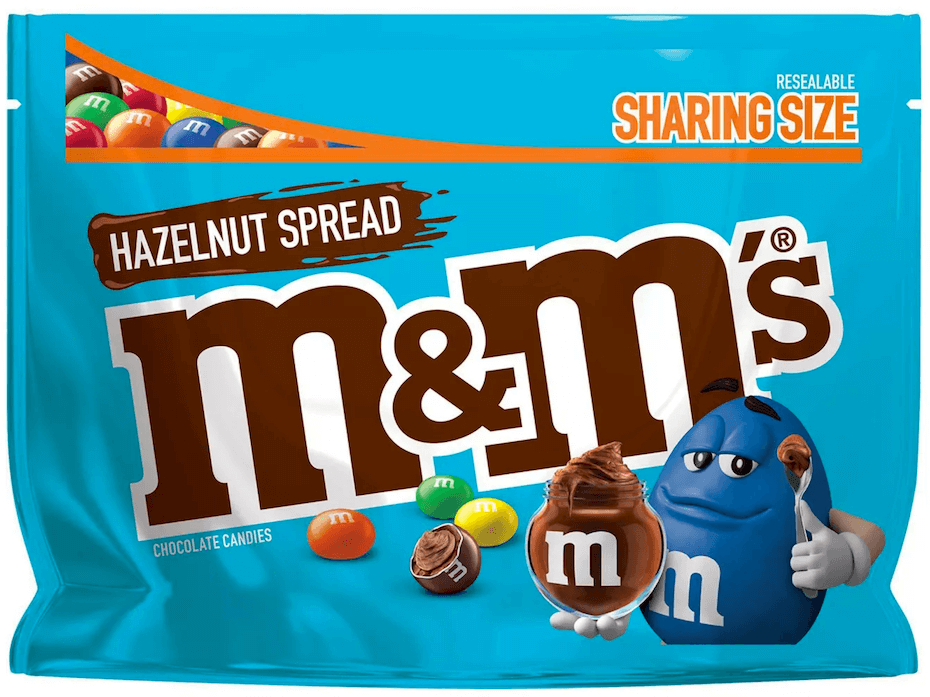 This special flavor beat out Mexican Jalapeño and Thai Coconut-flavored M&M's in a vote last year, and for good reason. The peanuts give it an awesome crunch, while the milk chocolate is delicately flavored with a caramel-like toffee. They're sweet without being cloying—and best of all, they won't get stuck in your teeth like real toffee. 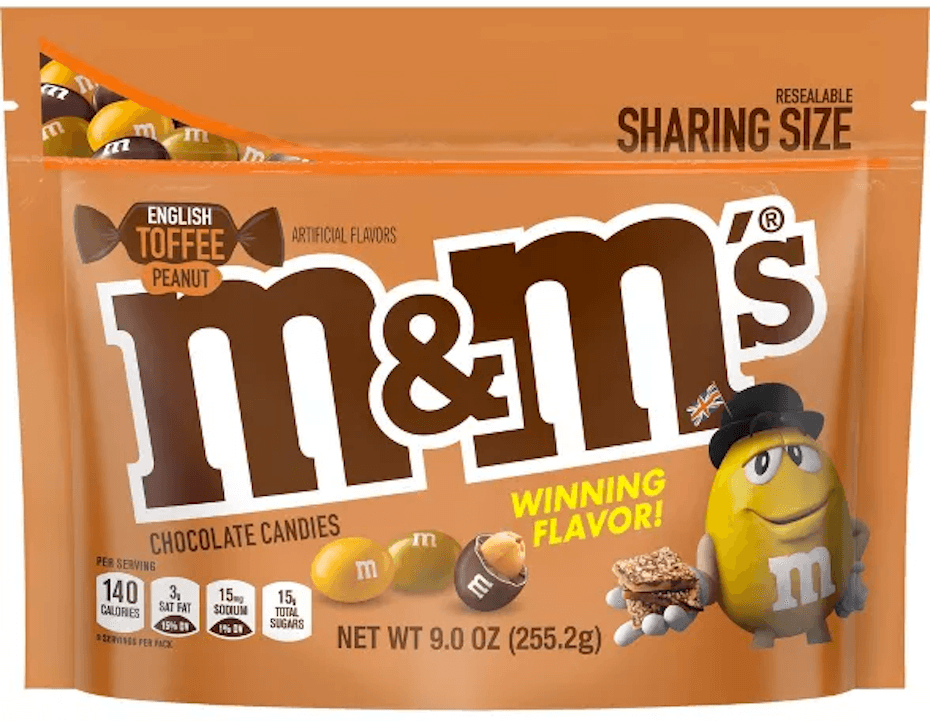 Can you tell that we like M&M's with texture? Even though the chocolate in these larger-than-average candies is the same as in the classic M&M's, the salty, puffy pretzel center takes the flavor and feeling above and beyond, making it one of the toughest flavors to put down. 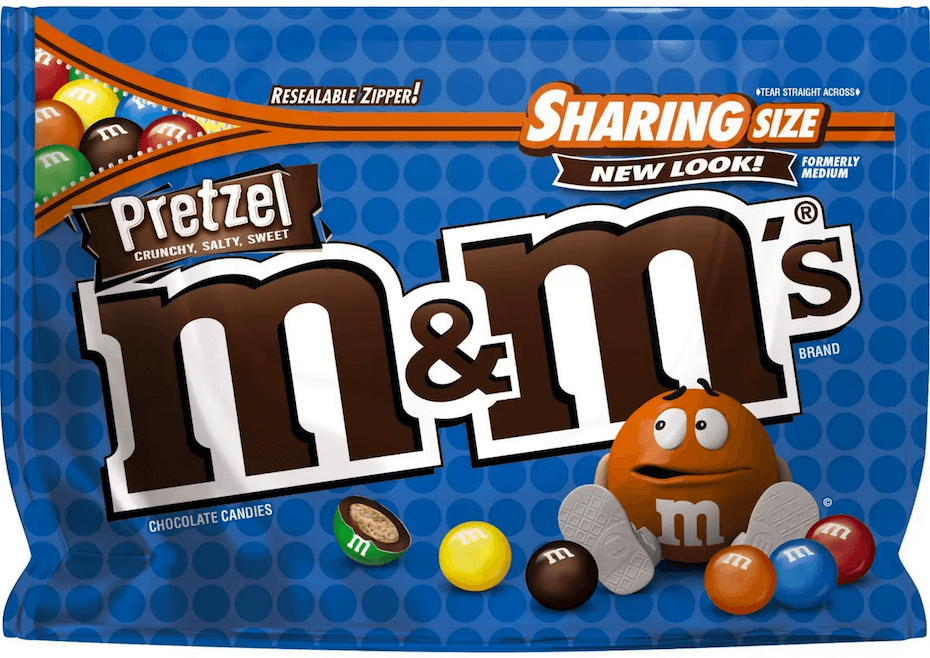 We've never been able to resist the combination of mint and chocolate, and Crunchy Mint M&M's are no exception. They replicate the amazing taste of Thin Mints, with the addition of a crunchy shell, and it's a struggle not to eat the entire delicious bag in one sitting. 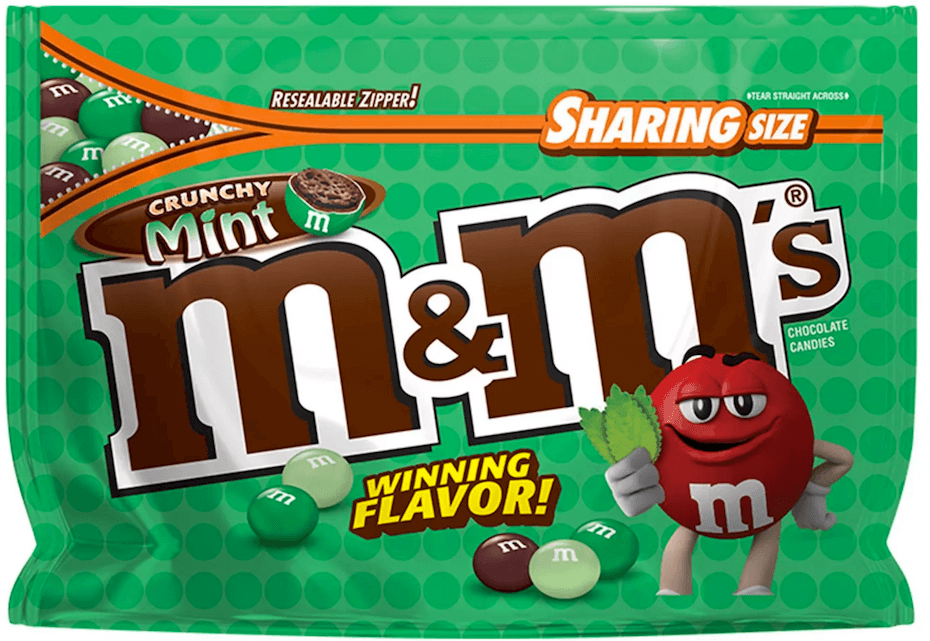 You may be surprised to see Crispy M&M's at the very top of this list, but they're seriously that good. The puffed rice center gives it an even more satisfying crunch that the Pretzel flavor, and the fact that the M&M's in these bags tend to be slightly unusual and irregular shapes changes the texture of the shell as well, elevating it above and beyond the others. Everyone should try it at least once. 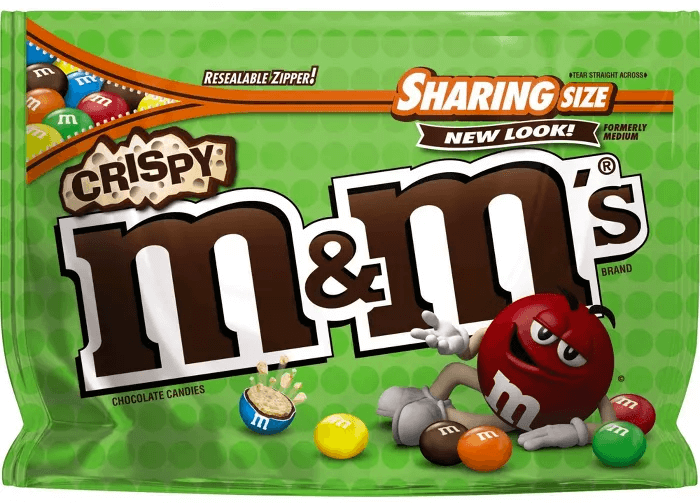 If you're a chocolate lover through and through, click HERE for Instagram captions for all of your chocolate-filled photos.