Mackenzie Patel is a prolific writer of both fiction and non-fiction who released her first collection of short stories, Vitae Romanorum, earlier this year. She also documents her travels in the blog  www.LearnTravelArt.com. 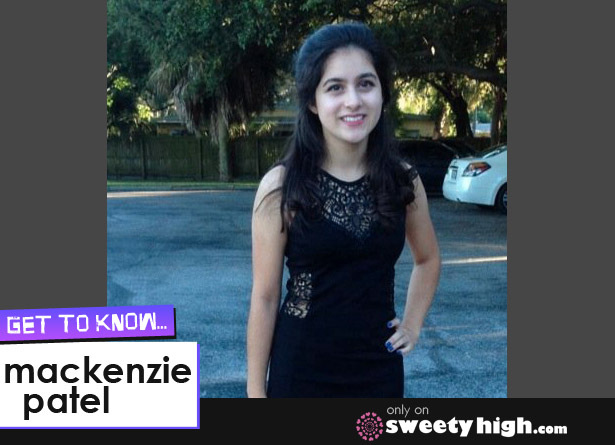 Earlier this week, we shared an interview with Mackenzie about her love of writing. Today, we learn about the release of Vitae Romanorum and more!

Mackenzie was led to writing her first published set of short series through her travels.

"Traveling has been a very important part of my life for the past couple of years," she said. "Getting to experience a whole different culture, even if it's only for two weeks, is so instructive and interesting."

She said her wanderlust is driven by her constant yearning to learn new things.

"I find that I take away something special from each country, whether it's more knowledge about their art, food, architecture, or customs," she said.

Mackenzie has traveled with her parents through nine different countries in Europe. Every few years, the family takes a two-week vacation to Europe. During that time, they family visits relatives in England and Scotland, and then travels to surrounding countries.

Mackenzie decided to start writing about her incredible travels and her love for exotic places after she traveled to Spain in the summer of 2013.

"I wanted to share what I've seen, learned, and experienced with other students my age," she said.

After one fateful visit, one city in particular has always held her interest.

"As weird as this may seem, I have a strange love affair with Rome, especially her architecture, history, and people," Mackenzie said. "I went to Rome in the summer of 2011 and simply fell in love with it. I think that everyone has one city that is special to them, and for me, Rome is that place."

Once she had returned from her trip, she did everything she could to learn more about the city. She listened to Ancient Roman history podcasts by Mike Duncan, taking her own detailed notes along the way.

"The lives of the Emperors and their crazy, sometimes sadistic stories I found extremely interesting, especially because I had traveled to Rome," she said.

Rome also attracted Mackenzie with its rich history on art. During her sophomore year, Mackenzie took a Literature and Arts class where she learned even more about the incredible architecture she had visited years before.

"Seeing the real thing and then getting to learn more about it in class was amazing," she said. "I just felt so cultured, considering no one else in my class had even been to Rome before."

Vitae Romanorum, which translates to "The Lives Of the Romans," is a 64-page collection of six short stories. Since it was such a short book, and because Mackenzie wanted so dearly to see her words in print, she decided to self publish.

"The process was fast, relatively painless, and inexpensive," Mackenzie said.

Though Mackenzie would self publish again if she released more short stories, she said she plans to go through a publisher once she's written a thoughtful, full-length novel. She explained that established publishers will be able to market and sell her book effectively, getting it into the hands of readers who'd appreciate it most.

"The internet is so vast and labyrinthine that it is nearly impossible for someone to find a book in such a narrow genre as mine without professional marketers involved," she said.

Mackenzie has gotten the word about in a few ways, including guest blogging about her experiences for The Huffington Post. In a new article, Mackenzie discusses the 7 most important things she learned while traveling throughout Europe. The article can be read here!

Interesting in Mackenzie Patel's writing? You can purchase Vitae Romanorum on Amazon here. Also be sure to check out our previous interview with Mackenzie, and some other teen authors, below!