Maddi Jane Tells Us Why It "Only Gets Better"

Maddi Jane is a powerful singer-songwriter with more than a million subscribers on YouTube and a new single, "Only Gets Better," that's making a big mark on the music world. We recently spoke with the artist to find out what the new track is all about and get to know the real Maddi Jane!

1. None of them lol. There are days all the time I show up to school without makeup to be honest. When I do wear makeup, my go to is always mascara.

If you could have any meal right this moment, what would it be?

2. Ha. I'm not really hungry but Gelato sounds really good right about now. I'm answering these questions in the sun in my friend's backyard.

Who is your favorite Disney character and why?

3. Pocahontas for sure. Her hair is magical and she cares about nature and she stands up for what she believes in.

What's the last song that was stuck in your head?

4. "Wonderland" by Taylor Swift. Such a good hook.

What is your guilty pleasure movie?

What is your spirit animal?

7. "A bear," according to those online quizzes. lol

If you could swap lives with any celebrity right now which would it be?

8. Emma Stone, and not just because of Andrew Garfield. She's a brilliant actress, classy, and doesn't take herself too seriously.  ee her epic lip sync battles on Fallon? She's super chill. 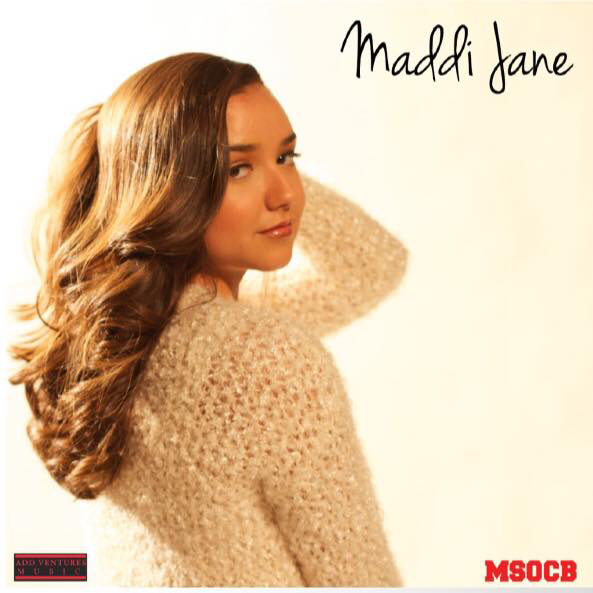 When I was 11, and my guitar teacher learned that I could sing, he suggested I come over to his house and film a cover video.  We chose "Breakeven," by the Script. He said he'd have his nephew Stevie, accompany me on guitar.  Well Stevie was formerly in the Plain White T's, so just jamming with him was cool in itself.  I was expecting my teacher to be on a little handheld camcorder and we'd just shoot in his basement.  But when I got there he had transformed his living room into a studio. There was a professional videographer, light stands, recording equipment, a legit microphone and everything. So fun. We posted it on Youtube. At the same time, Ellen was doing her "Wonderful World of Wonderment" YouTube contest.  Well a few days after we posted "Breakeven" on YouTube, Ellen's producer called and said they'd seen the video and wanted us to be on her show and perform the song.  Of course I did and it was an amazing experience.  The video pretty much went viral after that and all of a sudden I had fans and a social media following.  It was crazy.  So I thought it might be a good idea to put up some more videos.  We never anticipated the outcome to be as positive as it was.

How do you think the decision to do that has changed your life?

It's given me a broader perspective on life and has enabled me to interact with so many different people from around the world. It's also taught me the importance of keeping my passion for music and creativity priority in everything I do regarding my career.

How would you describe your musical style?

The most common terms I use to describe my style are "relatable," "rhythmic," and "redemptive."

What was the inspiration behind "Only Gets Better"?

It was written based on experiences in my own life and those closest to me. It's just kinda an anthem reminder that it's not about the hard things that come to us in life, but how we respond to them. It's a "feel good", encouraging message. The response to the song has been overwhelmingly positive. I'm really happy with it.

What has it been like to be part of the Macy's iHeart Radio Rising Star competition?

It's been awesome! The support that I've gotten from my friends, family, and fans from all over the world has been really special. Also the responses from local radio stations, and the general community has been really cool and encouraging.

What's it like to be the first artist to launch on ADD VENTURES Music?

I am honored and excited to be a part of this company. For Chris (Gotti Lorenzo) to choose me as the first artist to officially launch his new platform means so much to me. I also firmly believe in the purpose of the company – to empower the independent artist.

Just that I'm very thankful to be in the position I am.  So excited about what lies ahead.

Love Maddi Jane? Be sure to leave your thoughts in the comments section!