Maddie Wilson Reinvents Your Fav Songs With A Country Twist

YouTube artist Maddie Wilson has a knack for going viral, taking popular songs and recreating them with an infectious country twist. We recently chatted with Maddie to learn what makes her tick and how country music inspires the young singer-songwriter!

1. Honestly if I looked good, I'd rather not wear makeup. I hate the feeling of it on my face. But I would choose eyeliner just because I look like I don't have eyes without it.

2. I'm out of town and I didn't bring my purse so I can't go look! I have a really small one, it's more like a bag, so nothing crazy can fit in there. But I do carry lots of weird little trinkets that have no value whatsoever.

Who is your single biggest musical influence?

3. Woah that is such a hard question! Choosing just one is heartbreaking. I'm going to say Michael Martin Murphey just because I grew up on him. He was my dad's favorite.

4. Snakes. I don't know why but they freak me out and I hate them.

If you could have any dream meal right this minute, what would it be?

5. I'm super hungry right now so a hamburger topped off with a shake would be heavenly.

What one album do you never leave home without?

6. I kind of take turns with the albums that I'm obsessed with. Right now I'm obsessed with Sam Hunt's Montevallo. His songs are so completely different that it makes me love them. Especially "Take Your Time." I probably listen to that song like 10 times a day! 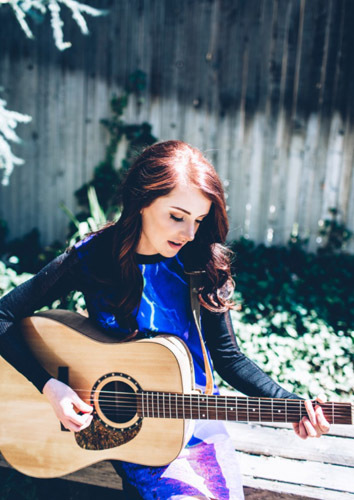 With your covers you usually take pop tracks and give them a bit of a country twist. How did you develop that style, and why do you think it resonates with people? How does that translate when you're writing original songs?

I grew up on old country music so naturally it's my favorite. I've been thinking that if people heard country music without a big twang, more would appreciate it! Plus it's always fun to change up songs and make them your own.

What advice do you have for musicians who want to start their own YouTube channels to showcase their musical talents?

Start off simple. Use a home video camera and just play live in your house. If you're going to do covers, try and cover the songs you think are going to be popular. I like to look at the iTunes Charts for that kind of stuff. And make the songs your own!! 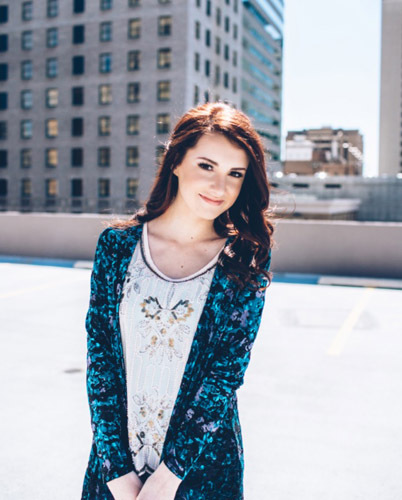 You recently did an acoustic Imagine Dragons mashup that has been getting a lot of attention, and even got noticed by the band. What was the inspiration behind that video, and what has it been like for the band to recognize it?

I have a team of very talented people that I work with when putting these videos together. I love the process and seeing the startfrom finish. Originally we were planning on putting "Gold" into the mix but it just didn't fit. We wanted to do a one-take video that was unique with a group of people coming in and out – I think it turned out really fun, and yes it really was one-take. I'm so happy Imagine Dragons showed that they saw my video! I hope they liked they way I put it together.

And I'm happy to say that I will be releasing the details about it very soon. Stayed tuned to my social media. 🙂