The 2018 Teen Choice Awards basically turned into the Riverdale show, so luckily, Madelaine Petsch was ready for all eyes to be on her.

The actress's latest YouTube video shows what it took for her to get ready for the show, and the key ingredients were a lot of hands and time. As Madelaine put it, "It really does take a village!"

Her particular village worked on her from top to bottom—literally. A stylist took care of her hair, and she even got help putting on her shoes. 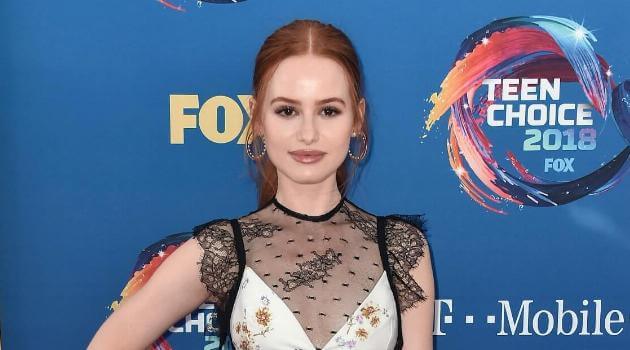 The video shows that getting red carpet-ready isn't itself a glamorous process. Madelaine had to color her eyebrows, for example, and she looked more than a little cartoonish while they were in the works. Even she can't take herself seriously when they look like that, she admitted.

Madelaine also opened up in the video about what it's like to go to an awards show. If you think it sounds easy, think again. It sounds like it was pretty exhausting for the Riverdale cast; they were only in Los Angeles for the Teen Choice Awards for 24 hours, and they had to leave right after the show. Madelaine explained that they were all bringing a change of clothes to the event so they could go straight to the airport. Yikes.

At least all the travel and hard work paid off. Between her win for Choice Hissy Fit and Riverdale being crowned Choice Drama TV Show, she spent a fair amount of time onstage, giving her team's efforts the chance to be admired by all.

If you haven't seen it yet, click HERE to watch Lili Reinhart do some amazing special effects makeup on Madelaine Petsch.