We love singer Madison Beer for some pretty obvious reasons, one being how every single one of her songs is on the soundtrack to our lives. But she's also done some pretty incredible things to improve the future of this world and that's truly why she is our Woman Crush Wednesday this week. 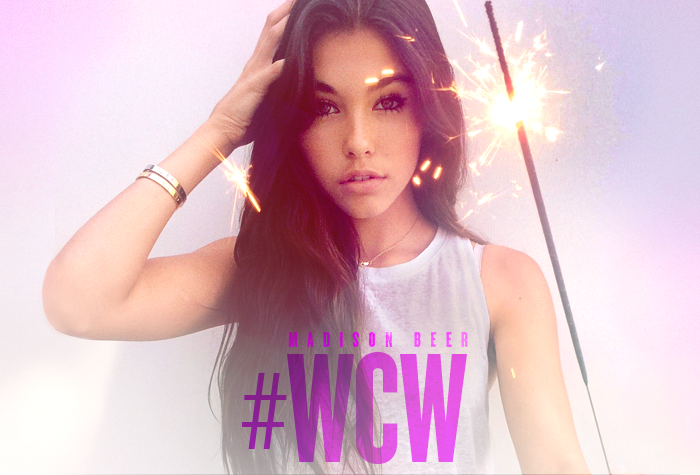 Full Name: Madison Elle Beer (Her mom named her after the main character in the movie Splash.)

1. Madison was discovered when The Biebs tweeted her cover of "At Last" by Etta James.

2. And she doesn't just sing, she also plays piano.

3. If she weren't a singer, she'd want to be a detective, because of her obsession with the TV show Law & Order.

4. She sings the theme song for Monster High and it's a serious bop!

5. Madison is dating Jack Gilinsky from Jack & Jack and they basically make us believe in love.

6. She is an ambassador for Ralph Lauren's Children's Literacy Program, which encourages everyone to donate books to kids in need.

7. Madison even worked with DoSomething and Mentor Up for their "Grandparents Gone Wired" campaign, which teaches senior citizens how to use social media.

8. We can't forget to mention her MadKindness program she started that promotes being kind to everyone. She started this in 2013 and she's still doing it because she's literally the sweetest!

9. Her latest single is called "Something Sweet" and it's such a jam! We play it everywhere we can.

Peep this throwback vid of us hanging out with Madison at Kid's Choice Sports in 2014.