Madison Pettis, best known for her roles in The Game Plan and Life with Boys, was one of the many celebrities at the Girl Scout event Girltopia earlier this month promoting positive messages to young girls! 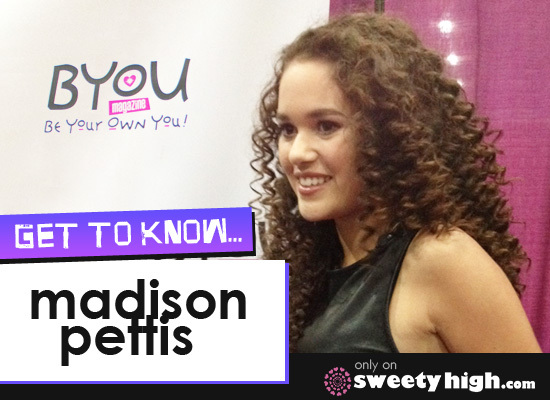 "This was an amazing event," Madison told Sweety High in an exclusive interview. "I'm all about girl power, so to get thousands of girls in the same room, all trying to better themselves and help other girls feel better about themselves, was an incredible experience."

Madison was also a part of the BYOU Magazine Celebrity Empowerment panel, which urged girls to be a positive influence in the lives of other girls. Celebrities like Madison are often idols to young girls, so it's especially important for them to be good role models.

Most of all, Madison said it was important to be a good friend to other girls

"If you're a really positive friend and all girls start to behave in that positive way, it's going to make a huge difference on everyone," she said.

Love being a positive influence to other girls? Join our sweet community at Sweety High!