When we think about sweeping, majestic castles, we tend to think of fairytales and Disney princesses. It can be hard to remember that they're the real deal, and in fact, there are more than 500 of them located all around the world.

And while some of the ancient and medieval castles lie in ruins today, others are just as fantastic as they ever were. In fact, we think a number of them are downright Disney princess-worthy. Keep scrolling to discover 10 of the most beautiful and spectacular castles all around the world.

You only have to take one look at Mont-Saint-Michel in Normandy, France to see what's so special about it. The commune encompasses the tidal island of the same name, and it's surrounded by water on all sides, making it look even more impressive in its own mirror-like reflection. It's also unique in that it's only accessible at low tide.  If you've seen the movie Tangled, Mont-Saint-Michel may also look familiar because the film's kingdom of Corona was inspired by this very island. 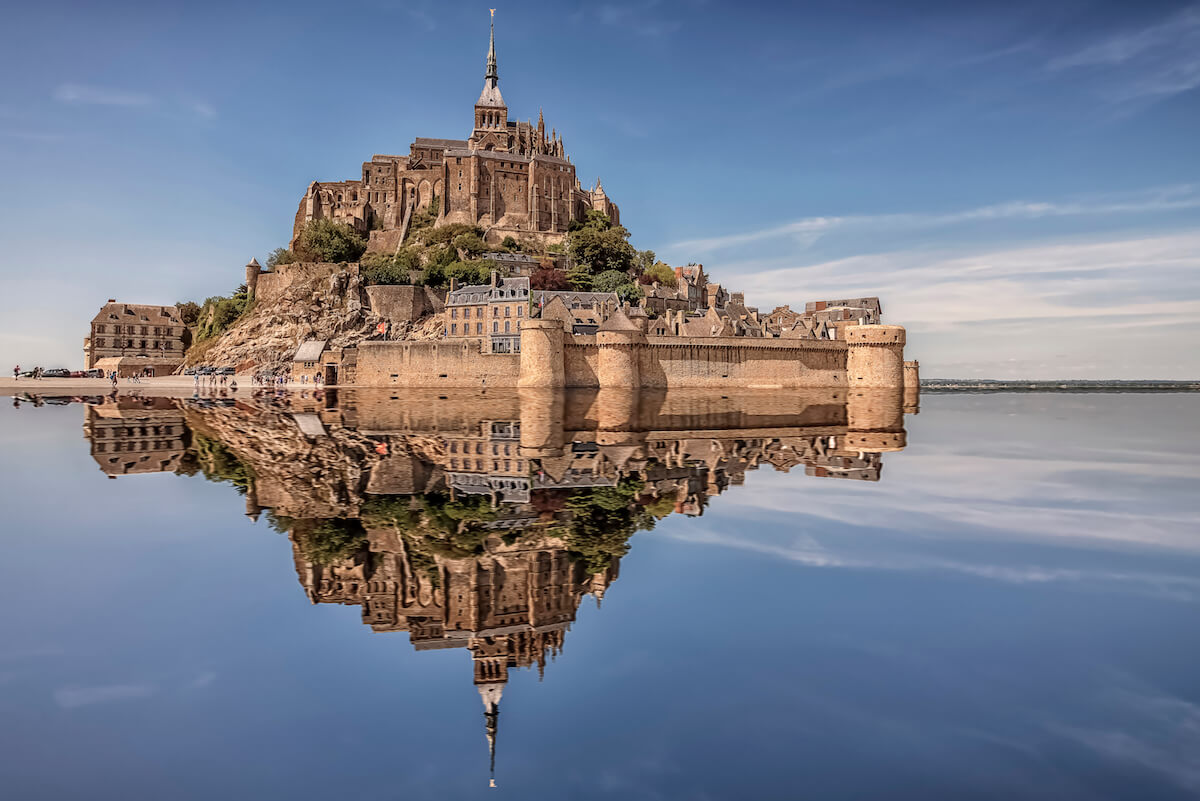 Karlštejn Castle in the Czech Republic dates all the way back to 1348, when Charles IV, the King of Bohemia, ordered its construction. The castle, with its large, fortified walls along the hillside, was used for the safekeeping of all kinds of royal treasures, from Imperial Regalia to the Bohemian crown jewels and holy relics. Even today, it remains one of the biggest tourist destinations in the Czech Republic. 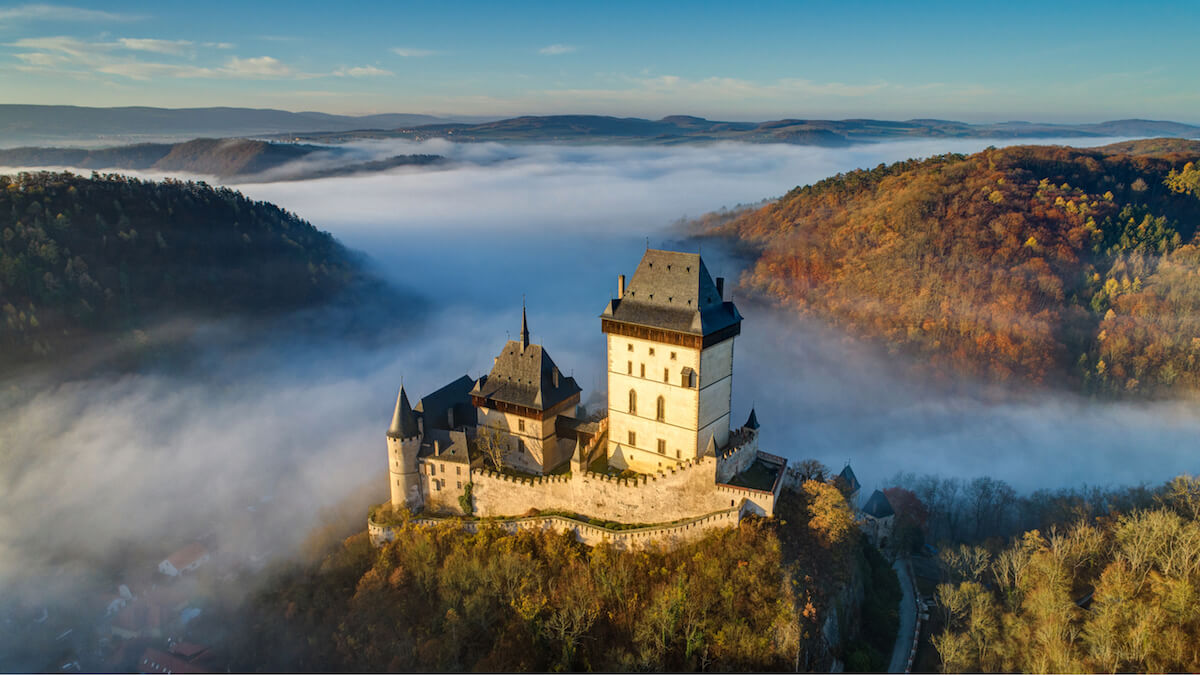 Matsumoto Castle in Nagano, Japan, is one of Japan's most famous and beloved castles, and for good reason. Also known as the "Crow Castle" because of its bold bold exterior, Matsumoto Castle was completed in the late sixteenth century, under the Tokugawa shogunate. Today, it remains one of the National Treasures of Japan, as only 12 keeps like it remain in the country. 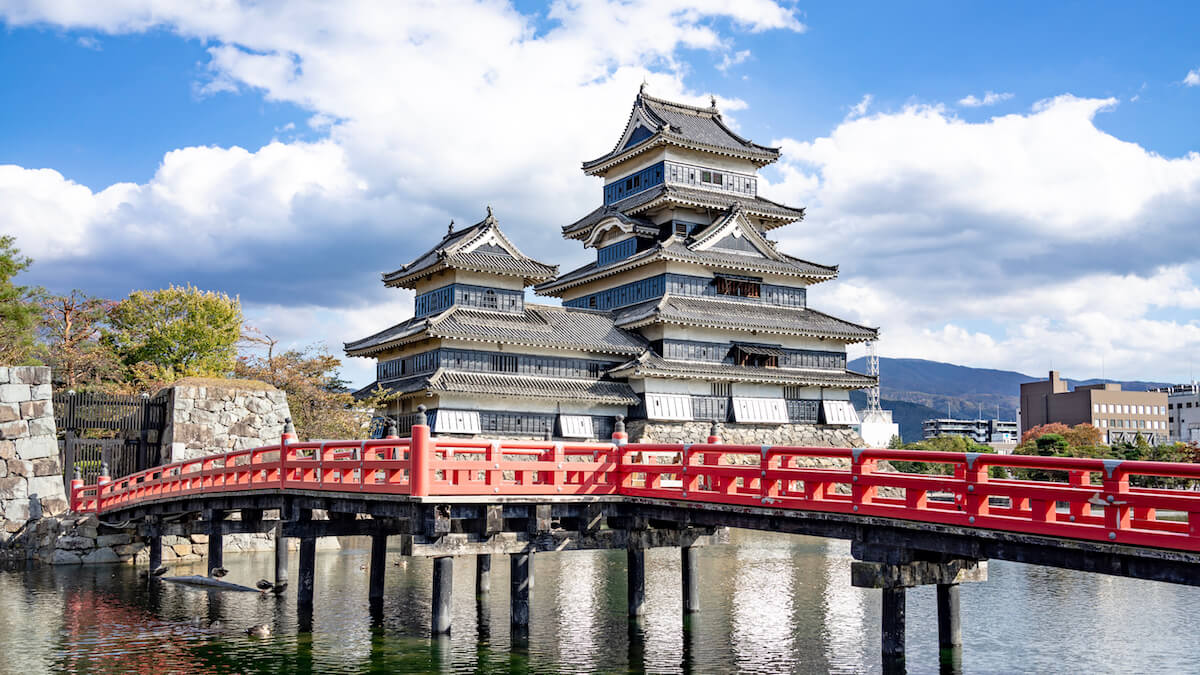 Andria, Italy's Castel del Monte (in English, "Castle of the Mountain") dates back to the 13th century and is notable for its unique, octagonal symmetry when viewed from all sides. It was commissioned in the 1240s by King Frederick II, and over the years, it had quite a history, including being used as a prison before it became a refuge during a plague. Despite being stripped of its elaborate marble walls and columns, it's still a sight to behold today, and is even a protected World Heritage Site, as well as being featured on Italian 1 Euro cent coins. 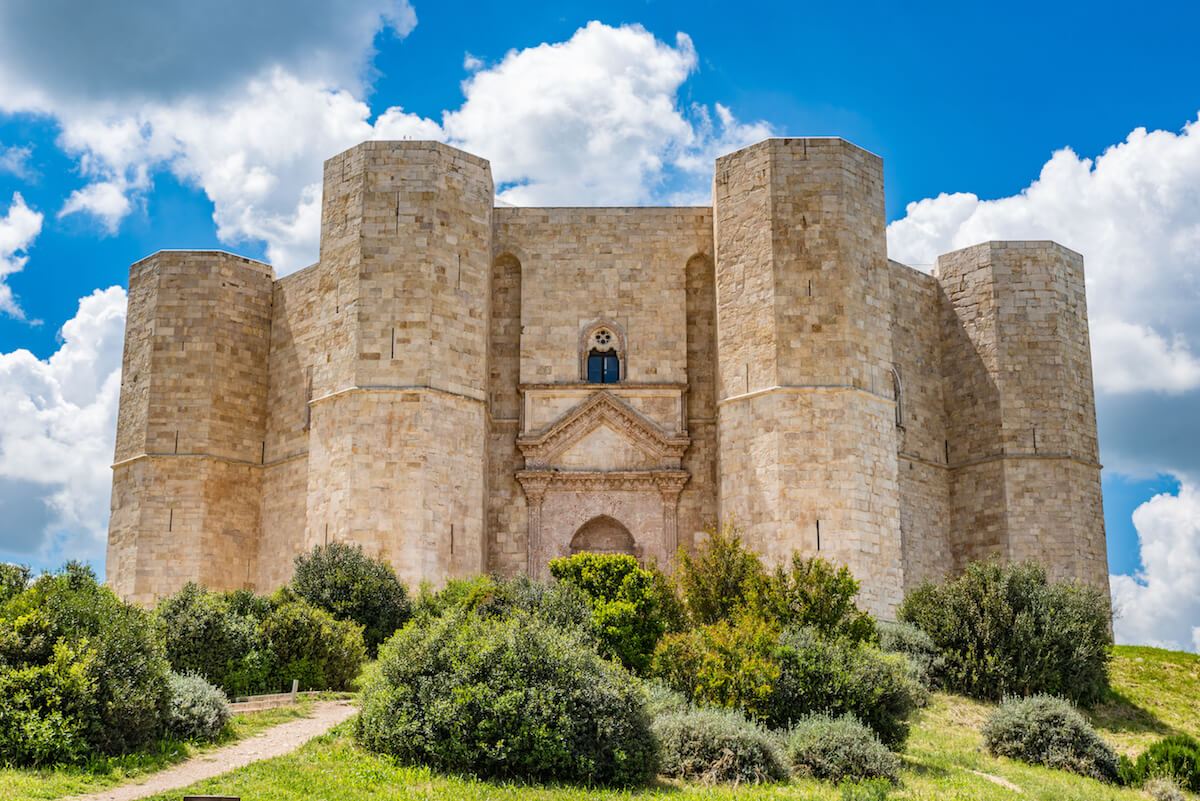 Castillo de Coca is located in Coca, Spain, combining Moorish Muslim design with Gothic architecture to create one of the best examples of Spanish Mudejar brickwork in existence. Unlike most Spanish castles, it's located not on a hilltop, but instead on a steep promenade. Its bold brick look is eye-catching, as well as fortifying. It was also the birthplace of Roman emperor Theodosius I and is surrounded by a deep moat. 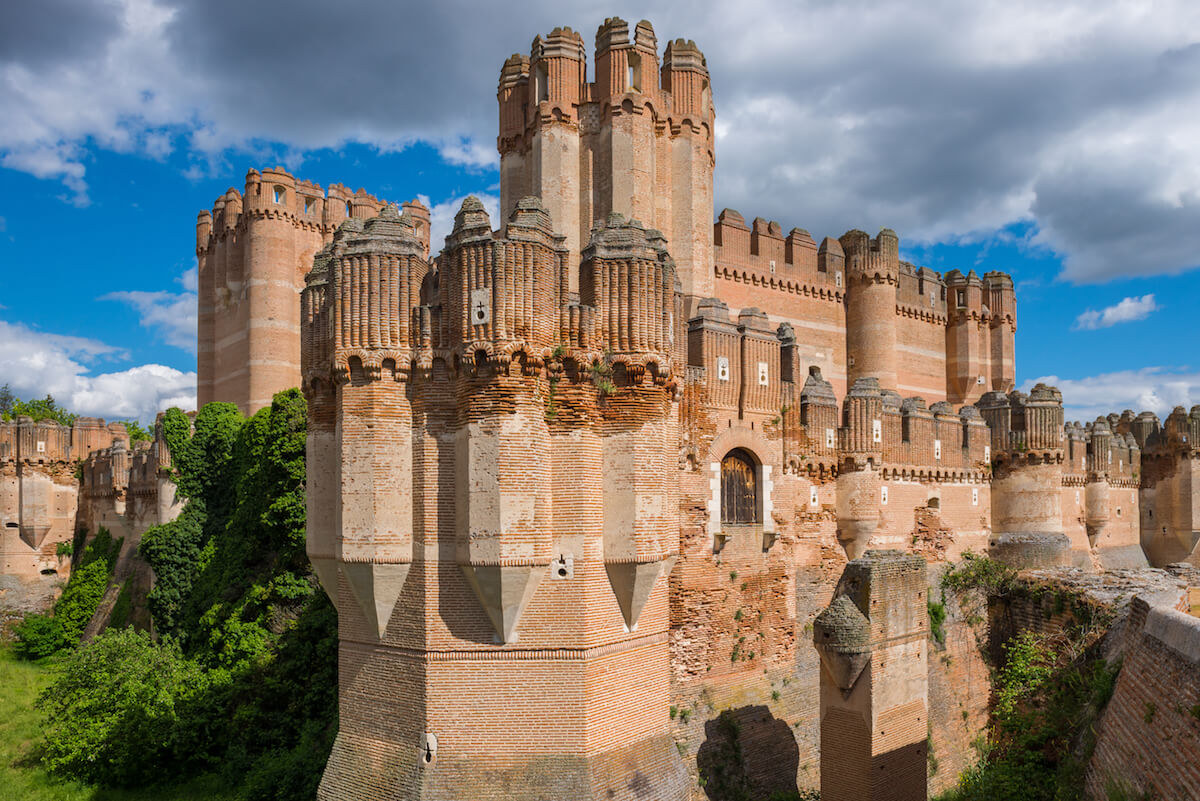 While many are familiar with England's royal residences, Windsor Castle and Buckingham Palace, we think Arundel Castle in West Sussex is even more of a marvel to look at. While it was established under the reign of Edward the Confessor, it was actually damaged during the English Civil War before being restored to its current glory during the 18th and 19th centuries. In addition to having a cricket field on its ground that's used for matches, it's also been used as a filming location in everything from Doctor Who to 2017's Wonder Woman. 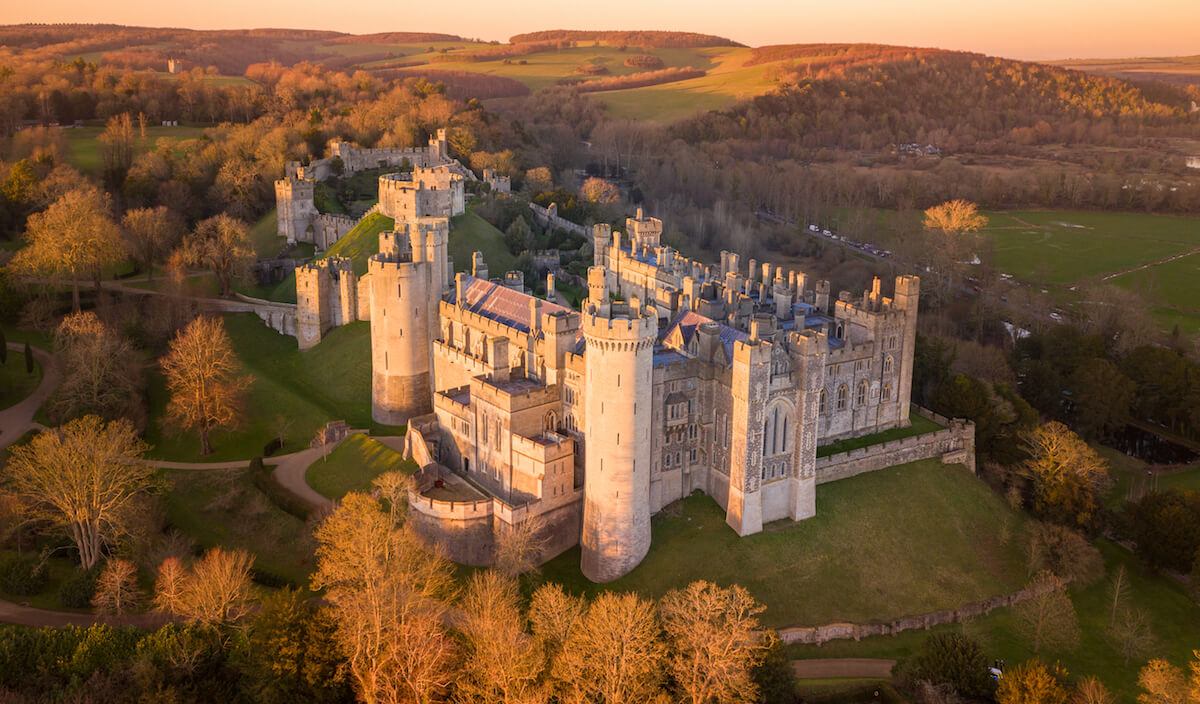 Jal Majal means "Water Palace" in Hindi, and when you see this stunning palace right on Jaipur's Man Sagar Lake in India, you can see why the name is so apt. It was originally constructed in 1699 before being further enlarged in the 18th century by Maharaja Sawai Jai Singh. It was built to show off the Rajput style of architecture. When the lake is full, four floors of the striking palace are underwater, with only the top floor exposed. 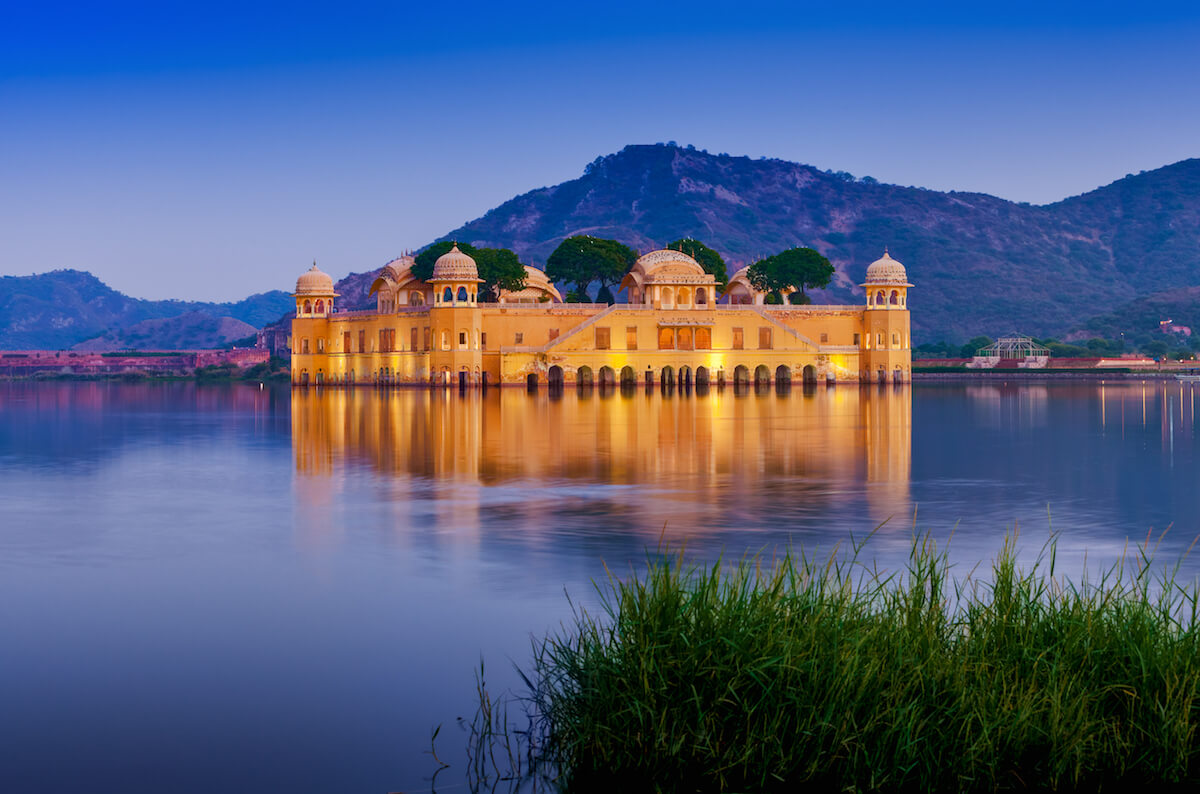 Bojnice Castle, which lies at the center of the historical Slovakian town of the same name, is the country's most visited castle. The castle itself is built on travertine rock, with a series of natural caves, and since it looks like it's straight out of a fantasy story, it's also been featured in various Slovakian films. It also hosts a theatrical festival of staged performances, appropriately called Fairtytale Castle. 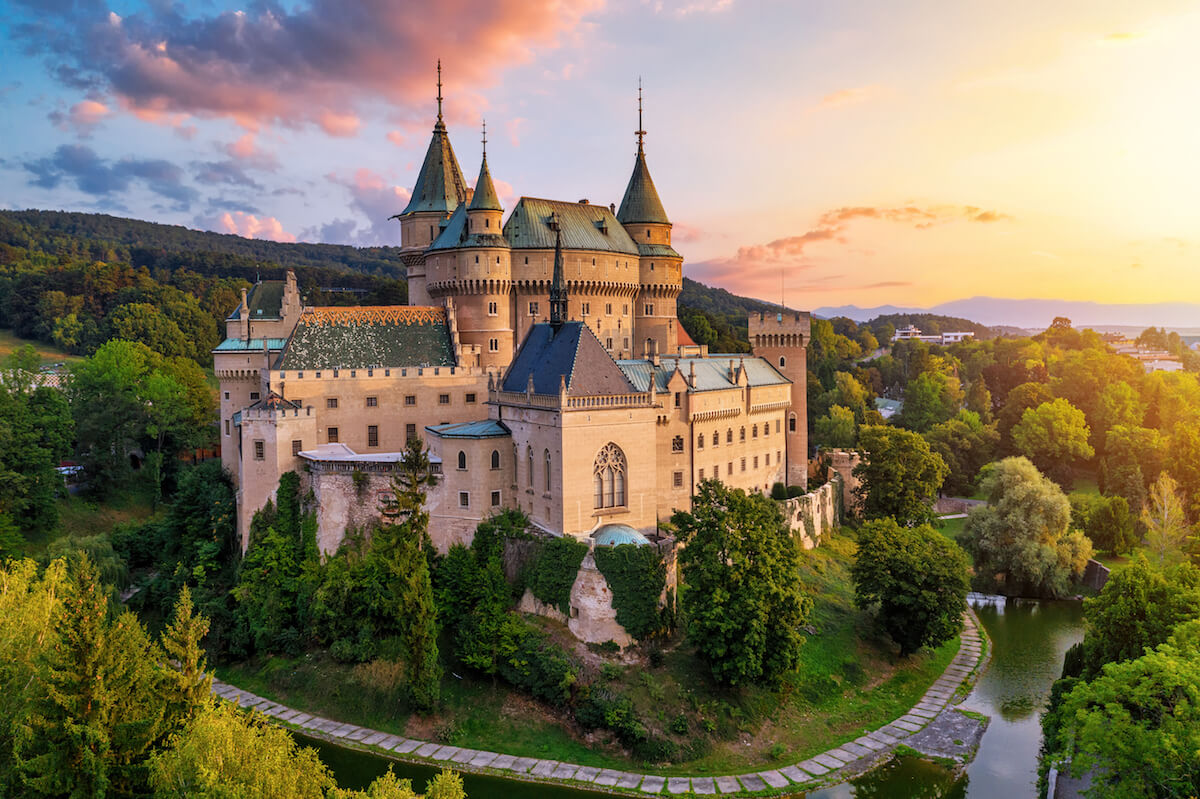 Hohenzollern Castle is actually the third and final castle of three that were built on the hilltop of Mount Hohenzollern. The first was constructed in the 11th century before it was destroyed in a siege in 1423 and then rebuilt about 30 years later. It fell into disrepair by the end of the 18th century and was finally rebuilt between 1846 and 1867 under King Frederick William IV of Prussia into the glorious castle we can still see today. The way it pokes out of the woods and overlooks the lands below makes it look even more regal—if that's even possible. 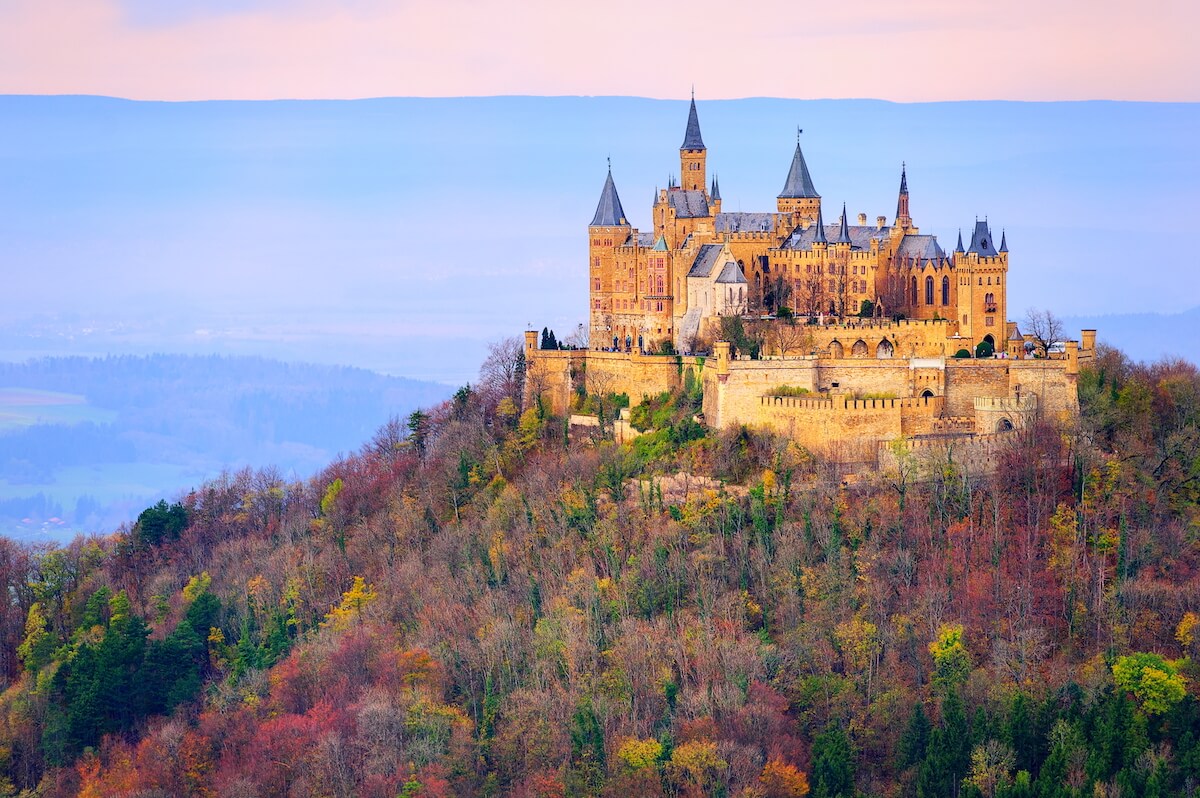 Last but not least, did you know that you didn't have to travel outside of the U.S. to see some truly spectacular castles in real life? Boldt Castle lies in the Thousand Islands region of New York, where it's open to guests from mid-May to mid-October every year. It was originally built by the American millionaire George Boldt and remains a tourist destination to this day. It was also the inspiration behind the 1969 novel Secret Castle. 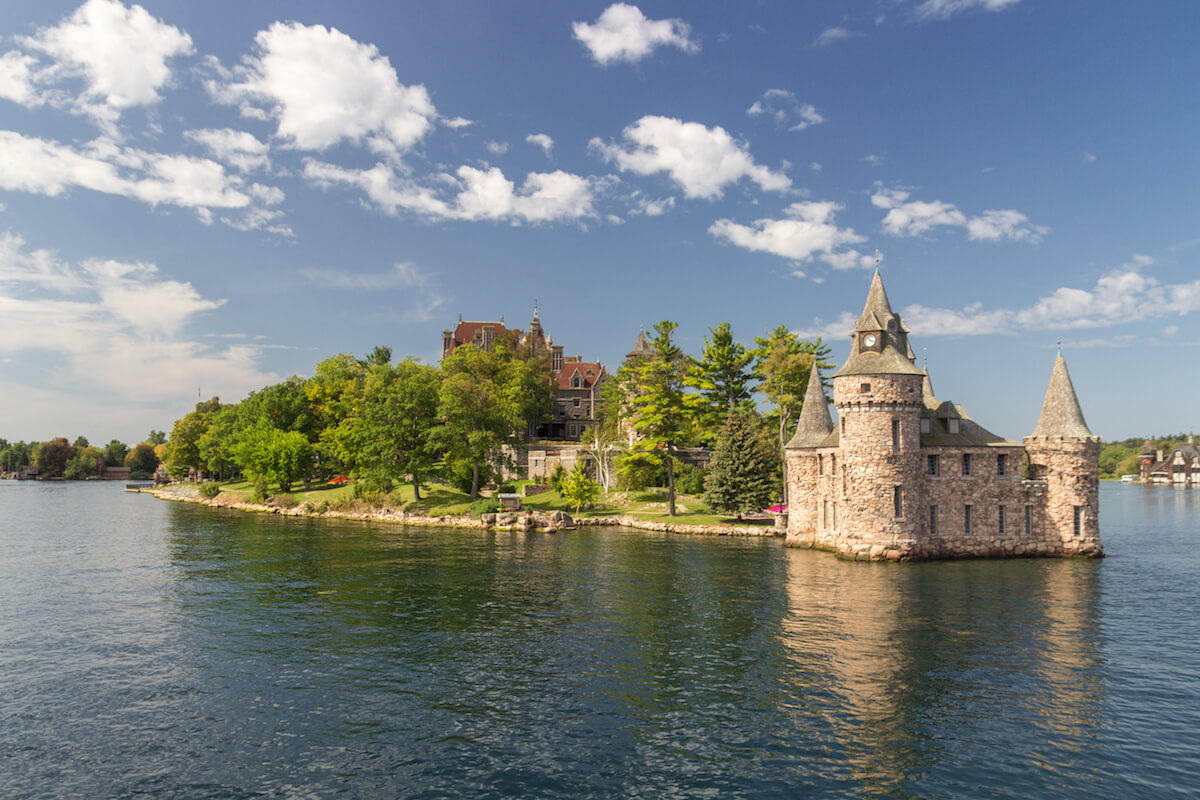 Looking forward to visiting all of these incredible destinations? Click HERE to discover four of the biggest reasons you should travel while you're young.