Who Will Be Mal's Dad in Descendants 3? We Have an Idea

ICYMI, Descendants is returning to Disney Channel. You didn't think the sequel was the end of the story, did you?

During the premiere of Zombies, we were shown a tantalizing trailer for Descendants 3.

In the teaser, we see Mal walking through a dark forest and finding a floating blue orb, only for it to whisper her name. Utterly shocked, Mal blurts out, "Dad?!" before the screen cuts to the film's logo and premiere date.

While we'll have to wait until Summer 2019 to discover who Mal's father is, we think we have a pretty good idea already.

From reading The Isle of the Lost (a prequel to the movie), we know that her father is human and someone Maleficent saw as being weak. That's about it. He's never really spoken of much more in the book, and when he is, he's addressed as someone who shouldn't be named.

But at least we know he's human, meaning it's unlikely he's another iconic villain who hasn't been introduced throughout the series.

So who is he then? Our theory is that Mal's father is King Stefan, better known as the father of Aurora (aka Sleeping Beauty). Gasp, what?! How could this be?

If you saw a little movie called Maleficent, starring Angelina Jolie and Elle Fanning, you'd know that Stefan and Maleficent were romantically involved before he decided to cut her wings off and abandon her. Talk about a rough breakup. 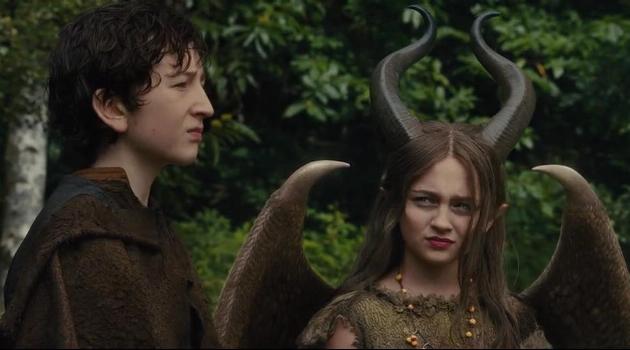 This is part of the reason Maleficent became the powerful evil sorceress we love to hate, and why she isn't the biggest fan of the Kingdom of Auradon.

Though our idea as to who Mal's father is isn't entirely sound, seeing as Maleficent may have an entirely different past in the Descendants series, we still think it's totally plausible.

Sadly, we won't know if we're right for well over a year. On that note, let the countdown begin.