This morning, Malala Yousafzai, a 17-year-old teenager from Pakistan, was awarded with the 2014 Nobel Peace Prize for her incredible work to promote education for girls. 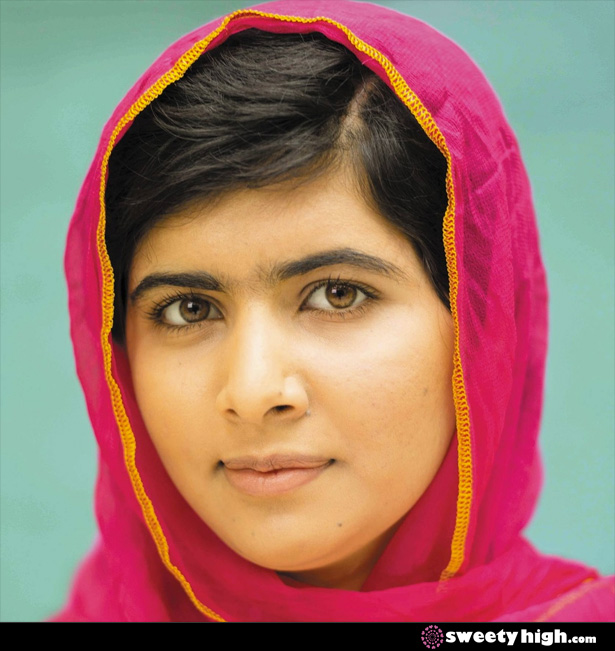 At 17, Malala is the youngest-ever winner of any Nobel Prize. The Nobel Peace Prize awards individuals who have done incredible work toward brokering peace.

Malala started blogging for the BBC about the importance of education for girls when she was just 11 years old. In her home country of Pakistan, radical groups made this extremely dangerous, but she continued.

Despite the dangers that came with campaigning for equal educational rights, she became even more outspoken about the subject as she grew older. Two years ago, an attempt on her life left her hospitalized, but she survived and the incident only drew more attention to her righteous cause.

Malala shares this year's Nobel Peace Prize with 60-year-old Kailash Satyarthi from India. For decades, he has staged peaceful protests to campaign for children's rights, the end of child labor, and better education throughout India and Pakistan.

The prize was awarded to both Malala and Satyarthi because they are united in their cause. We hope the award raises even more awareness about their goal, and inspires more people to join the movement with them!

Join our girl power community at Sweety High if the cause is important to you, too!

Love this story? Check out more stories to find out how water can equal education, how Donya Nasser works for equal representation in politics, and how Stephanie J. Armstrong empowers young women!