Mark Ambor's new single "The Long Way" has quickly established him as one of our favorite rising artists in the business.

The new track is about yearning and dreaming of a friendship to become more while knowing it's not the right time, yet being hopeful about the future. It's a message we can definitely relate to. In fact, all of Mark's songs feature a trademark vulnerability and realness while still being ridiculously catchy.

The talented producer and singer-songwriter is also making quite a name for himself on TikTok, with his sounds spreading like wildfire. We don't think it will be long before he has a massive hit on his hands! We're a bit obsessed, and here's everything we learned about him as our latest Man Crush Monday. 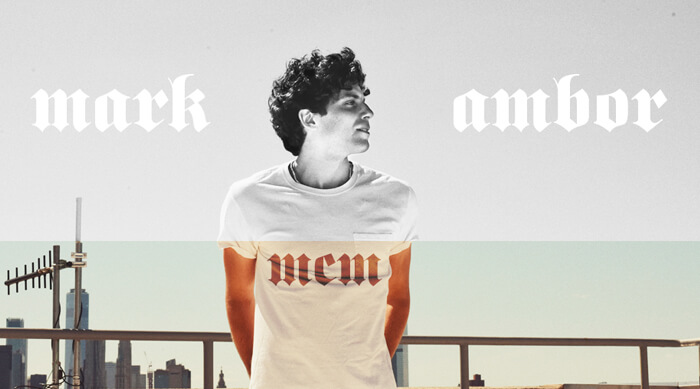 1. Mark says his most overused word is "definitely."

2. Even though he associates some clothing items with good luck, he tries not to.

"For the most part, I try to stay away from the idea of good luck charms and rituals. I feel like I'll go insane if I let myself indulge in that!"

"I would have thrived in the disco era."

4. He is positively obsessed with oat milk lattes.

5. The last song he had stuck in his head was "Can't Hold Us" by Macklemore and Ryan Lewis.

6. He doesn't really have any go-to "bad jokes," but here's one he found that made him laugh:

"What do you call a can opener that doesn't work? A can't opener. Good one, right?"

7. The scariest thing he's ever done was fully dedicating himself to making music.

8. Lately, he hasn't been able to take "Shivers" by Ed Sheeran off repeat.

9. If he could live in any fictional world, he'd pick Pandora from James Cameron's Avatar.

"The colors and vibes of that place are just crazy."

10. Mark says that above everything, he cares about the feelings that things give him.

"I'm always striving for a feeling in the songs I make because I think that's the most important element of anything. I love spending time with people and celebrating life for what it is. You're not alone and we're in this together. That's who I am and that's the world I hope my music creates."