Whether it was the characters' new looks or the onscreen action, something about it just seemed off, and with the trailer lacking any visible gameplay, fans didn't actually know what the game would be. As I went into the Marvel games panel at San Diego Comic-Con yesterday, I wondered if the new demo footage they were showing off would prove fans' worst fears right or completely reassure them. I think it did the latter, and that's all thanks to the powerful way the Avengers are being portrayed in the new game.

At first glance, the story in Marvel's Avengers doesn't seem all that unusual. The Avengers—in this case, Iron Man, Captain America, Black Widow, Thor and Bruce Banner—are in San Francisco to commemorate the opening of the Avengers' west coast branch and celebrate Avengers Day with the world. Of course, it's not long before destruction ensues. After an explosion on the Golden Gate Bridge, the Avengers jump into go mode to take down whatever threat awaits them.

It seems that the villainous Taskmaster is behind the attack. He seems to have a beef with Black Widow in particular and hints at their shared past as former S.H.I.E.L.D. agents. Soon, the Avengers also realize that Tony Stark's technology has been hijacked by evil forces and Captain America makes the ultimate sacrifice, losing his life to save the city and his colleagues.

In just 20 minutes of gameplay, the demo managed to completely shake up the remaining Marvel heroes, shaping them into different people in the aftermath of the event. The bulk of Marvel's Avengers takes place five years later, and the game's roster of some of the top voice actors in the business explained what makes these versions of the characters so different than the ones we might know from the MCU. 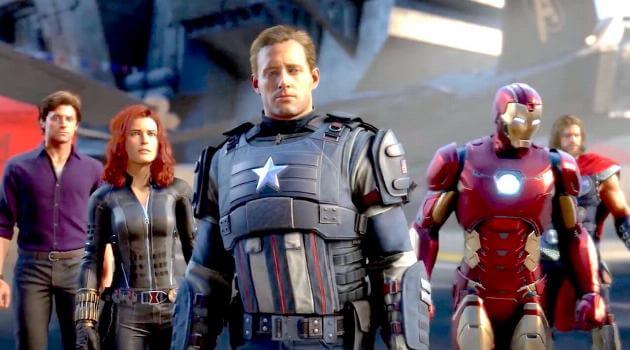 Nolan North is probably best known for playing Nathan Drake in the Uncharted series, and in Marvel's Avengers, he's taken on the role of a Tony Stark who's even more sarcastic than the one in the movies. Of course, abuse of Stark Industries throws his whole life into disarray in the game.

"The story is really cool because, as you can see, things mildly go wrong," Nolan quipped. "Tony, being the control freak he is, has no control. It's playing a Tony Stark who's lost all his tech and toys." 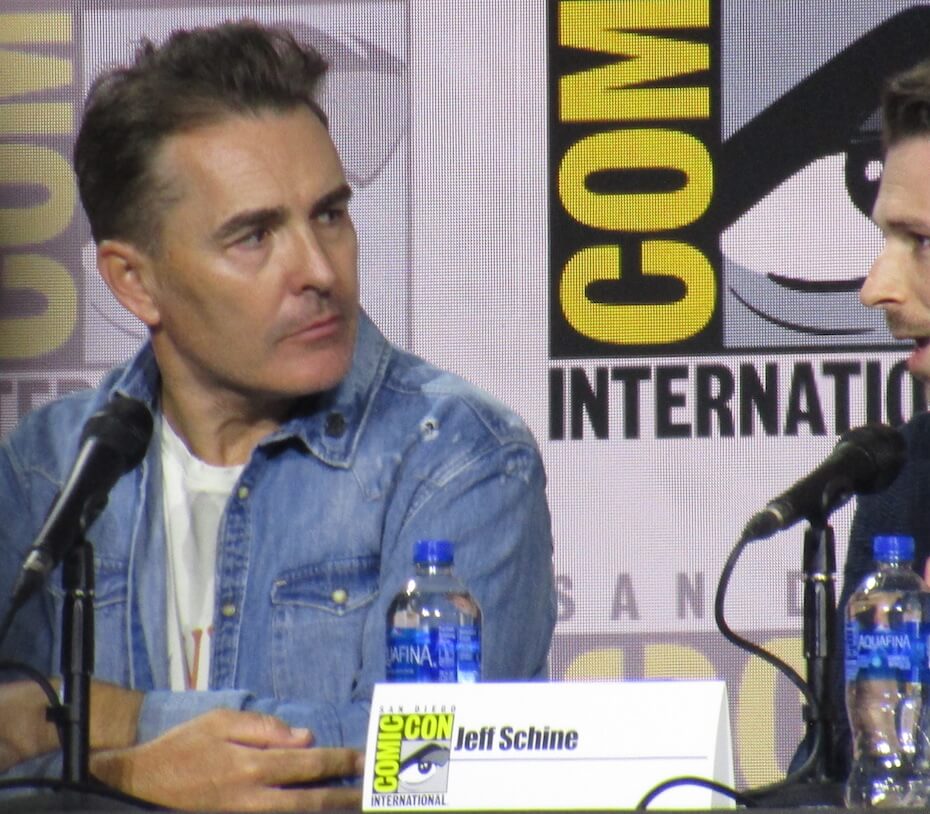 Laura Bailey is one of the most prolific women in voice acting, and she's played Black Widow more than a dozen times in various voice roles. But this time around, Natasha Romanoff is a little different.

"I've never played her in the place emotionally that she is for this project," Laura explained. "She's put in charge of keeping everybody on the bridge safe, and she accomplishes that task, but in doing so, she isn't able to help Captain America. She's succeeded, but she feels like she failed. She failed him and she failed the team. I got to play Widow wracked with guilt, which is so new." 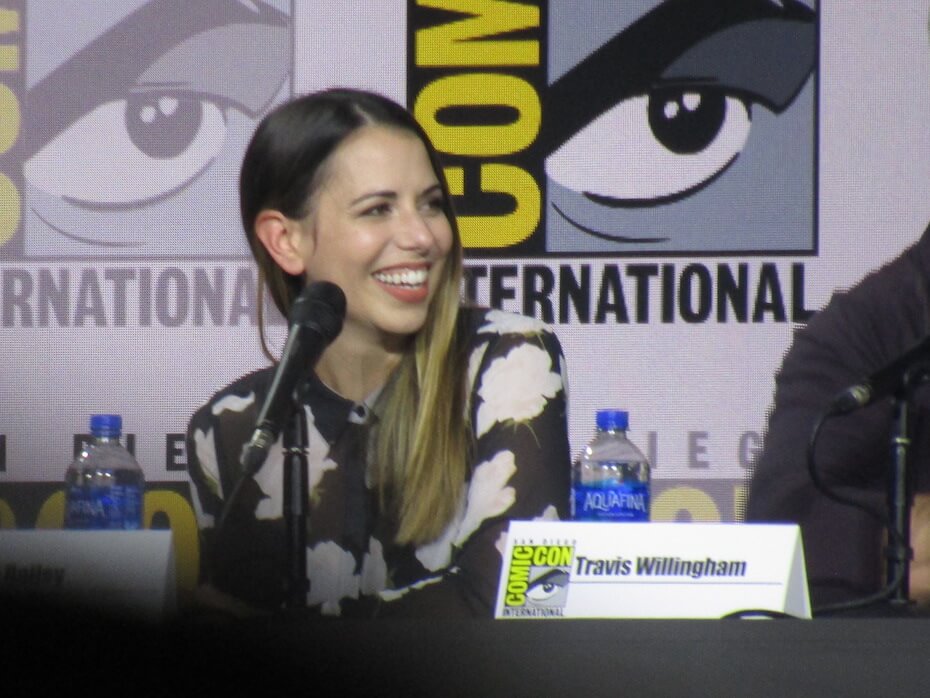 Actor Travis Willingham (who happens to be married to Laura Bailey) has also voiced Thor more times than we can count. But again, he's never been Thor like this.

"We've seen a lot of different variations of Thor where they played with him struggling with his worth," Travis said. "Is he worthy of this title and responsibility? I think in this instance, he really feels like he failed the Avengers. He failed Cap, and Cap's maybe the only one on his team who's really worthy of lifting Mjölnir. He really feels responsible, not just for the team, but for these humans, for Midgard. He's really struggling with his role, what he's done and how he's helped to protect his realm." 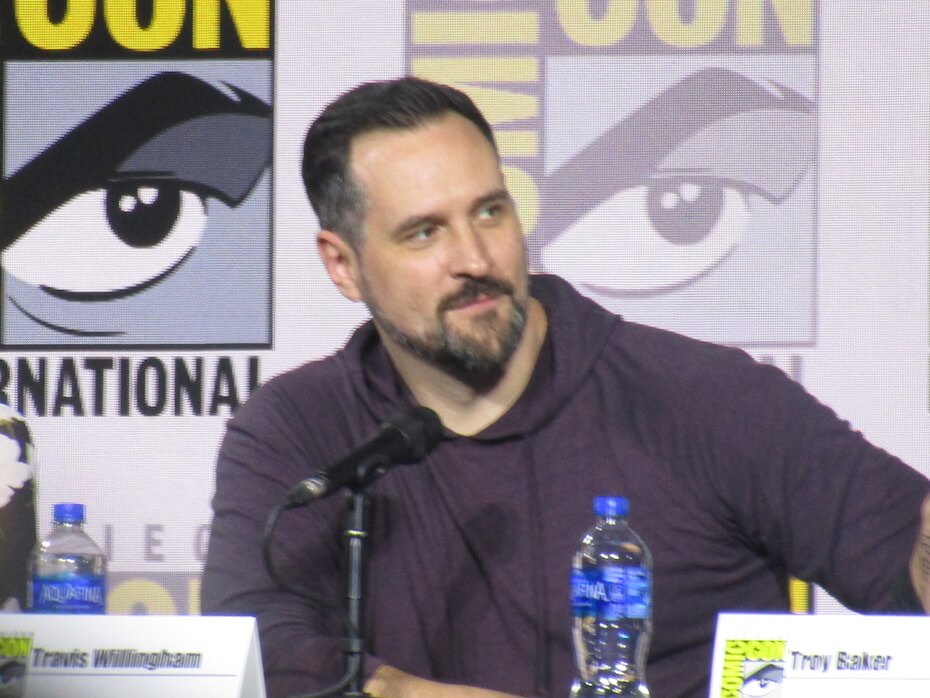 And then there's voice acting royalty Troy Baker voicing Bruce Banner—but not Hulk—for the first time ever. While we've seen Bruce resist transforming into the Hulk before, he explained that this time, his reasoning is entirely different.

"What I love in Marvel comics, and especially Hulk comics, is that this was thrust upon him," Troy said. "He didn't want to be a hero. He's just a really smart guy. This day you saw in the demo proves him right, that we shouldn't be doing this. That this is wrong. And it puts him to the point where he doesn't know if he ever wants to become Hulk again. If he ever wants to be an Avenger again." 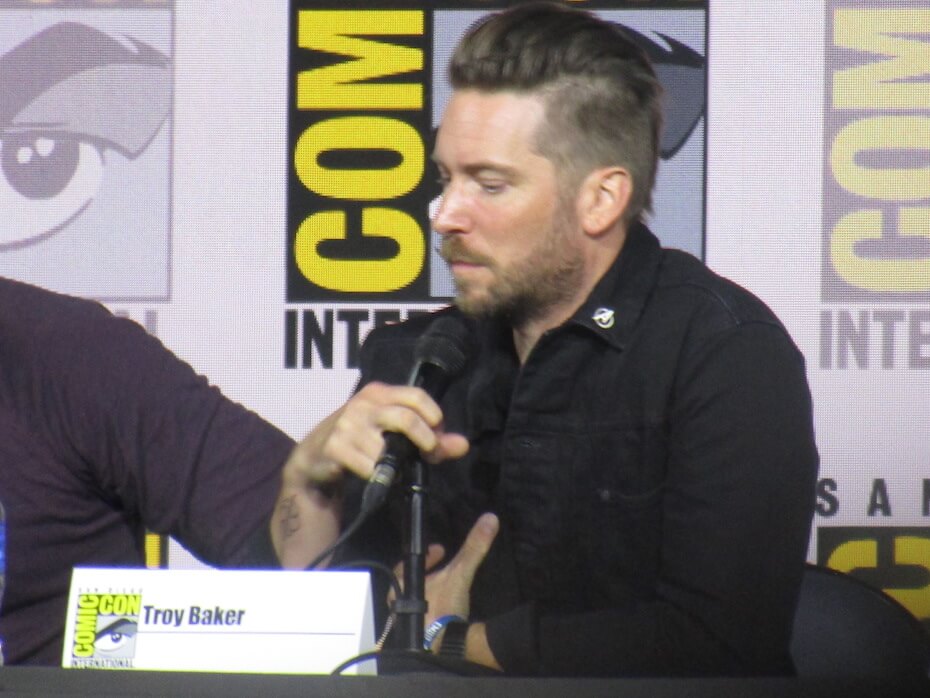 With all of that heavy characterization going on, what might be able to put the Avengers back on the right path? Well, the whole story happens to be narrated by a young woman who was an observer on Avengers Day, and all signs point to her being Kamala Khan, who eventually becomes Ms. Marvel in the comics.

During one scene in the demo, we see a young woman who resembles Kamala wearing a top with a design resembling Captain Marvel's hero suit. While this is mere speculation, I'm hoping Kamala might be the glue that reunites the Avengers and makes them the heroes they were once again.

For even more on the Avengers, click HERE to find out which Avengers: Infinity War character you are, based on your zodiac sign.