Here's What You Should Know About Speechless Star Mason Cook

One of the best parts about the show is the charismatic and hilarious Mason Cook, who always keeps us coming back for more. Get to know the guy behind one of our fave TV characters below. 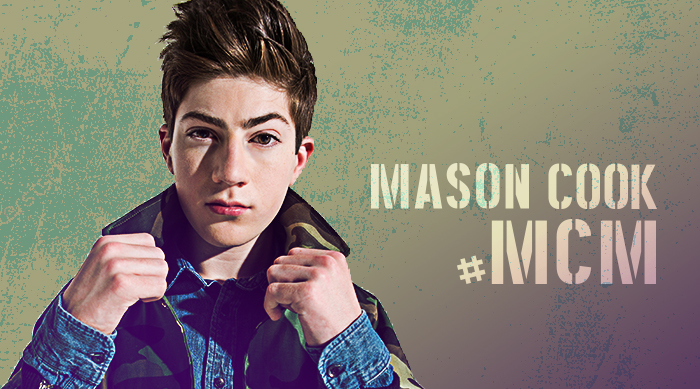 2. He loves pancake art and wants everybody to know how amazing it is. "My favorite is @drdancake on Instagram," he gushes. "Who knew that you could make a Pennywise pancake!?" Thanks for the new obsession, Mason. Excuse us while we go down a pancake art hole.

3. The superhero movie trend is his favorite so far. He loves watching the action while snacking on popcorn and Buncha Crunch.

4. Already well-versed in adventurous activities like snowboarding, next on his list is scuba diving. "Growing up, I was obsessed with watching [the] Discovery Channel and Animal Planet," he shares. "My favorite part about those shows were always the marine life episodes."

5. His family calls him the King of Facts You Never Wanted to Know, which is a hilarious way of saying his brain is full of random trivia.

6. His role on Speechless is his most important yet. "I like that it shows a different type of family dynamic than what we usually see on TV," he says. "Each week, my character, Ray DiMeo finds himself in a new awkward and hilarious situation."

7. The scent of fresh-baked cinnamon rolls is his favorite in the world. "One day, I really want to make a massive skillet cinnamon roll and eat the whole thing myself!"

We all love a charming actor like Mason, so it's only fitting you get to know THIS future DCOM star, Milo Manheim, too.