Here's What You Need to Know About HSMTMTS Star Matt Cornett

With serious acting chops and an amazing voice to boot, it didn't take him long to make his mark with us. We simply had to learn all about him, and this week he told us all about what makes him unique. Keep reading to find out all about it. 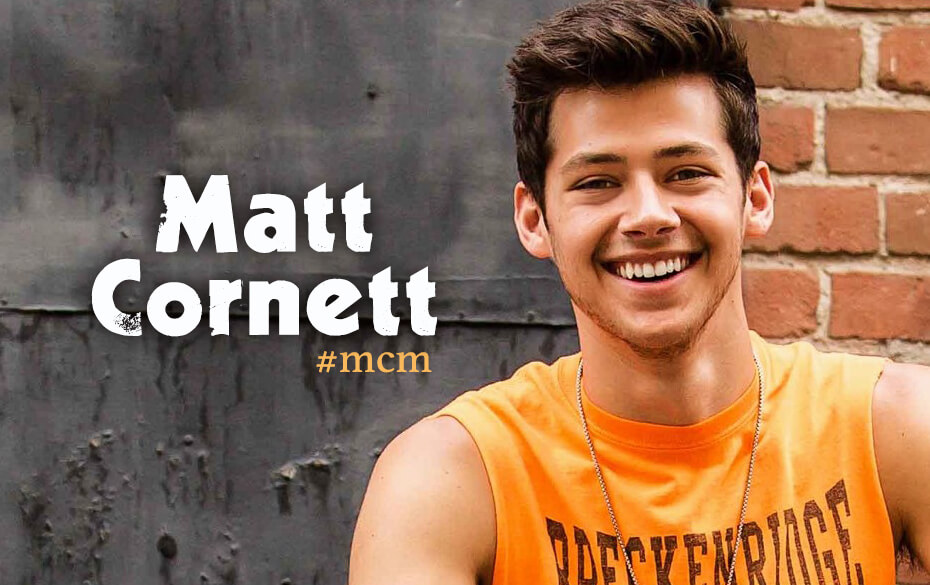 1. The Office is the last show Matt binge-watched. He thinks it's one of the funniest shows ever.

2. He loves the smell of fresh coffee in the morning.

3. The No. 1 thing on Matt's bucket list is traveling to Fiji.

"They have an underwater hotel called the Poseidon that I would die to stay in."

4. He's always been inspired by the characters of the Marvel Cinematic Universe.

"When I watch a movie and see how all these superheroes are ripped, it definitely makes me hit the gym for like a week straight. Then I realize that Thor definitely didn't just get like that in a week."

"Everyone talks about how the '90s were amazing and how they always had the best cartoons, kids' shows and the best toys. I was born in '98 so I've always joked that I'm a '90s kid. But I was only in it for two years, so really I'm not."

6. A Bugs Life has been Matt's favorite Disney movie since he was little.

"I don't know what it was about it, but I loved it. I think it was just the thought that bugs live out their lives just like us. They have parties, and music and jokes."

7. He's a huge country music fan, and his favorite song of all time is Brett Eldrige's "Wanna Be That Song."

9. He's not afraid to cry during sad movies.

"I take after my mom, who will cry when someone wins American Idol. I'm definitely a big soft teddy bear when it comes to any emotional movie."

10. If he could bring three things with him to a deserted island, he'd pick his phone, lots of Reese's Peanut Butter Cups and a friend so he'd have someone to hang out with.