Everything You've Ever Wanted to Know About YouTuber Matt DeFreitas

You may know him from his YouTube channel RollUpHills, but if you don't it's time you got to know the guitarist and singer behind it, Matt DeFreitas.

On his channel, you'll find cover performances of artists including Justin Bieber, Camila Cabello and more! If that isn't reason enough to check him out, scroll down below for a few fun facts about this talented dude. 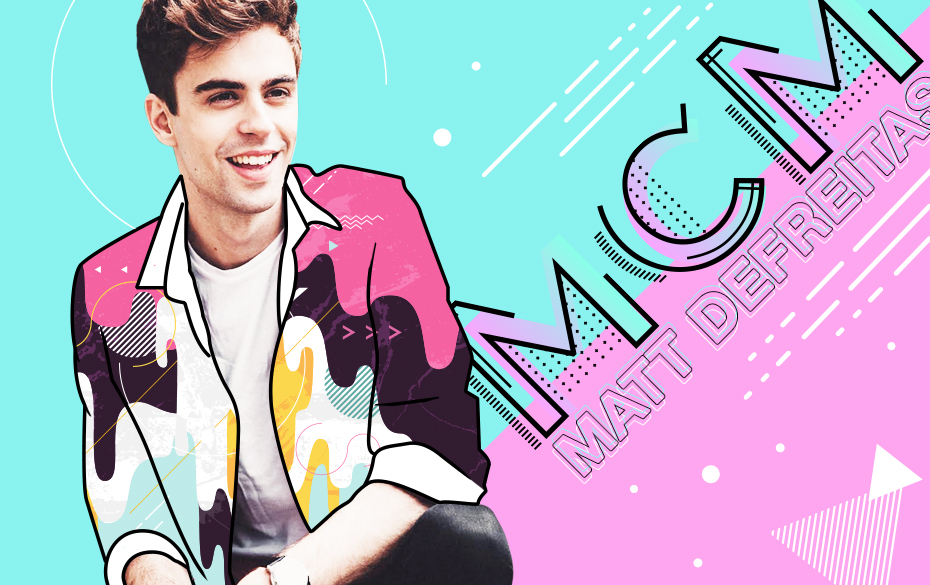 1. He is all about the '80s because it "seemed like a pretty fun time to live in," he tells Sweety High. He also can't stop listening to all the music that came out then, either. Even his style is rooted in a few '80s trends and we're loving it.

2. One of his all-time favorite movies is Forrest Gump. "There are so many good life lessons in that movie which stuck with me," he says.

3. Although music is his first love, he always wanted to act, too. "I'd love to learn more about that and maybe eventually do it professionally," he says. "I'd need a lot of practice though!" As much as we would love to see him act, we think music is definitely his calling in life.

apologise ft. me & my cold.

4. As for Disney movies, he is a huge Toy Story fan. He was totally obsessed and had Woody-themed bedsheets and curtains. No shame, who wouldn't love Toy Story décor!?

5. If he could pick anyone to be his musical mentor, it would be Michael Jackson.

6. If anyone were going to make a movie about his life, he would want Andrew Garfield to play him. "I feel like we have similar builds—tall and skinny—except he has muscle and I don't," Matt jokes. "He's also an amazing actor!" We definitely see the similarities between the two.

7. According to Pottermore, he's a member of House Ravenclaw and is "totally cool with that!"

We can't stop listening to Matt's YouTube covers, but we also think you need to hear THIS new summer anthem by Zach Clayton.